How organic agriculture in Cuba saved its population from hunger

Cuba's example shows that sustainable development isn't only possible, it's necessary. This country was forced to abandon its sugar monoculture and has survived thanks to organic agriculture.
The fall of the Soviet Union left Cuba in a dire economic situation. Cuban citizens started to grow crops on their balconies whilst farmers, left with no petrol or pesticides, were forced to resort to traditional methods to feed themselves. This started a true revolution: that of organic agriculture in Cuba.

Cuba’s “special period”
Cuba is often associated with sugar. In fact, right until the fall of the Soviet Union in 1991, this country had been its greatest exporter; cane sugar was the principal crop being cultivated, which entailed a large use of pesticides. From that year onwards the situation changed: with the disappearance of its main recipient, the Soviet market – also necessary for the importation of petrol – the Cuban economy suffered a great blow and entered what is euphemistically called the “special period”, made even worse by the tightening of the America embargo.

Were all those pesticides really necessary?
Without petrol (or money) there was no way to import food for the Cuban people. Therefore, its citizens were on the verge of famine. More and more people started growing crops on their balconies and gardens, and farmers were forced to alter their cultivation methods: they returned to ploughing fields with oxen, got closer to their customers through direct sales and used natural alternatives to pesticides. “Boats had arrived from the Soviet Union full of chemicals and fertilisers and suddenly there were no more boats from the Soviet Union, and people asked, do we need all those chemicals?,” Miguel Angel Salcines, the owner of one of Cuba’s organic farms told British daily The Guardian. 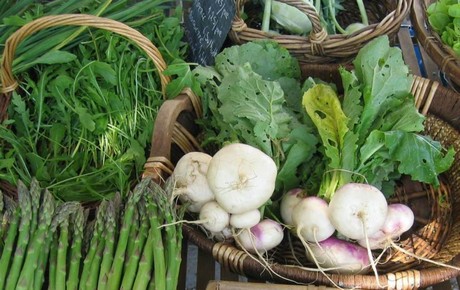 The growth of organic agriculture in Cuba
This is how organic agriculture took a hold in Cuba. Today, small plots of land – no larger than 40 hectares – are being farmed without using pesticides and all products are sold locally. The government has supported citizens’ initiatives through land concessions and the creation of a body that coordinates and promotes the development of sustainable urban agriculture. This is how people have been able to feed themselves and the country managed to cut some of its dependence from imported goods. The transition hasn’t yet become definitive and the process has slowed down as the economy has improved, and we must also take into account that massive amounts of pesticides were used on many of the lands where crops are now grown organically. Nevertheless, a study that was published in Monthly Review magazine shows that from 1988 to 2007 the country increased the production of vegetables by 145 per cent, decreasing the use of pesticides by 72 per cent.

“Organic agriculture isn’t a mirage, and the closing of half of the country’s sugar refineries represented the first step towards our food independence,” according to Fernando Funes Monzote, who has a Phd in Agronomy and is the son of one of Cuba’s greatest supporters of organic agriculture. Even though it isn’t perfect, the country’s transition towards a new agricultural model is an example to others as it shows that sustainable development and food security are attainable and deeply connected.