The grape harvests in Peru, Chile and South Africa are in full swing. Vanguard provides an update from their different grape growing regions around the world.

Peru: Unrest in the South has settled, allowing harvest and shipments to resume.

The Northern region has finished approximately 90 percent of its 2022-2023 season harvest. Ica is approaching peak weeks of harvest. 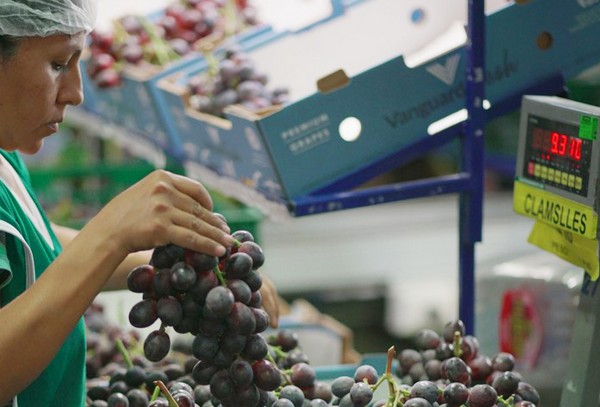 Copiapo and Vallenar valley are in full harvest while Elqui and Ovalle are reaching peak output.

A new forecast was released last Monday, forecasting 67,741,801 8.2kg equivalent boxes for this season--nine percent lower than past season.

South Africa: This region is currently up 42 percent on global exports. This season has produced 13.8 million cartons.

The Northern province has had close to 40 inches/1000mm of rain since the start of the season so quality and condition are being watched.  Sweet Celebration™, Crimson, Autumn Crisp™, Adora™ and Scarlotta™ are being packed but volumes are expected to be down by 17.7 percent at the end of the season.

The consensus from growers in the Orange River region is they will achieve profitability due to the losses incurred by the heat wave in October and the poorly timed rain on the mid-season varieties. Later varieties are faring better, but not nearly enough to make up for the losses in early and mid-season production. This area still has around 10 percent of grapes left to harvest. Varieties still available are THS, Adora, Allison™, Magenta, Sweet Celebration, Timco™ and Autumn Crisp.

Olifants River (Pitto) had some rain in December which affected some of the early varieties. They have moved to Ralli, Midnights and Sweet Celebration and volumes look good. They will also soon start with THS and Ivory™.

Berg River Area (Le Roux) had between 18 and 43mm of rain also in December, which meant losses on some early varieties including Prime, Firestar, Starlight and Tawny.

Hex valley is seven to 10 days earlier than last year. Rain damage could be seen on Prime and Starlight but the Arra29™, Tawny, Flame, Sable™, Arra15™ and Timpson™ previously being packed, but any signs of damage have now diminished. Midnights will follow next week.