Outside Polokwane, Limpopo Province, where Jan Hoogendyk established four hectares of Wonderful pomegranates nine years ago, he has made the brave decision to stop the application of chemicals and fertilisers. Tarentaalkraal supplies the Tshwane and Johannesburg municipal markets with pomegranates, and last year started juicing their own fruit. 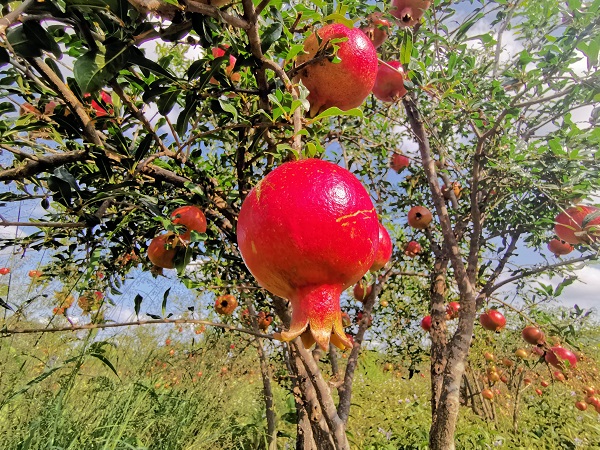 In his decision to drastically reduce chemical use on the farm Jan was spurred on by the 100% to 150% increases they have seen in chemical costs over the past two years.

Chemical and fertilizer applications cost them an annual R300,000 (16,600 euros) for their four hectares of pomegranates.

“I sprayed almost nothing last year, and currently we’re applying compost made with sheep manure,” he explains; they farm with 120 Dorper sheep apart from pomegranates. “What irks us as farmers are the big profits that fertilizer companies are making while our costs are skyrocketing. I think more growers will have to start looking at biological alternatives. I decided this year I would not put any chemicals on the trees and apply no nitrogen or potassium fertilizer this year and the next.” 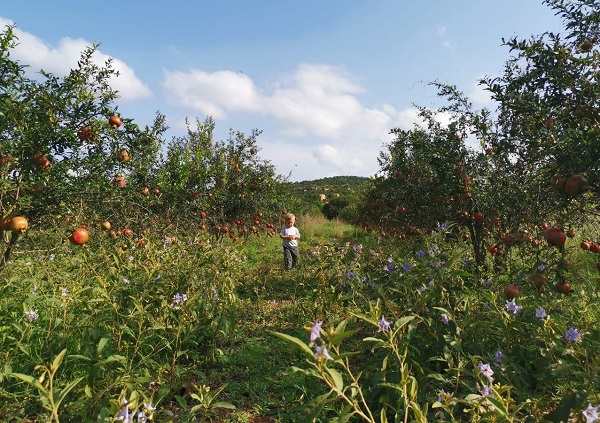 They have had higher than usual rainfall in Limpopo Province and bacterial black spot is a major problem on their fruit this season. He has approached the Agricultural Research Council for advice, as well as an integrated pest management company.

“We need to improve our soil quality for a stronger root system that is able to source more trace elements from the soil. We want to farm naturally as far as possible because a healthy tree has healthy fruit,” he says.

“It’s a big decision to take but you have to. You have to find a way to get a grip on runaway production costs.” 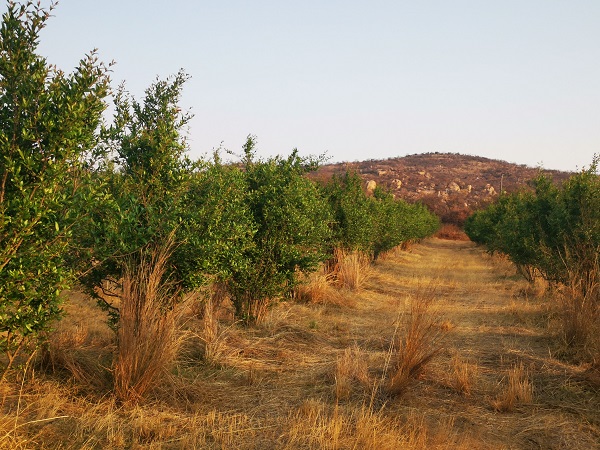 The farm, named for the abundance of guinea fowl, lies south of Polokwane (photos supplied by Tarentaalkraal)

Juicing facility
This season – their pomegranate harvest starts towards the end of February – their fresh volumes will probably be much reduced as a result of the bacterial black spot and they will juice most of the fruit.

They have established a juicing facility on the farm to address the absence of pomegranate juice available. Their juice comes in 250ml and 1 litre bottles.

“There is no other pomegranate juice on the market and we’re trying to fill that gap,” he says, while also creating another outlet for their fruit. 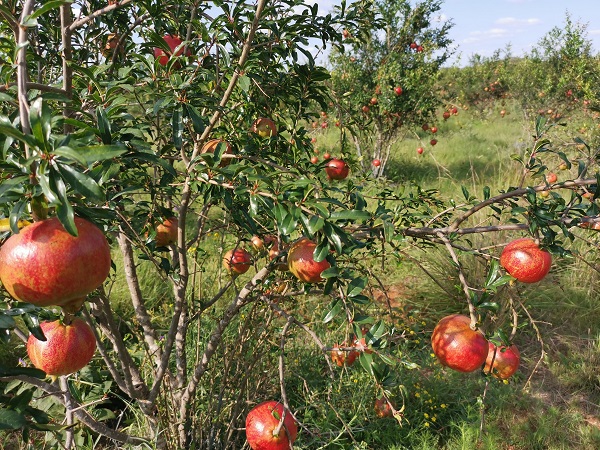 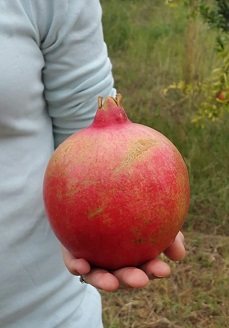 His experience with retail has been frustrating, specifically because of the significant difference between what they received for their product (between R38 and R48, or 2 to 2.6 euros, for a packet of 12 pomegranates in the past).

The retailer then proceeds to sell for as much as R50 (2.74 euros) per single fruit, which consumers resist.

Jan believes retailers are inhibiting the growth of the pomegranate market in their quest for high margins.

“It becomes too expensive to put volumes on the market on the one hand, and on the other hand people aren’t buying pomegranates because they’re too expensive. The relationship between what we as producers get and what the retailers make is completely skewed.” 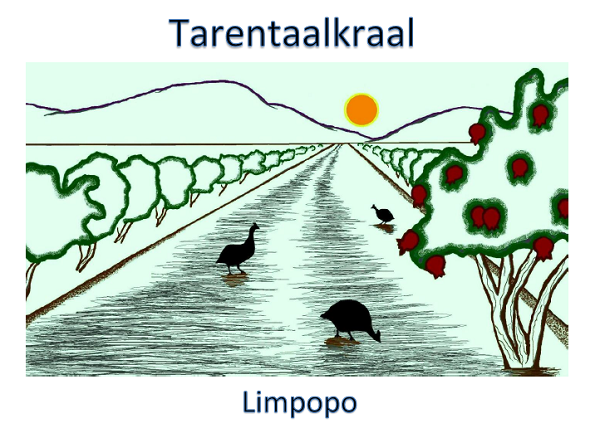