"Our soil and climate seem ideal for growing saffron"

Many people are still relatively unfamiliar with saffron. This spice originally comes from the Middle East, with more than 90% of the global production still coming from Iran. By weight, saffron is costlier than gold. Yet, in Europe, one does not necessarily have to look to the Middle East for this product. This "red gold" grows in Belgium, in the Kempen region near Antwerp. "The soil and climate seem ideal for growing saffron," says Linda Van den Bulck, who, with her husband, has a saffron farm, Belgische Saffraan, in the area. 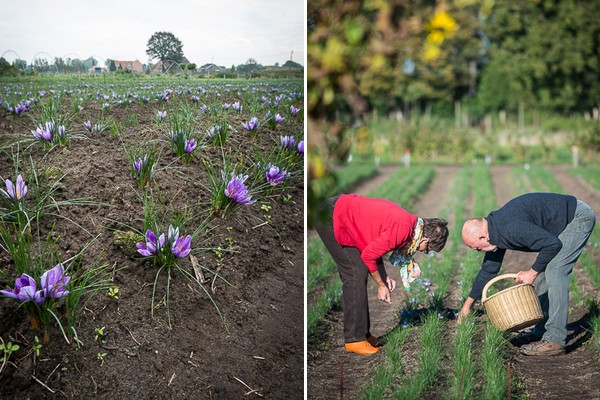 On impulse
Linda and Marc's passion for cultivating saffron was a pure fluke. "We lived in busy Antwerp but decided to escape to the nearby countryside. Here, in Kempen, it's much greener and quieter. We found a farm with the idea of converting it into a home and B&B. But there was quite a bit of land attached. My husband had plans for most of it, but we were left with an unused bit." That was in 2010, when growing saffron had not occurred to them at all.

A leap in time to 2012 brings the couple to Brittany, France. "We read a story in a local newspaper about a psychologist who had hung up her degree and started a saffron farm. We went to talk to her, and our interest was abruptly quelled. She'd planted 5,000 plants without a single thread to harvest. That put us off a bit, and we decided to forget that idea. But, on the long car ride home, we got to talking. What if we just give it a try? Kempen soil is poor, sandy soil. That could make a difference compared to Brittany's rich soil," says Linda. 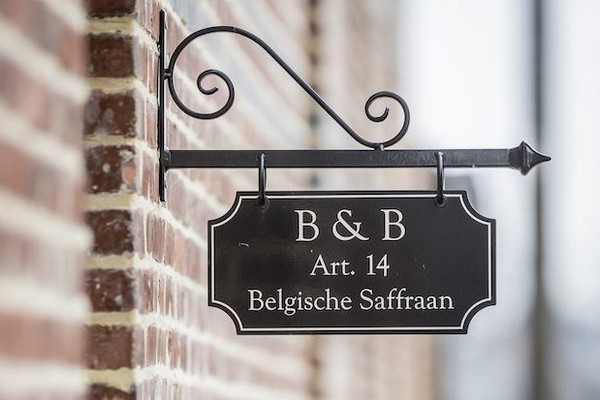 And, as they say, the rest is history. "Very impulsively and without prior training, we planted 1,000 tubers of Crocus sativus Linnaeus. We understood to expect, at most, a 30% yield, which was plenty compared to the lady from Brittany's zero percent." However, their first harvest's results exceeded all expectations.

"In the end, we managed to harvest almost 53%, so the next impulsive decision followed: founding 'Belgische Saffraan', a professional nursery. I'm the madame on the inside (networking and processing), and Marc's the gentleman on the outside (cultivation)," Linda characterizes the labor division.

Extremely labor intensive
It seems it all went fairly smoothly, and it partly did for the pair. "The advantage is that it turned out that the soil and climate were indeed excellent for growing saffron. Nevertheless, you're largely dependent on the climate, just like any open-field grower. During harvesting, there should, optimally, be a ten-degree Celcius day/night temperature difference."

"This fall, for example, we had that for only four days. That resulted in a smaller yield this season;  it simply didn't get cold enough. We face these unexpected challenges every year, but that also makes keeps it interesting," says Linda, laughing. 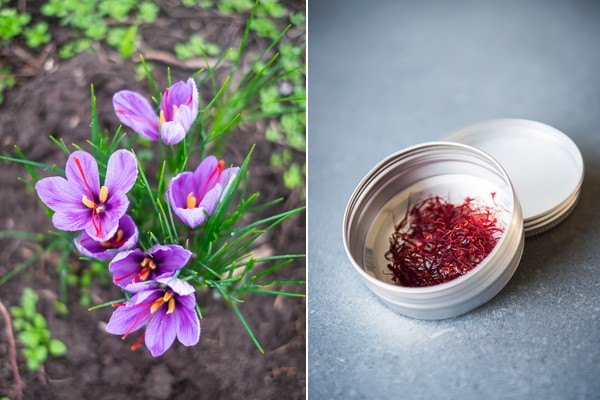 That is not even mentioning the extremely labor-intensive harvesting. Simply put, saffron is the dried ends of the saffron crocus' stigmas. The Van den Bulck's few thousand square meter acreage must be harvested entirely by hand. "That may not be as big as a cauliflower or potato field, but an average saffron grower can average about 1,000 square meters per day."

"So it's much smaller, but experienced growers can pick a thousand flowers per hour. For these 1,000 flowers, you then need four hours to remove the pistils. Then you need 170 flowers per gram of saffron." That gives some idea of the amount of time and labor that goes into this kind of farming. "You can't compare it to other crops," Linda admits.

Saffron with a tale 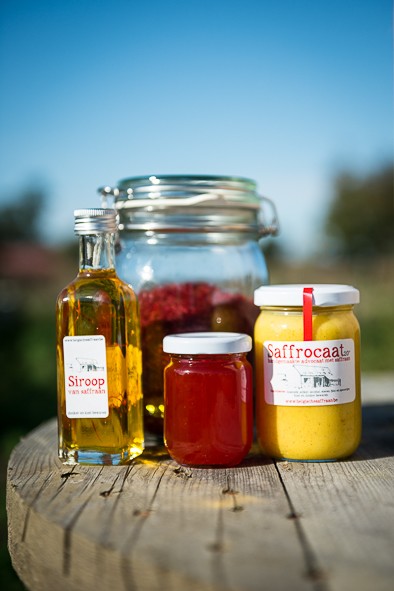 'Belgische Saffraan' sells most of its saffron to individuals, with some going to chefs, chocolatiers, and bakers. "I think we sell 80% to private people, and that's deliberate. Our saffron costs about €35/gram."

"That's slighter pricier than saffron from, say, the Middle East. That's why we don't want to sell it in stores next to the cheaper product. We want to tell its story," Linda continues.

"This is a local product grown sustainably and under good working conditions. People must know that so they comprehend the higher price. That's also why we give tours, and then people always understand the higher price. You can't do that so easily in stores."

They also incorporate their saffron into various alcoholic drinks like gin, limoncello, and the fruity 'De rode van Morkhoven' in partnership with a distiller. However, one of the first products launched was their Saffrocaat: a type of eggnog that uses fresh eggs and saffron.

With this, they snatched first prize at the international Hoogvlieger Fish & Chips competition in June 2014. Here, their Saffrocaat was chosen as the most unique, innovative regional product of the Channel Zone countries (Belgium, Netherlands, France, and the United Kingdom). 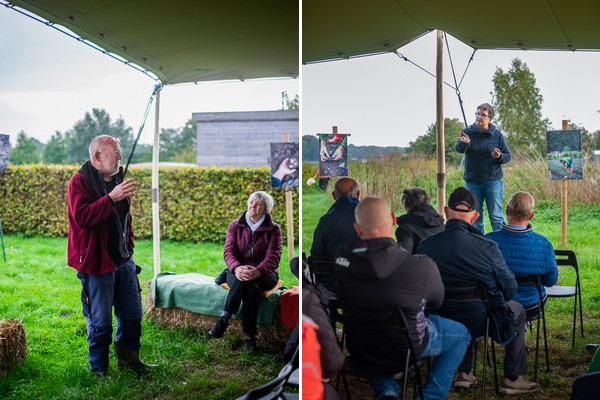 With chefs, Linda and Marc limited themselves to a carefully chosen selection. "Regional products are trendy these days, so many restaurants like having them on the menu. However, then it has to be a truly regional product. We've sometimes been used as a signboard, even though those people don't regularly buy from us. That has led to us having only a few trusted business relationships," Linda states.

"That's nicer, and those buyers keep returning. We often hear people are won over once they've worked with our product. Local saffron is genuinely far different from the imported product." These growers, thus, see an ever-increasing demand for local saffron. "People are becoming more aware, and it's great to see the chefs' passion." 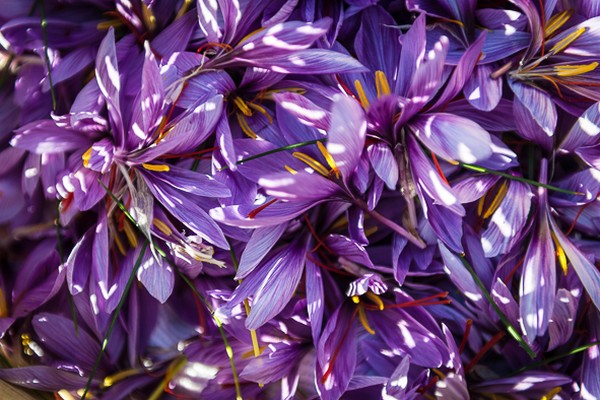 Not nearly done
Asking about the future, Linda immediately indicates that they have not nearly reached saturation. The pair, who grow other fruits and vegetables for their own consumption, too, still have big plans. "We've had many great and not-so-great adventures since we started. It's been a rollercoaster ride where we've had to learn as we went along. And we're still learning."

"Still, we remain greatly fascinated and are considering introducing new products in 2023. We're also going to take more of a culinary route with, perhaps, arrangements with guest chefs and expanding the B&B offering. We're certainly not going to sit still. It's way too much fun, and it keeps us young," Linda concludes with a smile.