South African stonefruits that reach Europe before Christmas earn a premium, and fortuitously the stonefruit harvest has had an early start of around ten days. 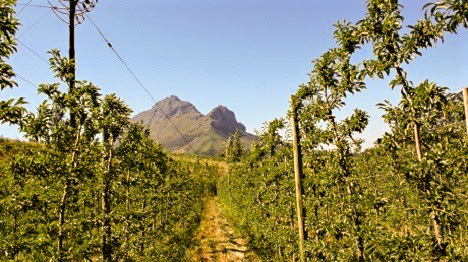 An apricot producer in the Klein-Karoo notes that his Bebeco apricots are to all intents and purposes fully harvested, while last year this time the harvest was yet to start.

The apricot harvest is proceeding at a brisk clip (with fruit reportedly a bit smaller than last year) and, says an exporter, "it's been the best apricot season in years".

"The Brix is good with a nice blush this year, and the tonnes are there," he notes. "Also a size smaller, but other than that a very good apricot season."

Apricot exports are expected to rise by 11% this year (recent weeks would seem to support that estimate), and on the local market the fruit has been more visible than other years with very high eating quality.

In some areas of the Western Cape the last apricots will be picked next week when it’s all hands on deck for the plum crop, calculated to be 5% up on last year.

A corollary to the early start to the season has been smaller fruit which limits exporting options.

After a couple of difficult years there are early stonefruit producers who opted to minimize their exposure to exporting risk and shipping costs, with accordingly more stonefruit going into local retail.