Banana marketers head back to school

For Kim Chackal, director, sales and marketing for Equifruit, it was a chance to go home again. Almost. Last month, Chackal and Jennie Coleman, president and owner of Equifruit, were invited to speak at Concordia University, Chackal’s Alma matter in Montreal, Canada. The two had been invited by professor Jordan LeBel to speak for his Food Marketing class on the topic of innovation. 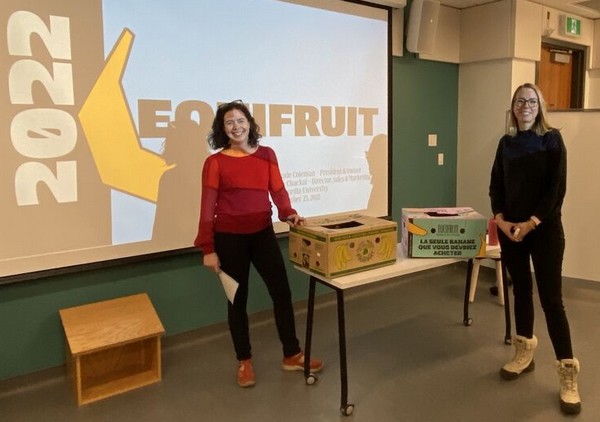 Equifruit's Jennie Coleman (left) and Kim Chackal recently spoke about the banana industry and the Equifruit brand to a Food Marketing class at Concordia University.

There the two shared the message of Equifruit’s journey marketing a Fairtrade banana brand and how it’s evolved since 2006 when the company was founded. “We talked about how our messaging, packaging, social media and website evolved to execute a strategy that appeals to the masses,” says Chackal. “Our previous strategy was focused on a niche, niche market of organic Fairtrade consumers and we are in both the organic and conventional space, though 100 percent Fairtrade. So we talked about making that appealing to every consumer segment and everyone that eats bananas, which is most of the planet.”

Coleman began by outlining Equifruit’s history, touching on the need in the industry for Fairtrade certification and how bananas are typically used as loss leaders within the retail space. “She also talked about how there hasn’t been too much innovation on the marketing end so students had the context for why our brand existed,” says Chackal.

Why rebrand?
Chackal followed up by reviewing Equifruit’s earlier branding and messaging and discussed how that wasn’t resonating with the masses. Instead, the company rebranded in 2020 with the intent to shift consumers' perspectives on bananas.

“My goal is to debunk this myth that consumers buy bananas on price as retailers are led to believe. This audience, where the average age was probably 20, they’re not paying attention to price the way retailers think they are,” she says. Chackal asked the students questions such as: how many of you eat bananas? (They almost all did.) Did they know how much bananas cost? (They didn’t.) What did they buy bananas based on? (Ripeness/color.) 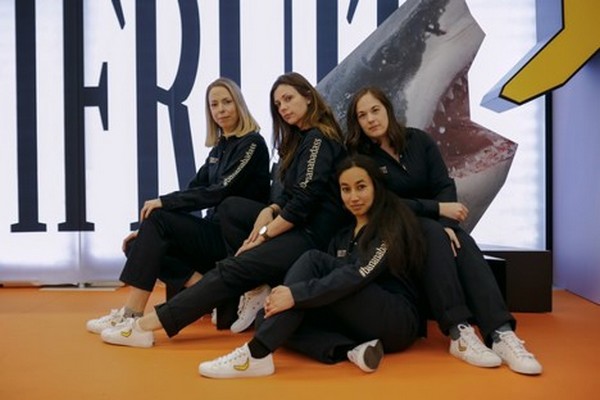 At the recent IFPA show, the Equifruit team wore matching #BananaBadass jumpsuits in a colorful booth that also housed a six-foot shark.

“The general sense we had afterward was that we were just filled with optimism. When we explained the issues in the banana industry and presented Equifruit as a solution and a brand to look for, they were very supportive and excited to see this local woman-led business standing up to multinationals and challenging the industry to improve,” says Chackal. “We call ourselves banana badasses and that term resonates with them.”

Expanding its reach
Today, Equifruit is working with supplies, which remain steady, out of Ecuador, Peru, Colombia, Nicaragua and Mexico. (Though it has a list of growers around the world ready to work with the company.) “We just need to find more markets for the fruit. We’re focused on developing sales in the U.S. and we’re well positioned for growth,” Chackal says. “Demand has been steady, even though the multinationals have the same Fairtrade certification now and our market has become much more competitive. Even with that, we’re seeing terrific loyalty.” 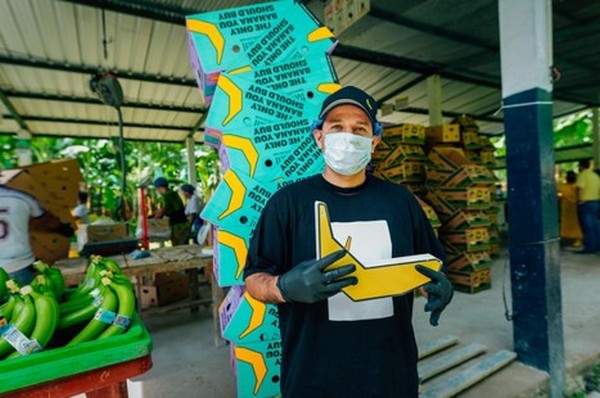 Equifruit is working with suppliers out of Ecuador, Peru, Colombia, Nicaragua and Mexico.

It’s loyalty the company has worked towards, particularly since its brand rebuild. “We talked about how our branding wasn’t very fun and exciting for the first 12-13 years of the business. So we tore it apart and built it back stronger and that was a good lesson to them,” says Chackal. “When thinking about innovation and food, we were able to just show them that you don’t always get it right the first time. It’s important to be critical of your work and be brave enough to fix what’s not working.”