The Tasmanian summer has gotten off to a slow start after a cold wet spring, because of this the cherry season is running a little bit late.

“We will start the cherry harvest in the first few days of the new year,” said Howard Hansen from Hansen Orchards. “Despite the weather and challenging growing conditions, we are expecting a good cherry crop. 100% of our production is under rain covers, these were initially intended to be used later in the growing season but we are now using them throughout the growing season from flowering to harvest to create a better growing environment.”

Hanson’s crop forecast is 50% up on last season, Howard said that last season was down on a normal year, but the good crop is mainly down to the rain covers.

The timing of the Lunar New Year is earlier than ideal for the Tasmanian cherry crop, Howard said it is the earliest that he has seen in his career.

“We have built our business around this occasion, with demand for our premium cherries driven by the gift giving culture of the Lunar New Year celebrations. However, this year we have been presented with quite a challenge, as we will have only harvested and sold 30% to 40% of the crop before the Lunar New Year.

"We knew this challenge was coming though, so we have spent many months planning with our customer base on a strategy for post Lunar New Year and in the end we kept coming back to the same conclusion, this is actually a great opportunity for us. We have planned a lot of promotional activity and the immediate post Lunar New Year market always sees a significantly reduced price point for customers. Our mid to late season varieties are some of the best eating cherries we have, so the opportunity for us will be to expose our brands to a lot of potential new customers that we hope will convert into long terms loyal customers.” 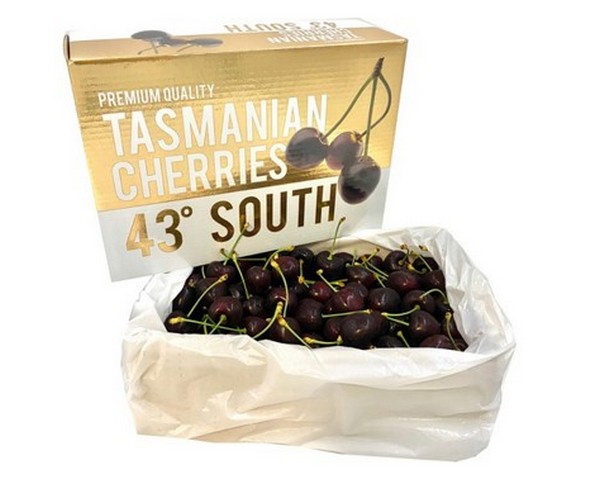 The mainland Australian crop has also had its challenges caused by cold wet weather and it is running around 10 days later than normal, this is good for their export to Asia for the Lunar New Year, but may cause a bit of a clash on the domestic market when Tasmania starts the harvest.

Hansen Orchards installed a new state of the art packing line in 2021 and at the peak they were packing 20 tons per hour last season. 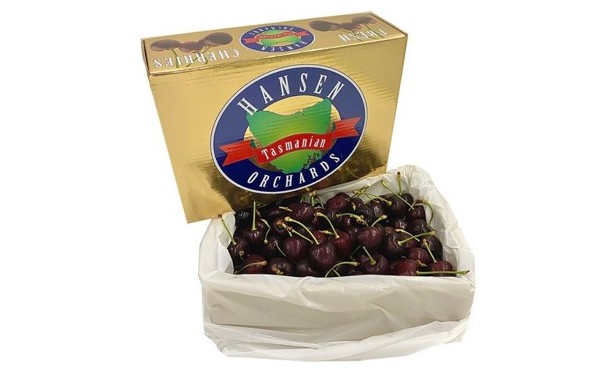 “The new packing line is going really well and allows us to pack fruit at under 1 degree, giving our cherries great shelf-life.”

Hansen has also been investing in new rain covers for the orchards. “Some of the original rain covers are 10 years old, so are replacing around a third of them in the Derwent Valley. We also have new a block of cherry trees in the Huon Valley, with 40 hectares of late varieties which will allow us to extend production into the last half of February.”