This year's European grape season flowed seamlessly into the overseas one. "We've had years when there was still plenty of European product in the market when Peru and Brazil began; not this year. We received the last Spanish grapes in week 45, and currently, mainly Brazil and Peru are ringing the bell. We'll get the first South African grapes next week," says Jaap den Boer of the Dutch company Olympic Fruit. 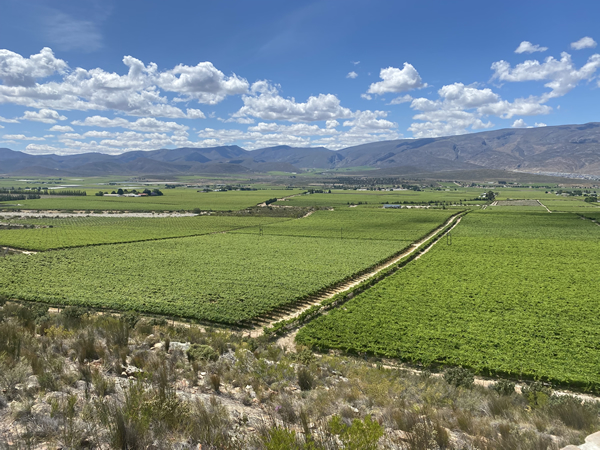 Both Peru and Brazil have exported far fewer grapes to Europe this year. "The exchange rate plays a big role in that. The weak euro/dollar rate and sky-high freight costs to Europe are why exporters are focusing on The States. Also, the North American market is empty, so demand is high. In Week 46, Peruvian exports to Europe were down as much as 19%."

"That's led to significantly higher market prices," says Jaap, who has good expectations and thinks this market situation will continue in the coming weeks. "You always have to consider the bigger picture. But red seedless grapes are in particularly short supply if there are any at all, and there are also very few white grapes available. Plus, grape demand usually climbs toward Christmas, and this year will be no different."

Lower pre-season volumes are expected from South Africa too. "In recent years, that country increasingly focused on the later varieties. That's partly due to the larger export volumes from Peru. There used to be lots of Prime Seedless on the market in December," continues Jaap.

"But, recently, more and more's being invested in later varieties, like Autumn Crisp and Sweet Globe. I think particularly Autumn Crisp is a real improvement on the market in terms of flavor, shelf life, and presentation. It's also an interesting variety for growers because it usually gives good yields per hectare."

Vineyard in South Africa
Olympic is again expecting considerable grape volumes from its InnoFruit vineyard in Cederberg, South Africa. "The weather's been great, so the prospects are excellent. However, the whole economic situation is challenging. In South Africa, growing costs have increased by an average of 17% across the board," explains Jaap.

"That's for things like crop protection, diesel, and wages. In addition, in Europe, inflation's high, which means consumers have less to spend. Thar could create more tension than ever in the market. Fortunately, transport availability is far improved from last year, which will benefit transit times."

"The question of how the Russian market will develop also remains. It's tricky to ship grapes from any of those production areas," notes Den Boer. In terms of packaging, he says punnets are still the most requested. "Top seal is gaining more ground, although I think retailers are driving that more for presentation than reducing plastic use. Loose, handled bags are becoming more popular too. Despite costing more, market specialists love them," he concludes.