Carolina Reaper: the strongest pepper in the world is now cultivated in France

With 2,200,000 on the Scoville scale, the Carolina Reaper variety from the United States is now cultivated in France, more specifically in Plouénan (Finistère department). A pepper “for thrill-seekers” marketed by Saveurs du Bout du Monde (SBM), which started its pepper campaign nearly one month ago. The company’s offer also includes the Habanero, Shakira, Aji Charapita, and Jalapeno varieties, among others. “There is a variety for everyone, from sweeter peppers to explosive ones!” Depending on the season, these local peppers are sold fresh, dried, or crushed. 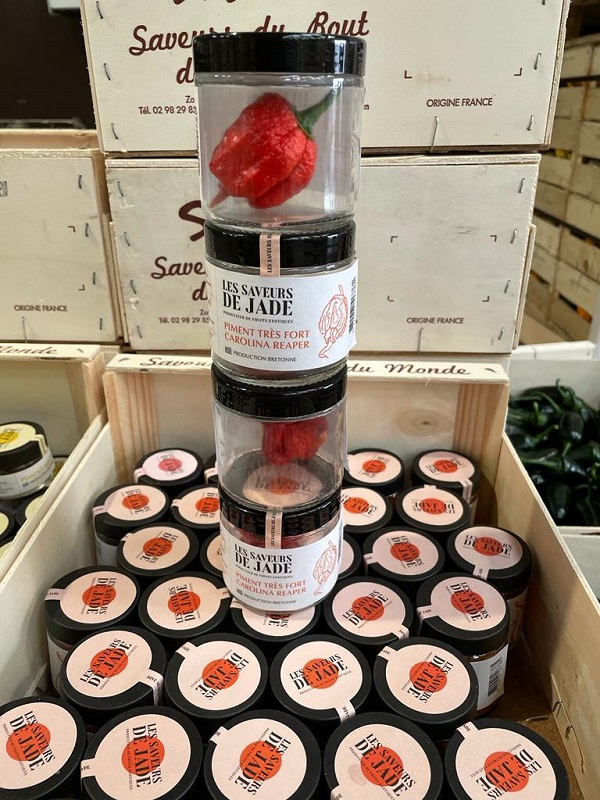 To be handled with care, the Carolina Reaper of SBM is sold in jars under the brand “Les Saveurs de Jade.” 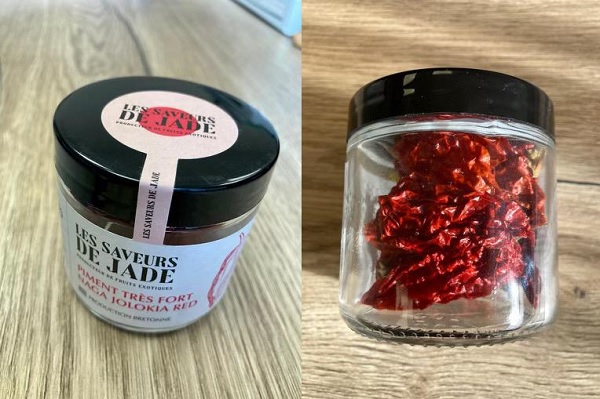 Although available anywhere in the country, it is mainly on the French Riviera and in the Basque Country that the demand for peppers was particularly dynamic this summer. 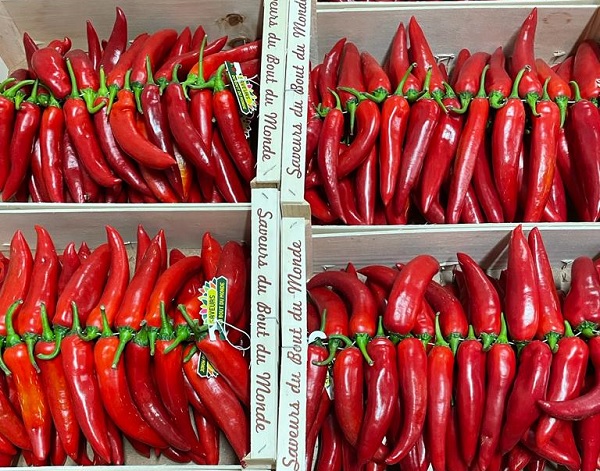 Ginger produced in Brittany and without treatment
Saveurs du Bout du Monde also offers fresh ginger, produced in Brittany. The campaign started nearly a month ago and will last until the end of March. This niche product is especially popular among chefs.” The demand has been good for this product, whose consumption increases each year. 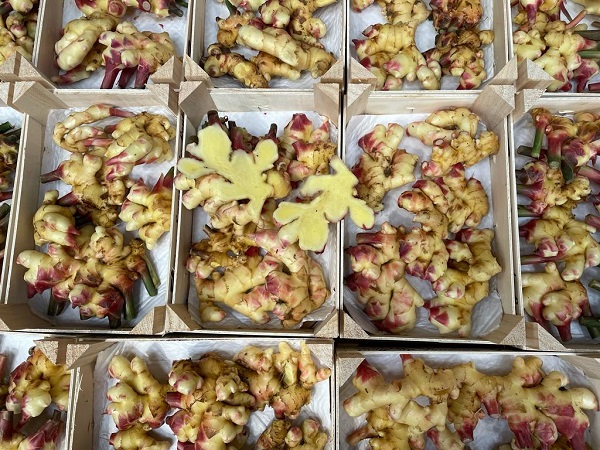 Fresh ginger in crates of 750g.

Ginger has become popular in France, but peppers still need to find their place in the dishes cooked by the French. “It is difficult to know how to use them, so the demand for peppers is a little more timid.” Communication work to promote the product is necessary to eventually reach consumers through mass retailers.