Traditionally, the high season of Canary Island papayas and, therefore, the time when this product's supply peaks, starts at this time of the year. The demand has been high until a couple of weeks ago due to the lower presence of Brazilian papayas.

"We usually start having significant volumes in week 46, kicking off the high papaya season, when we start harvesting the fruits of the March plantings. This period of higher production will last until July," says Guillermo González de Aledo, partner of Sweet Papaya, which has its own plantations in the north of Tenerife. 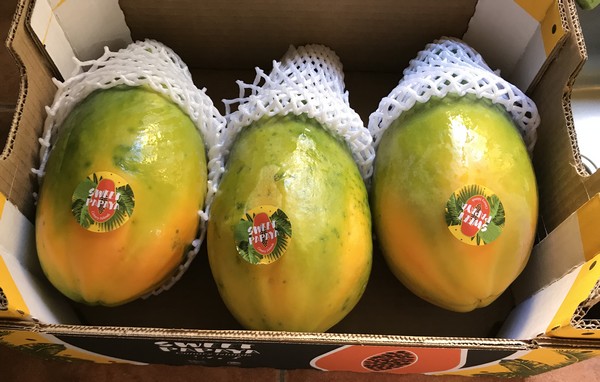 "Although sales have slowed down in the last two weeks, we have seen a higher demand for Canary papayas in the previous weeks, since there has been a lower presence of papayas from the southern hemisphere, especially Brazil, due to the high costs of air shipments and, surely, to a lower production at origin due to adverse weather conditions. Although prices are higher than last season, they are only barely compensating for the rise in costs. Profit margins remain the same or even somewhat lower," said the producer and exporter.

Sweet Papaya has increased its production by 20% this year after carrying out improvements in the infrastructure of its fields, which were also intended to continue improving the quality of the product.

"We now have more customers than last year and we expect our volumes to grow by another 20% next year. We work with Formosa-type varieties, which ensures a Brix above 11º, and we work hard to ensure that the product reaches its destination in optimal conditions of ripeness and color. We export 85% of our production, since papaya consumption in Spain is much lower than in other countries in central and northern Europe, where we have noticed that retailers are increasingly switching their focus to local products, and ours is a papaya produced in Europe."