Demand for papayas has slowed down

Supplies of papayas are ample right now, though demand for the fruit has slowed slightly. “There are quite a lot of papayas available--the majority of fruit is out of Mexico,” says Lance Peterson of Super Starr International. “Central America has a fair amount too and there’s also a little bit that comes out of South America. But it’s very small.”

Production out of these regions is year-round, though volumes fluctuate somewhat at times. “Usually in the summertime, it’s easier to produce papaya because the weather conditions are better so more fruit comes off,” he says, noting that volume is slightly up right now compared to this time last year.

As for demand for the tropical fruit, it’s fair. “The markets have been kind of slow across the board on all fruits and vegetables. But it’s steady,” says Peterson. “We’ve felt this for the last six weeks to two months.” As the holiday season approaches, papaya demand continues to taper off somewhat though it picks up again at the start of the New Year. “That’s when demand is strong again because everybody’s New Year’s resolutions start and everyone wants to eat healthy again,” he says. 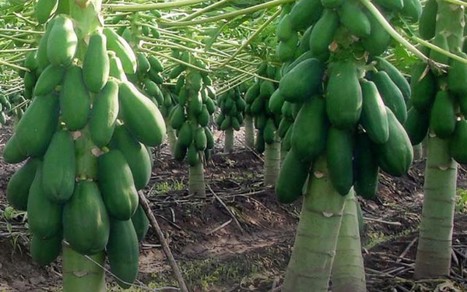 Safety and quality improvements
At the same time, Peterson says that the Mexican papaya industry’s efforts toward guaranteeing good quality and safe fruit have been paying off to increase general papaya consumption. In 2020, the Texas International Produce Association (TIPA) and the then-United Fresh Produce Association created the “Food Safety Best Practices Guide for the Growing & Handling of Mexican Papaya, First Edition” guidebook. It was accompanied by virtual training which targeted growers and handlers of Mexican papaya to “bring the entire industry up to a higher base-line for food safety and minimize the potential of a future outbreak” noted TIPA.

Peterson does say that the way demand has been though, the market is holding. “I think it’s because the cost to produce has gone up significantly. The producers can’t have low prices like before because they’d be producing in the negative. So prices are holding because of higher costs,” he says.