The first shipment of fresh Peruvian blueberries to Israel has been registered. In week 38 of the current 2022-23 campaign, 3,600 kg’s were sent by air to the Israeli market. These represent the first exports to Israel as a new destination since its market opened for Peru at the end of June 2022. 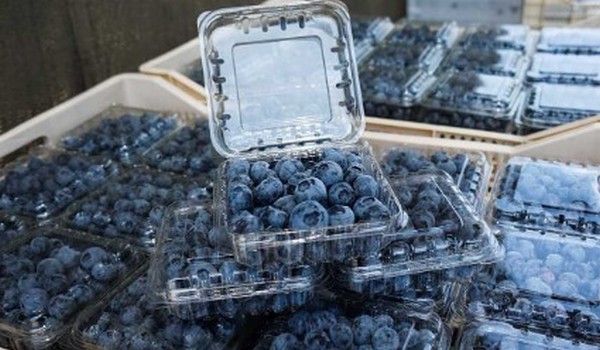 This is the second new destination for Peruvian blueberry arrivals within recent weeks. In week 34 of the current 2022-23 campaign,  Peruvian blueberries arrived in Jordan, with 360 kg’s by air. These short announcements were made by the Association of Blueberries Producers of Peru (ProArándanos) as the country makes its mark in 62 international markets as the top producer and exporting country of blueberries.

Peru’s first exports to Israel came during the expected peak weeks of exports, which last season peaked in week 38. Proaranadanos estimates the country will export more than last year’s 250,000 tons of blueberries for this 2022-2023 season.

Luis Miguel Vegas, manager of Proarandanos stated if the current good volumes continue, their exports could grow by more than 25% over the previous year. According to estimates, 90% of shipments could be exported between August and December, and 50% between September and October.

“In week 36, organic blueberry exports of 2,026 tons have been registered, representing a record figure in weekly volumes to date. A total of 10 402 tons have been exported for this campaign, 144% more than last season. Among the main destinations, we have the United States, with 96.16%; Europe with 3.06%, United Kingdom with 0.45% and finally, other destinations with 0.32%,” states Miguel.

“The blueberry industry is an engine of development, poverty reduction and social inclusion. In the current campaign, it is estimated that up to 135 thousand direct employment positions will be generated. An interesting fact is also that 58% are women. The blueberry industry seeks to look after its communities, to continue growing together,” stated Miguel on behalf of Proarandanos.