Up to August, Turkey accounted for 87% of all EU rejections of fruit and vegetable imports

"The European Rapid Alert System for Food and Feed's (RASFF) data reveals that, up to August, Turkey continues to hoard 87% of the total rejections in fruits and vegetables for containing active substances that are not authorized in the EU or for surpassing the maximum residue limits (MRLs) authorized at the community level," LA UNIÓ de Llauradors stated.

"Most of the substances detected are due to the presence of methyl chlorpyrifos or chlorpyrifos, which are active substances that are banned in European territory," La UNIÓ added. 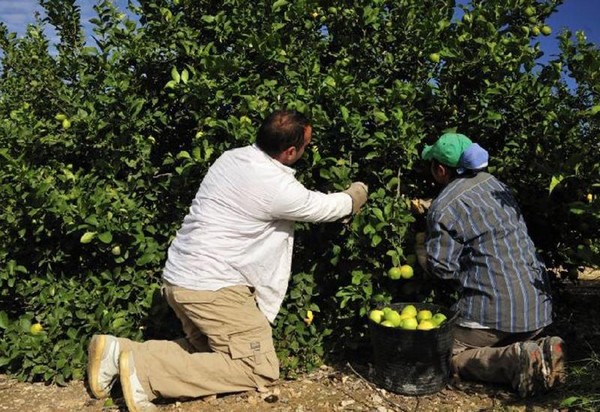 "There were 481 detections in fruits and vegetables during the first eight months of the year; 417 of which were from Turkey and 49 from Egypt. In August there were 27 detections, 18 came from Turkey, 6 from Egypt, and 2 from Morocco. Citrus imports had the highest rejection up to August, as 203 of the 481 shipments intercepted were citrus shipments, i.e. 42% of the total. If we limit ourselves to the last month, 9 of the shipments were of citrus fruits, that is 30% of the total last month."

In view of this data, LA UNIÓ de Llauradors asks authorities to take urgent measures so that the European Union demands the same phytosanitary standards from imported products as it demands from its producers here. It should be noted that, following repeated complaints about the health warnings detected by the RASFF, the European Commission increased the frequency of checks on Turkish imports last November. The frequency of controls to be carried out on oranges, mandarins, clementines, wilkings, and similar citrus and lemon hybrids, as well as on peppers and pomegranates from Turkey, increased to 20%. Despite the alerts, the frequency of controls was not increased for grapefruits.

"These measures have not worked. The results are getting worse and, despite Turkey's systematic non-compliance, no new measures are being taken." That's why, in March, LA UNIÓ wrote to DG Sante, responsible for EU policies on health and food safety, and to the Directorate General for Agricultural Production Health of the Ministry of Agriculture requesting the European Commission and the Government of Spain to ban fruit and vegetable imports from Turkey.

"As long as Turkish imports are not paralyzed, we request the frequency of physical and identity checks on all Turkish fruit and vegetable imports be increased to 50%. We also call for an end to the tariff asymmetry, as Turkish exports to the EU only pay a 20% tariff to enter the EU while Spanish exports pay a 54% to enter Turkey," stated Carles Peris, Secretary General of LA UNIÓ.