“Of course, there are many difficulties, but we will manage”

With the war still actively going on in Ukraine, it’s no surprise that the new apple season will bring lots of challenges to Ukrainian growers and exporters. According to Volodymyr Gurzhiy, they will be able to manage the difficulties in the coming season: “The 2022-2023 season will be very difficult for Ukrainian growers and exporters, as the war has been added to the standard list of issues. Our company, USPA Fruit, as a leader in the export of apples to more than 40 countries of the world, most of which we opened with Ukrainian apples, had been forced to build new supply chains through European ports, experimenting, taking risks, and during the war for more than six months, we managed to rebuild the system. Having quite a positive experience of exporting during wartime, we see that there will be exports of apples from Ukraine in the coming season. Of course, there are many difficulties, but we will manage.”

There will be a clear difference between smaller and larger companies in how to tackle the season, Gurzhiy explains. “I expect that the number of system exporters will decrease, because not everyone will have enough resources in these new conditions. Small exporters will be forced to fiercely compete with European suppliers, because Europe, particularly UK and other western and northern EU countries, will remain almost the only sales market for them. Larger, professional exporters will be forced to maintain established sales channels within all the markets, including countries of the Middle East, Southeast Asia and Africa.” 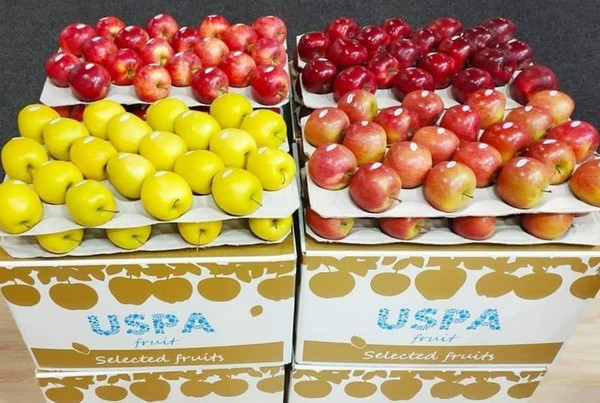 Despite the ongoing war, most apple producers did not scale down their operation, which should lead to solid volumes: “The overall production volume in the new season promises a good harvest, although some small producers have been forced to reduce protection programs. However, despite the war, I was surprised when I talked to apple a lot of producers and the majority of them did not reduce agricultural technology at all. In general, we expect a good volume of apples of export varieties and relevant quality. Thus, we have a sufficient volume to select from. The main varieties like Royal Gala, Granny Smith, Red Delicious, Golden, Red Fuji are expected to be harvested in good volume.”

Overall, next to having the dangers of the war on their doorstep, USPA has had to deal with many challenges keeping the business afloat, Gurzhiy states. “Although most producers did not reduce agricultural technology, in general the cultivation season is crazy. We are not talking about war, personal safety or safety of the team and infrastructure. We are talking about the challenges that forced Ukrainian growers to literally survive in the business sense and not all the growers managed to stay in the market, as the eastern and south regions are hugely affected by the Russian occupation. A significant shortage and considerable increase in the price of fuel, a high level of devaluation of the national currency, as a result of the increase in the price of all agrichemicals, a reduction in funding, a freeze on the VAT refund program for exporters; all this has led to fundamental problems, as a result of which the cost of production increased significantly. Therefore, you should not expect the cheap apples from Ukraine, although, unfortunately, the apple itself will have no more than 30 per cent in the structure of the cost of goods supplied to the consumer markets.” 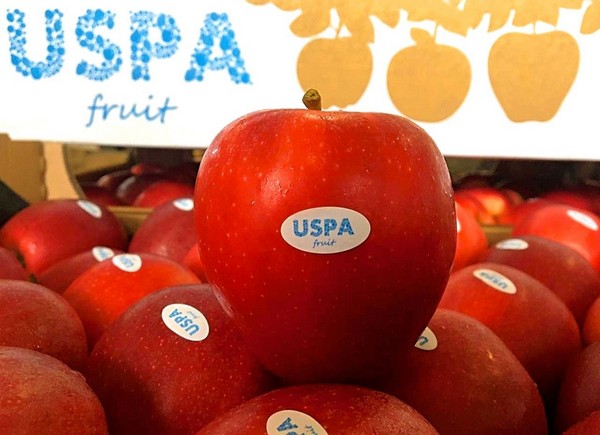 “For sure, the war affected our company. Despite the fact that we have continued to export for all the months since the beginning of the war, we still have not received a VAT refund, which is 20 per cent of our company's economy, since the beginning of the year. Loan rates increased, however, by European standards, they were already high. Significantly, the currency devaluated. Developing new supply chains required additional costs. Packaging materials have added significantly to the overall cost. One retailer from Belarus has not paid us a big amount of money for the apples’ supplied before the war. Eight containers with apples, which were in the port of Pivdenny when the war started, were seized for the needs of the Ukrainian army.”

Taking all these difficulties into account, USPA has done whatever was needed to give themselves the best chance for the upcoming season, Gurzhiy explains: “Obviously, all of these things affected the economy of our company at the time. However, we managed to implement a risk management program and currently feel much better compared to February-March. As the result of program: we have kept the team together, although most of the members are forced to work remotely, the amount of receivables significantly exceeds the amount of payables, however still need to be collected from the markets, all our customers have received their orders and we have no obligations to our buyers. We’ll also be able to meet with our partners during exhibitions as Sial in Paris and Fruit Attraction in Madrid this year.” 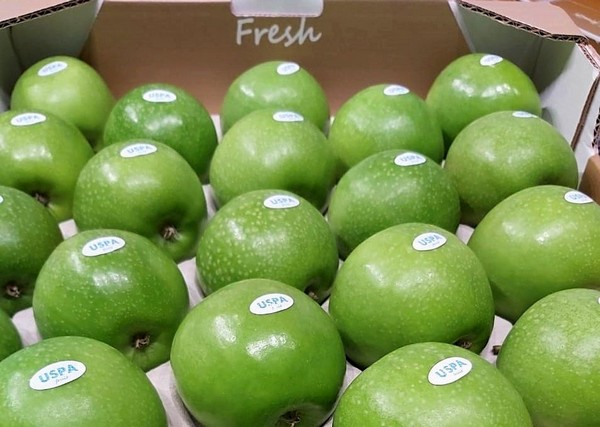 Although there is a possibility of some produce being used for the domestic market, USPA will have its complete focus on the export of their apples.

“Despite of all the negative impact of the war, we feel well prepared for the new season. Main success during the war months we got is the experience, we supplied dozens of containers to different regions. The supplies chain, logistics solutions are prepared and examined, all our customers were supplied with their prepaid orders with no one failed container. We are an export company, so 95 per cent of our sales are for export. We have long adopted an export strategy and do not intend to switch to domestic sales. Only if we see that the domestic market needs our expertise, will we get involved in the supply to Ukrainian retail, although this does not significantly affect export supplies. If the war continues as it is, without further escalation, we will be able to export apples efficiently to all our markets. Ukrainians are used to working in crisis conditions. Our partners will receive the best selected Ukrainian apples by USPA Fruit in season 2022-2023. Slava Ukraini!”