The cultivation as well as the export of pitahayas or dragon fruit is abruptly gaining importance in Turkey. "We received a shipment now and then in recent years, but only on pre-order. This year, for the first time, we are carrying the Turkish pitahayas red-red as a permanent seasonal part of our portfolio," says Baris Sahin, managing director of the Viennese wholesale company Petrik & Sahin OG.

Last week (week 31), the first dragon fruits from Turkish cultivation were distributed to Austrian restaurateurs, wholesale market colleagues and other wholesale customers. According to Sahin, demand has been tremendous so far. "The quality of Turkish produce is excellent, not least because of the shorter delivery routes compared to overseas produce from Vietnam or Thailand." 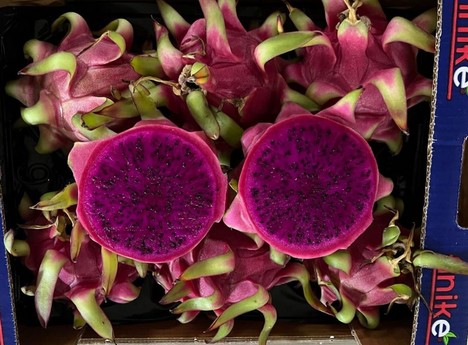 Unlike non-European fruit, Turkish pitahayas are not flown in, but they also come in via land. Sahin: "Accordingly, the goods are more attractively priced than those flown in, the price difference being around 10 euros/colli. In terms of sustainability and environmental protection, Turkish goods naturally also have a better eco-balance, which in turn meets today's zeitgeist." The management of Petrik & Sahin OG focuses primarily on the distribution of the 'market standard' Pitahaya red-red, with the red-white variety offered as a supplement on pre-order. "It is a matter of my heart to further promote Turkish pitahayas. I also don't rule out the possibility of offering the fruit year-round in the future." 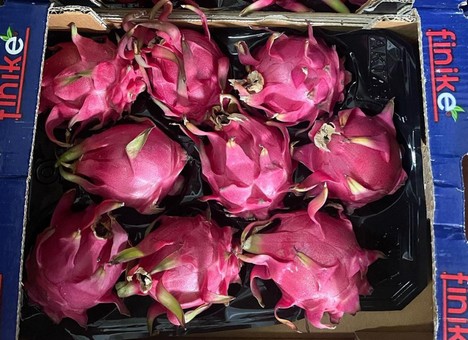 Figs: Extended transit times complicate imports
Meanwhile, the first Turkish figs are also now arriving, Sahin continues. "The forecasts in terms of yields and calibration all look good. Unfortunately, due to tightened transit times at the Turkish-Bulgarian border, we have to wait a little longer for the first deliveries. However, demand is very high, due in no small part to low competition. There are Italian figs, but Turkey prevails at this time of year," says Sahin, who adds that the first arrivals of the coveted Bursa figs are expected in about two to three weeks. 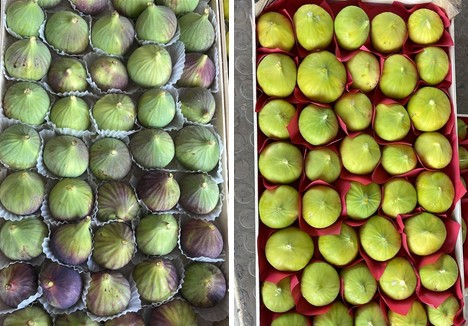 According to information from Turkish suppliers, yield forecasts are particularly good this year, Sahin enthuses: "As far as Sultana, Crimson and the later Red Globe are concerned, we will be able to draw on the full range from the current perspective. Black grapes, on the other hand, will be fewer, as expected." Competition with Italian products is rather low, according to Sahin. "The Italians dominate the market for seeded grapes, and Turkey is far ahead in seedless. So each growing country has its raison d'être in the market."