Ten days after the beginning of the campaign, the harvest of the Mirabelle plum of Lorraine is in full swing! This small stone fruit with a very short seasonality, a true symbol of the region, has enjoyed a PGI since 1995: "The specifications require us to respect three criteria: our Mirabelle plums must all have a size greater than 22 mm in diameter, a fairly yellow color and a sugar content greater than 15 degrees Brix," says Sabine Grallet Dupic, Mirabelle plum producer at La Maison de la Mirabelle. 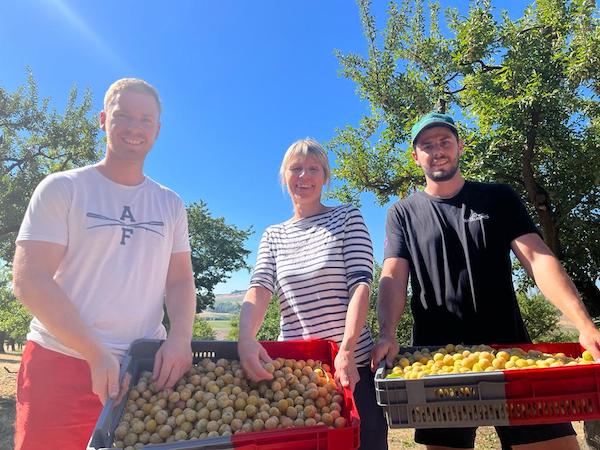 A family history
The farm has been producing Mirabelle plums from Lorraine for five generations. Today, the mirabelle plum orchards cover about 30 hectares with about 6,000 trees. "The mirabelle plum has always been the main crop of the farm. We are committed to perpetuating the tradition and passing on this cultural heritage to our children and future generations. This is why we regularly renew our orchards, just like our parents and grandparents did before us. It is important to know that a Mirabelle tree takes 7-8 years to come into production and that it becomes less productive after 40 years. 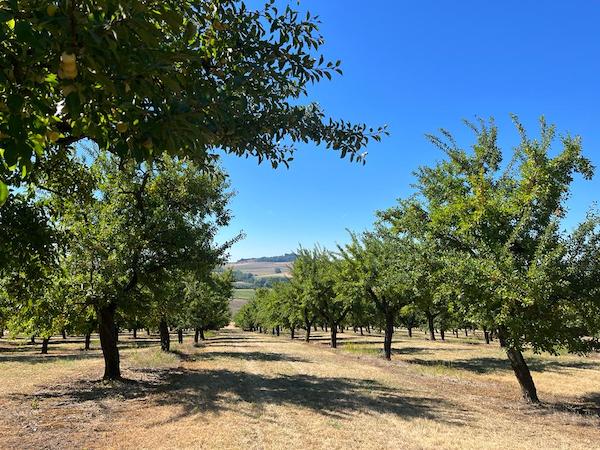 Three-quarters of the world's mirabelle plum production takes place in Lorraine
If the region of Lorraine accounts for three-quarters of the world's mirabelle plum production, it is because the soil and climate conditions are ideal for the Nancy mirabelle plum to fully express its taste characteristics: "We have two major allies: the soil and the climate. We benefit from a clay-limestone soil of more than 30%. This year, this allows us to resist well to the drought, as the water accumulated in the soil during the winter is drawn out gradually by the trees. And the climate characteristic of the region, with significant temperature differences between summer and winter as well as between day and night during the summer season, also gives organoleptic and visual characteristics that are specific to the mirabelle plum of Lorraine. Those who have tried to reproduce Mirabelle plums in other regions never found the same taste as the Mirabelle of Lorraine". 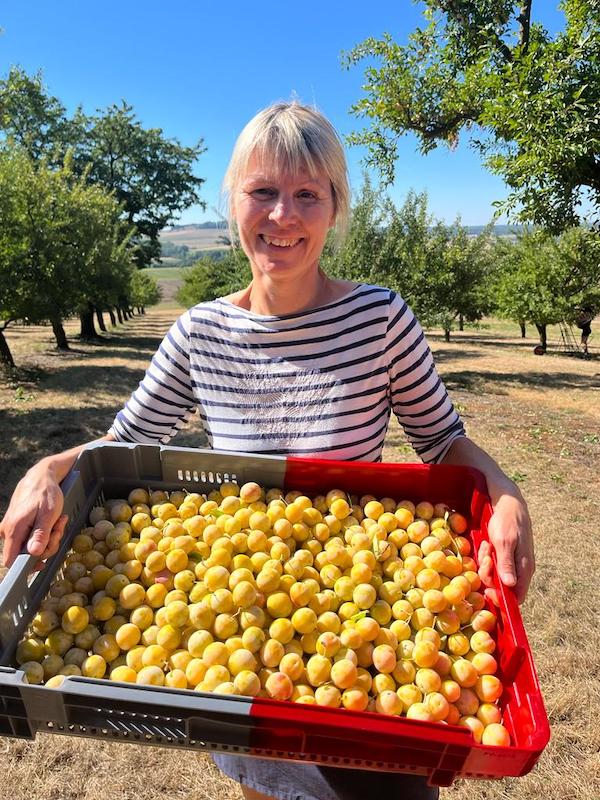 A favorable climate for good quality fruit
If this year's campaign looks normal in terms of volumes, the high level of sunshine has allowed the mirabelle plums to gorge themselves with sugar and thus have an outstanding quality of fruit: "We managed to make mirabelle plum tarts without sugar from the first fruits harvested, because of their sweetness", says the producer to highlight her point. 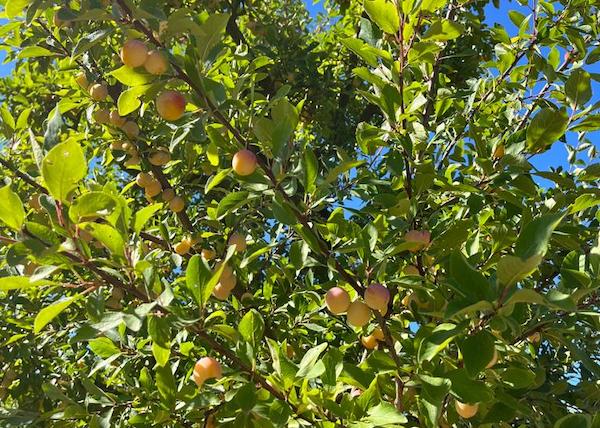 A small stone fruit that can be consumed in several forms
If the family farm keeps part of its harvest to be distilled on site, it sends the rest to the Véga Fruits cooperative. The mirabelle plums are sorted and recalibrated to be sold on the markets and to central buying offices. The Mirabelle season is particularly short, about 5 to 6 weeks, so the cooperative has a deep-freezing facility to enjoy this sweet little fruit all year round. The Mirabelle can also be eaten dried and semi-cooked, which is called "grignottines". This produces a dry fruit that retains its soft texture. As for the children, they can discover the mirabelle plum in the form of fruit sauce. But since we are right in the heart of the season, it's time to eat it fresh! 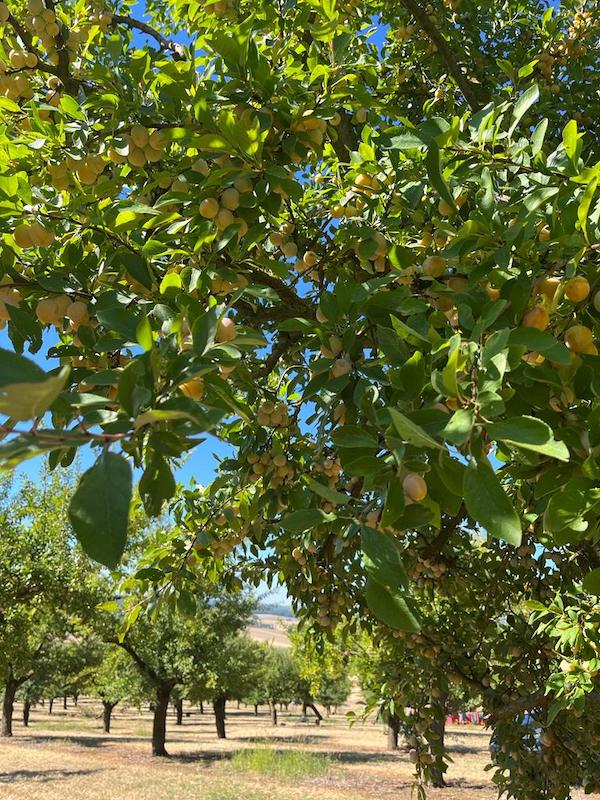 Visit the Maison de la Mirabelle
To share their passion with the general public, the Maison de la Mirabelle offers tours of this emblematic stone fruit. You can watch a film to understand why the Mirabelle plum tree is so popular in Lorraine and learn about this traditional crop. Visitors can also enter the heart of the distillery, highlighted by a display of sound and lights, before concluding with a tasting in a warm room specially dedicated to the region's little star.