Blueberry promotions likely to come on this month

August looks to be the month to promote conventional blueberries. “For the last few weeks, we have seen historically low domestic production numbers. August will be full of opportunities to promote conventional and organic blueberries as the North American crop will continue with decent volume and Peru starts arriving with increased volumes,” says Brian Bocock, vice president of product management for Naturipe. He adds that organic volumes of blueberries will also increase this month.

Peru will ship more substantial volumes by the end of August.

Meanwhile, in North America, blueberries are being harvested currently in Michigan, Oregon, Washington and British Columbia. North American production will peak throughout the first 10 days of August and then stay steady until the end of the month. “Peru will pick up any decreased volumes from North America August 10th onward,” adds Bocock. 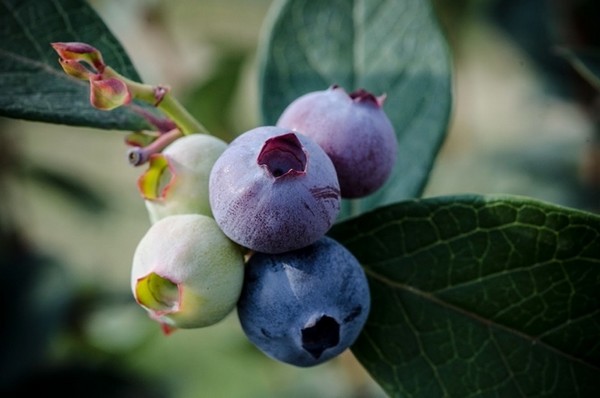 It has been a unique year for blueberry production. Bocock says it had one of its most challenging spring weather patterns in years with several freezes impacting blueberry crops in the Southeast. California also saw freezes as well as the rising and falling of temperatures during spring that affected both blueberries and strawberries. “This weather, coupled with poor pollination weather, has caused the average blueberry size to be smaller than in prior years,” he says.

For Naturipe, its focus is on its proprietary Mighty Blues variety, a jumbo variety that can be twice the size of an average blueberry. “Our Mighty Blues are coming into peak production arrivals soon from Peru and will be available for the next few months,” says Bocock.

Meanwhile, demand is strong for blueberries. Bocock says that fresh berries continue to be at the top of consumers’ shopping lists and fresh blueberries, strawberries and raspberries are posting strong double-digit growth in the latest IRI data. “Consumers are really finding value in larger volumes, like our 18 oz. clamshells,” he adds.

He also notes that as long as the industry continues delivering on quality, consumption should continue to increase. “We need to help by holding prices higher than we have in the past. Our input costs have gone up significantly from just a year ago,” he says, noting these increased costs are the biggest challenges for grower-shippers right now. “Fuel costs will play a big factor in where retailers source not only their blueberries but all their produce. There’s no doubt that bringing a truck across the country is significantly more costly this year than last year. We are seeing more demand for blueberry sources east of the Rockies than in the past due to freight rates.”

As for pricing this month, it’s expected to fall in line with historical pricing--unlike July when record pricing was seen. Prices should also remain steady and provide promotional opportunities.