Biosweet, new player in the cultivation and export of organic pineapples in Costa Rica

“In 2021, only 1.5% of the fresh pineapples shipped from our country were organic”

Costa Rica is the world's largest exporter of fresh pineapples. In an area amounting to 40,000 hectares, the country produced more than 2.6 million tons of this tropical fruit in 2020. According to data provided by FAOSTAT, exports accounted for almost 45% of the global trade of fresh pineapples.

The Central American country is thus a consolidated leader in the market of what is the second most traded tropical fruit in the world -only second to bananas- and whose industry still offers great potential.

"Although Costa Rica is the world leader in pineapple exports, at the moment, and according to data from the end of 2021, only 1.5% of the fresh fruit shipped from the country is organic," says Christian Herrera. "Meanwhile, the consumption of organic products has actually been on the rise since the start of the pandemic." 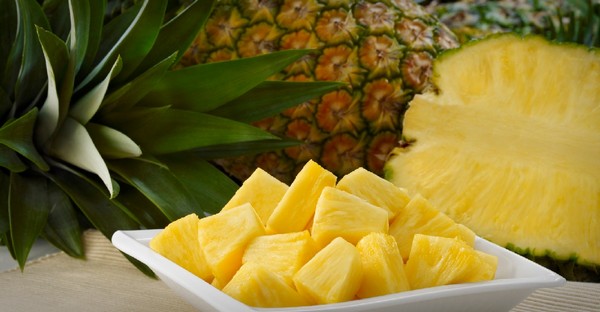 "After extensive experience gained in the agricultural sector that I helped develop in Rio Grande do Norte, Brazil, and in Costa Rica, where, as an agronomist, I witnessed the transition in 2020 from the Cayena Lisa pineapple to the Golden pineapple, my brother and I were the first, in 2005, to export Costa Rican fruit to the British retailer Tesco. Then, in 2015, I managed an organic pineapple cooperative, where I discovered a fascination for this type of production."

"So, three years ago I was presented with an opportunity to refine the technical package for organic pineapple production and, with that, came the creation of Biosweet," says Christian. "Biosweet is a project born to meet customer needs, through which we want to get the best quality fruit to consumers in the United States and Europe all year round."

"We have acquired a farm in the region of San Carlos, in northern Costa Rica, where flora and fauna conservation areas account for almost 40% of the surface, and which will become a nature sanctuary. San Carlos is considered the best region for pineapple production in the world because of its climate and its extremely fertile volcanic soils. This is actually where 50% of the country's pineapples are planted." 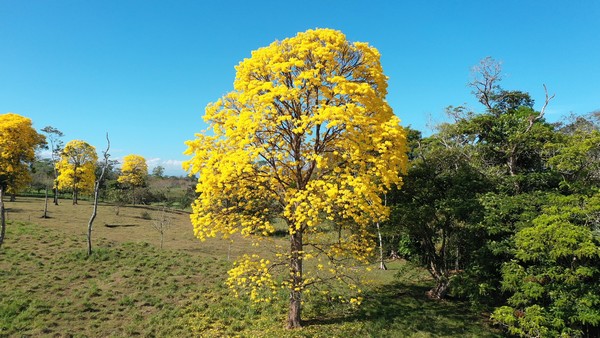 "At the moment, we already have enough volume to supply these markets, and we foresee that when we reach our maximum production potential we will be exporting between 7 and 8 containers of organic pineapples every week. This fruit will be shipped to the European market and to both coasts of the United States."

"Our pineapples stand out for a superior ripening time on the plant, a couple of weeks longer than that of conventionally grown pineapples, so they are harvested with a higher level of sweetness. In fact, our average Brix is around 17 degrees, with peaks of up to 19," says Christian. "It should be recalled that pineapple is a non-climacteric fruit that has to obtain its sweetness in the plantation. It is not like an apple or a banana, which can be harvested while still green and generate its own sugars. Those extra 2 weeks ensure that the color of the fruit is natural, without the need for any degreening, and that the pineapples are much tastier and aromatic."

Golden Pineapple
In the mid-1980s, Costa Rica began exporting pineapples of the Cayena Lisa variety, which was the leading one until the year 2000, when the Golden variety, an extra-sweet variety with a better coloring, began to be implemented. The Golden has since become the dominant variety in this Costa Rican industry. 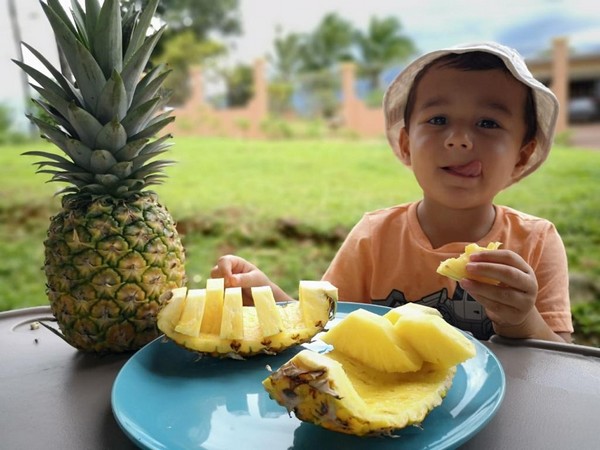 This fruit not only generates an interesting financial profit, but also stands as an important source of employment for the country, especially for the population in rural areas. According to estimates of the National Chamber of Pineapple Producers and Exporters (CANAPEP), the cultivation of this fruit generates 28,000 direct jobs and more than 100,000 indirect jobs.

"The pineapple sector is one of the greatest employers per unit area, and this is even more so in the case of organic pineapple, which requires a greater amount of labor. Our project alone will require the hiring of 80 employees in a region in great need, so in addition to addressing an environmental issue, we are also addressing a social one, leaving a footprint in our community. Although that is not the only positive impact; the audit we carried out has shown that our organic pineapple production project is in line with 14 of the 17 UN SDGs," says Christian Herrera.

"Biosweet also relies on technology, big data and precision agriculture, which allows greater efficiency and the optimization of applications through the satellite tracking of our crops, which in turn gives us greater control and full traceability of our fruit."

"We have the experience, the logistics in place and high quality fruit. And now, after the launch of Biosweet, we want to take our organic pineapples to supermarket chains in the United States and Europe for all those consumers committed to the environment and society. Via our social media, we will be sharing posts on how fascinating organic production is in Costa Rica together with the members of our community."