United Exports recently announced that a container of fresh OZblu® blueberries transited the Pacific ocean – from the port of Manzanillo in Mexico to the port of Hong Kong – spending 51 days at sea and arriving fresh and ready for sale in Hong Kong, on 20 May 2021. This was one of several containers sent to Asia from OZblu-Sun Farms’ first harvest in Mexico. 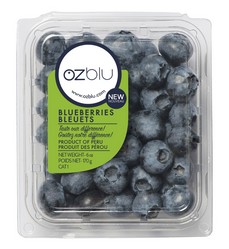 2013 saw the first commercial harvest of OZblu blueberries, the main production area back then was in South Africa with limited production in Australia. These days the blueberries are grown in Peru, Mexico, Chile, US, South Africa, Zambia, Zimbabwe, Morocco, Australia, Portugal and Spain.

The biggest production area is in South Africa followed by Peru then Mexico.

“OZblu varieties are unusual in that they are very adaptable and produce the same fruit in different locations around the world, same yield, crunchiness and taste. South America, especially Mexico fits in well to supply the US and compliments our production there. Peru and Chile have access to China, which South Africa does not have, so it is a case of lining up production with markets to supply the markets 365 days a year. It also spreads risk, for example frost in northern South Africa last year caused a delay of 6-8 weeks in production which needed to be supplied from our other production sites.” 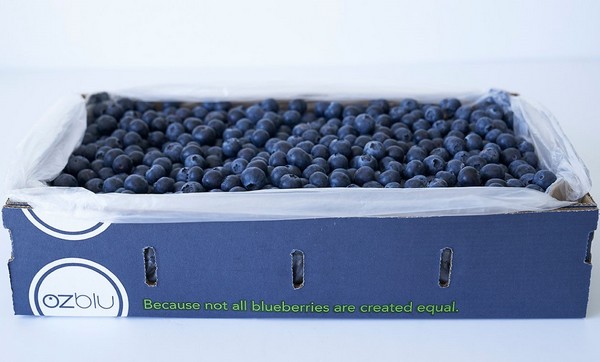 The blueberry category has seen a massive growth in recent years but now according to Roger, it is individual varieties, all markets are differentiating by variety.

“Initially a blueberry was just a blueberry but now there is a huge demand for varietals that deliver flavour and crunch, anyone that thinks growing old open varieties is still an option is dreaming. China is a premium and very discerning market, the EU, UK and US are now all the same. We have not even scratched the surface of what is achievable with proprietary varieties.” 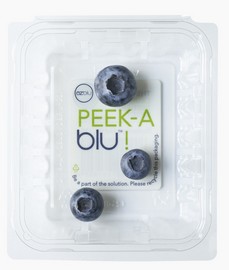 “When we started on this journey, we had our varieties independently tested by Experico which showed that they all could handle 40 days sea freight in normal refrigerated containers, now 96.5% of OZBLU production from South African goes by sea in standard refrigerated containers, versus the rest of the industry only achieving around 60% for sea freight exports. We normally only use refrigerated containers, occasionally CA but nothing else, no modified atmosphere bags or other technology. For fruit to be on the water for 51 days and still be sold as a premium product is unheard of. In this Covid world the importance of being able to ship by sea is essential, as air freight space and rates are very challenging.”

Roger said they are planning a massive ramping up of acreage in the coming years, and intend to double production every two years.

“It is demand driven, the increase will be in the production areas which are stable and attractive for investors and where breeders IP is respected and protected.”