“Blueberries weren’t affected much by the frost”

Other soft fruits from Poland could see lower volumes this year.
Most of the soft fruit in Poland will start over the course of the next two months. The frosts in the spring have damaged some of the fruits, while others are completely fine. This means lower volumes are expected for redcurrants, blackberries and sweet cherries. In turn, blueberries should have normal quantities this season.

Spring frosts have destroyed some of the plants of soft fruit plantations. According to Emilia Lewandowska, office manager for Polish fruit exporter Fruit-Group, blueberries have hardly been affected by any frost damages: “Some of parts of our soft fruit plantations were destroyed by the frost. I’m the owner of a redcurrant plantation and we’ve noticed that the bunches are not as filled as they were last year. The culprit for this would be the frost which we’ve had during the flowering in the spring. Other plantations in our region have seen similar situations in their fields. Blueberries weren’t affected much by the frost, so we are not afraid about losing quantities to the weather this season.” 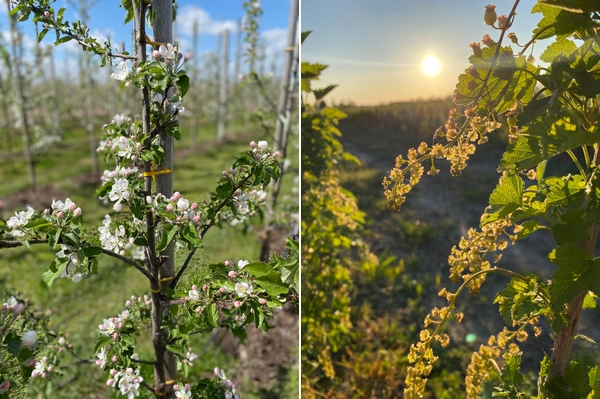 Lewandowka explains that most of the soft fruit that Fruit-Group cultivates have felt some kind of effect from the winter weather this year. “So if we’re looking at the volumes for the upcoming season, we’re looking at a good crop for the blueberries after the 2019/2020 plantations were impacted by frost. For redcurrants there will be a slight drop in volumes due to frost damages. We haven’t heard any bad news in terms of quantities when it comes to the Autumn raspberries. The summer quantities should be lower. Due to the heavy damages sustained during the winter and spring, we expect a large drop in volumes for sweet cherries. The same can be said for the blackberries, which will have low quantities due to heavy damages.”

Due to the lower temperatures last month the start of the season for soft fruits could be delayed by about two weeks, Lewandowska states: “In May we’ve had low temperatures in Poland, around 8-15 degrees Celsius. Vegetation has been two weeks late, so we’ll definitely have a later start to the season than we had last year. The late vegetation is true for most fruit, including blueberries, redcurrants, cherries, plumps and apples as well. So far only the strawberry season has started, but our company doesn’t deal in this specific soft fruit. For us, the first fruit in season should be sweet cherries, which will start at the beginning of July. After than the blueberry season should begin around the 15th of July.” 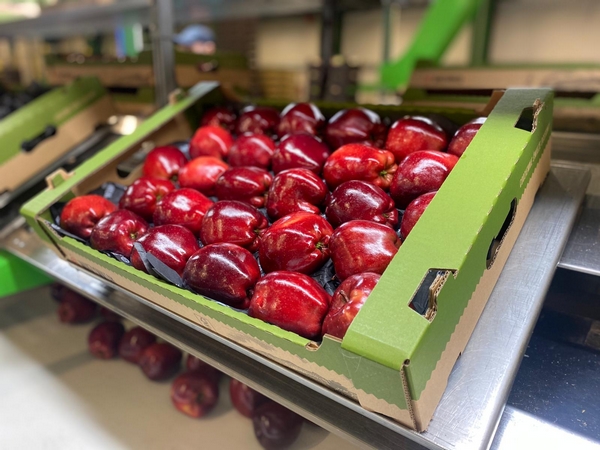 Fruit-Group mostly deals in apples, for which the season is reaching its end. For next season, it remains to be seen how much volume will be harvested. It depends on the apples staying on the trees for the upcoming month.

“As in every year, apple exports have wound down by now. We’ve stopped doing long shipments since April, at this point we’re only exporting apples to the European market. For the new season we’re waiting for June to pass and we’ll know how many apples will stay on the tree. During flowering we had some unfavorable weather conditions for the pollination. Temperatures were between 8 and 15 degrees Celsius. For bees, the best temperature would be above 15 degrees. Weather was windy and rainy, so we hope that quantities for next season will be satisfactory. Due to the heavy frost during the winter of 2021 part of the young trees were destroyed. These were mostly Gala, Jonagold, Jonaprince and Golden trees.” Lewandowska concludes.