The banana volumes coming out of Ecuador so far this year have been lower than they were during the same time last year, according to Juan Jose Pons of Ecuador’s Banana Cluster. He shares: “The accumulated volume in the first two month of this year was 66,945,747 boxes, which, compared to the same period in 2020, shows a reduction of 4%.” The main reason for this reduction is the lingering effects from the volcanic eruption in September 2020. 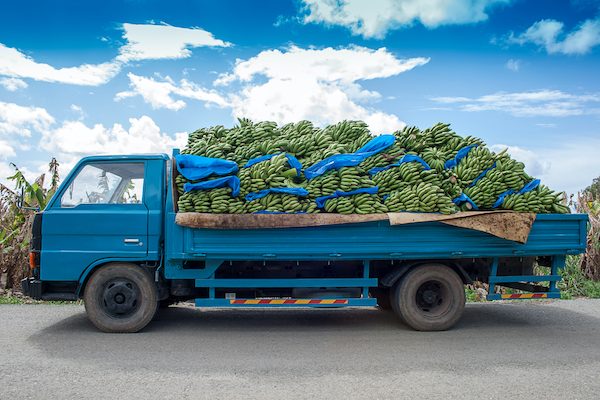 Effects from the volcano
In September of last year, the Sangay volcano erupted and the ashes that were spewed by the volcano affected the banana sector. These effects are still being felt today, says Pons. “Effects were seen both in terms of shipment and production, and the number of sleeves was reduced. This is what caused the lower volumes in January and February of this year,” says Pons. “At FOB level, the Central Bank of Ecuador registers a reduction of 16% in January 2021, which shows that in these first two month of the year the export fell. In recent weeks, however, there has been a recovery in the volume shipped and in March exports are expected to grow again,” he adds.

Earlier this month, on March 8th, there was another eruption, though the effects of this eruption were minimal. “The Ministry of Agriculture of Ecuador, through an official bulletin, indicated that approximately 800 hectares of bananas were affected, which is less than 1% of the total plantations, so the impact on the harvest and the quality of the fruit is minimal. It should be noted that the Sangay volcano has been in a process of increased activity for some time now, but producers are increasingly better prepared to face and overcome this type of contingency,” Pons explains. 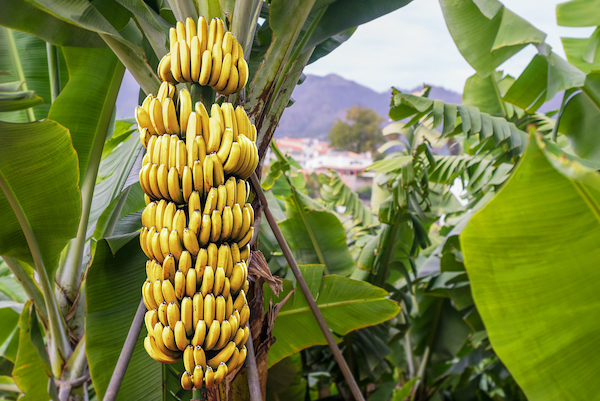 Shift in export destinations and demand
The effects of the hurricanes in Central America last November are also still being felt by the sector. Specifically, Ecuador has been working to fill the gap in demand in the US and the volumes they are sending to the US have increased recently. “Guatemala is a main supplier of the US, with over 1 million tons per year, and Honduras is the fourth largest supplier of the US. So North American importers are now forced to look at other traditional banana suppliers such as Ecuador to get their supplies. This has allowed Ecuador to increase their presence in the market,” says Pons.

Traditionally, Europe and Russia have been the main markets for Ecuador’s bananas, but due to the increased demand from the US, Ecuador has been shifting its export patterns. “Shipments to the European Union and Russia have decreased in almost the same proportion as the increase in shipments to the US,” says Pons, adding: “This will like start to change somewhat starting in April, when Colombia and Costa Rica start to bring out their peak production.”

The timeline of recovery of the Guatemalan and Honduran productions will also affect these shipment patterns. “From June onwards, an improvement in Guatemala’s production is estimated. Taking into consideration that Honduras will take more than a year to recover the level of shipments from before the arrival of the hurricanes, Ecuadorian bananas could increase their presence in that market by up to 23%,” Pons concludes.