Banana volumes coming out of the Dominican Republic are currently lower than usual, says Jose Bernard of Coopabando, a cooperative of small organic banana producers. “While our winters are not as cold as traditional winters can be, it is colder than usual for the Dominican Republic during this time of year. This has slowed down our production a bit and we are producing about 70-80% of our total capacity, which is 10-15% less than previous years,” Bernard says. 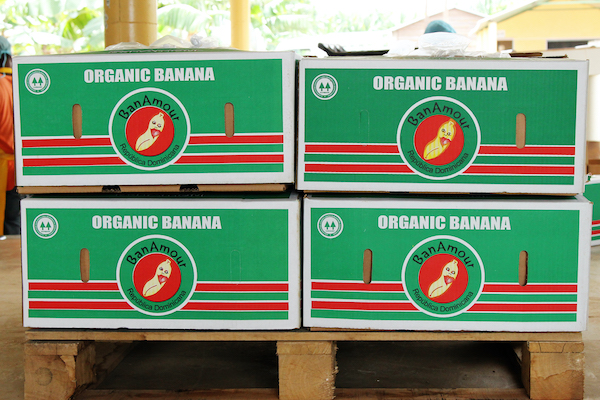 Strong market in Europe
The majority of the bananas from the Dominican Republic go to Europe. “For us at Coopabando, 80% of our production goes to France, and the other 20% goes to other markets mostly in northern Europe. For the Dominican Republic as a whole, the biggest markets are in UK, France and Germany,” Bernard explains.

The market in Europe is strong at the moment, according to Bernard. “Winter is always a high-demand time of year for the bananas. Since production is down a bit, we are selling out everything we produce. But I am a bit concerned about the upcoming summer season – when the volumes will increase and the demand goes down, the market will likely not stay at this favorable level it is at now,” he says.

In addition to the lower volumes out of the Dominican Republic due to the cold weather, Ecuador is also seeing lower volumes at the moment. “They have seen some bad weather recently. Since they are such an important producer, any changes in production volumes from Ecuador immediately have an impact on the global market and we have been feeling that too this year.” 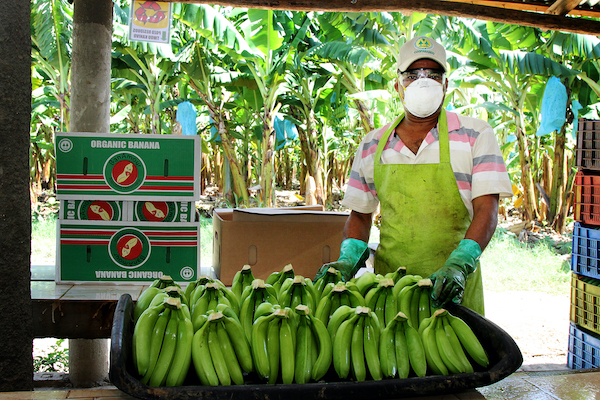 Increased production costs but stable pricing hurts producers
Despite the strong market, Coopabando producers aren’t seeing any changes in pricing. “We sell on year-long contracts with set pricing, so changes in the market don’t affect the prices we receive,” says Bernard. Added to this is the fact the majority of the banana production in the Dominican Republic is organic, which always has different pricing trends than the rest of the market.

While the price received for the bananas is not changing, the production costs have increased. “Everyone in the industry is being affected by this,” says Bernard, explaining: “The price of paper and cartons has increased because of the pandemic and overall production costs are going up every day, but we’re not able to increase our prices to reflect this because we have a set contracted price. We have started to use less plastic to counteract this – we are using a plastic or paper kraft band to package the bananas instead of a plastic bag. Using this process saves the operators in the EU huge amounts of money in labor and packing material plus the benefit of decrease the use of plastic, however they are not including either materials costs nor our labor costs in the price.”

In addition to this, European retailers are trying to decrease prices and certification bodies are upping their requirements and prices, says Bernard. “The big supermarket chains are unilaterally trying to decrease the price of Latin American bananas, which is very unfair, especially taking into account the increases in production costs. Especially since the European market favors sustainably produced bananas with many different certifications. The certification bodies are increasing the cost of certifications and the certification requirements every year, so between them and the supermarkets, they are really causing a challenge for the industry,” Bernard concludes. 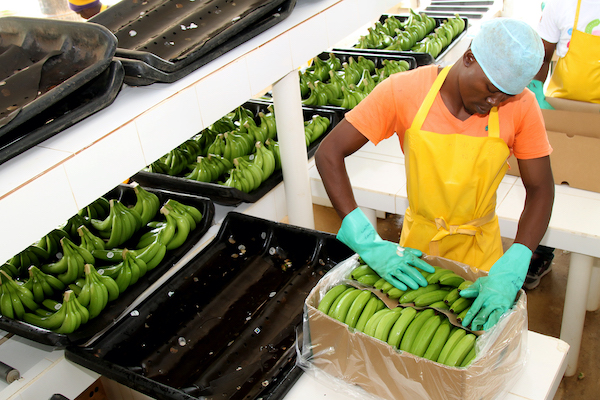