Florida strawberries are coming into the peak of the season.

“The berries out of Florida have been really good this season. They’re nicely sized, have good color and flavor and we’re really pleased with the crop,” says Jim Grabowski of Well Pict based in Watsonville, Ca.
Grabowski notes that while the Florida berry season started on time around mid-December, when it will wrap up somewhat depends on the upcoming weather. “When it starts getting too warm, for Florida, we look to push berries out at least through the middle or maybe until the end of March,” says Grabowski. “By that time California is running pretty heavy so we switch over.” 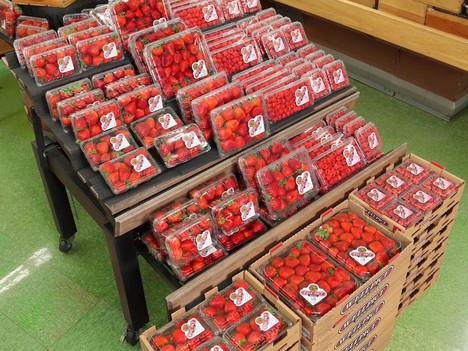 Temperatures have been on the rise in the state, even as recently as last week. “If it stays warm like that, it’ll probably make for a sooner end to the Florida deal. Strawberries are a crop that doesn’t like heat,” he says. “We like cooler nights and warm days rather than hot days.” When warmth is on the day’s temperature radar, picking does get moved to as early in the day as possible and then generally wrapping up by midday. “It doesn’t take much to put a bruise on a berry, especially if it’s warm. So we’d rather pick them while it’s still cooler early in the morning,” adds Grabowski.

Solid berry demand
Meanwhile demand has been good for the fruit. “It was off to an average start because there was an overlap between California and Florida. Sometimes California has a flush early season which this year we’re not having so that’s keeping the demand for the Florida berries strong,” he says, adding that generally Florida berries is an East Coast-Midwest deal.

And that puts pricing at good numbers. “It’s enough for the grower who is going to make some money on it as well as offer decent pricing at the consumer level,” says Grabowski. “It’s not so high that people are going to pass on pricing at the store level. For this time of year, it’s good and it looks similar to last year at this time.” 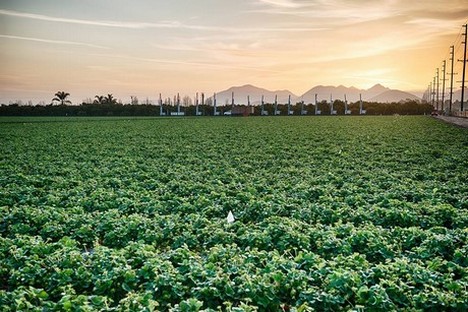 Looking ahead, as Florida moves through peak and is even starting to come down a little bit, California will begin to pick up production. “I think it’s going to be a smooth transition between the two areas. As the Florida crops slow down, we’ll go through into the beginning of March and then sometimes between the middle and end of March, we’ll make a complete transition,” says Grabowski.

This weekend, Well Pict will be exhibiting at Southern Exposure. Please come by booth #628.