“We do not sell organic, we sell fruit”

“If ten years ago you had predicted smoothies would be the next big thing, you would have been given envious looks. And açai, hardly anyone had ever heard of that,” says Joost Snel from Acai Benelux, which takes care of the distribution of frozen smoothie packs and Juice Pads. In the intervening years, a lot has happened. A true smoothie revolution has erupted, and tropical fruit is no longer shied away from. 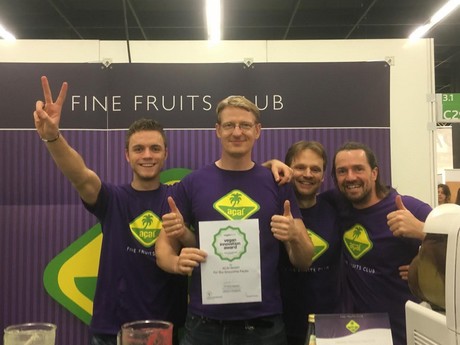 Left to right: Daan Boer, Hans Hoffius, Pascal Stutte & Joost Snel
Organically profitable
The company came out of the NWFP project (Non-Wood Forest Products), an initiative in which the population of the Amazon, where part of the products come from, are stimulated to sustainably exploit their environment. That is how it wants to combat the felling of the primeval forest for cattle breeding. Thus, it contributes to an organic preservation of the Amazon and it remains profitable. 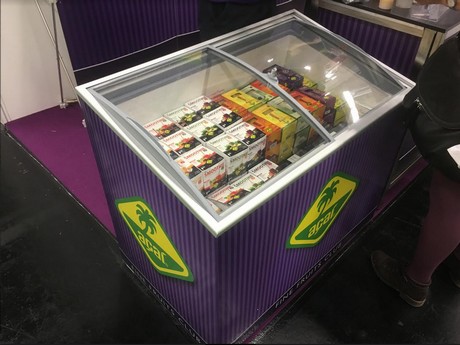 “We do not sell organic, we sell fruit”
About a week ago, Acai Benelux received the Skal certificate, meaning the company can now officially call itself organic. “Our vision is organic, because we want to champion healthy food,” Snel explains. “We want to offer food that is as pure as possible. That is in our DNA. That is also why we sell fruit purée based on 100 per cent real fruit. The fruit is picked when it is ripe in the country of origin, doing optimum justice to flavour and nutritional value, even after making the frozen product into a smoothie. In principle, we say: we do not sell organic, we sell fruit.” 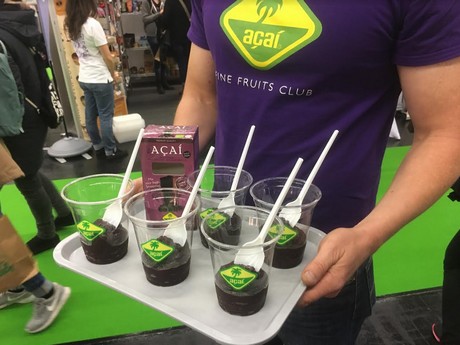 Tropical fruit can always be more tropical
Traditionally, the company imports fruit purée in the form of Juice Pads, 100-gramme packs, that people can personally turn into freshly picked fruit smoothies from South America by putting them in blenders. Currently, the company has 24 fruit types available: the well-known tropicals, including banana and mango, but also less well-known fruit types, such as graviola, acerola, camu camu and pitanga. And last but not least, açai, to which the company owes its name. However, not all types of fruit have been organically certified, for not all materials are available organically. But the company has the ambition to become fully organic. 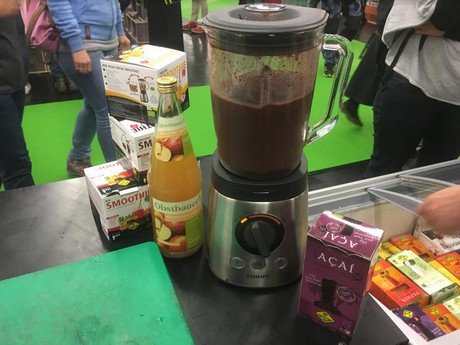 Acai Europe, the parent company of the Benelux branch, recently developed a new product: smoothie packs. Snel: “Those are bags in which various ingredients have been pre-mixed. One bag is basically a ready-made recipe. Similar products did exist already, but those recipes tend to be a bit boring. It is often not much more exciting than strawberry, raspberry or banana.”

The quality of many existing purées often leave much to be desired, according to Snel. “Much fruit is processed IQF — individual quality frozen — in Europe. The tropical fruits used for this are not of particularly good quality.” Acai Europe imports part of the smoothie packs as raw material, which they personally process into purée. Other types of fruit come from the European mainland, such as strawberries, blackberries and blueberries, which can be picked here when they are ripe.
Complex recipes
With the current state of science, the company is now in a position to develop complex recipes and freeze them. Some 120-gramme packs of the smoothie have up to nine ingredients. The products have mostly been made with the aim of relieving consumers and catering establishments. “They can also easily make their own creative recipes,” Snel predicts. Last week, Acai Europe won the so-called Vegan Innovation Award with these products at the Köln Messe.
For more information: