Mexico: Blueberry demand on the rise every year

The berry market is very important for Mexico. The country exports blueberries, raspberries, blackberries and strawberries to various markets in America and Europe and has its sights set on Asia. 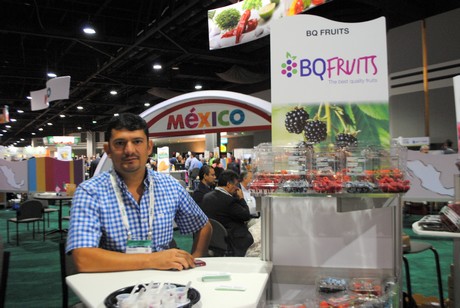 According to Miguel Méndez, of BQ Fruits, most volumes are shipped to the United States, with the European market in second place. "We work a lot with the United States, the Netherlands, Italy, France, Germany and Asia," he affirms. Although exports go also to Japan, not all Asian markets are open and they would like to expand to other Asian destinations. "We are not active in the Chinese market, but we are interested and perhaps we will be in the future," he adds.
Organic agriculture
The company is trying its luck with organically-grown berries. "We're only starting. We have some organic blackberries, but we still don't have organic crops of other varieties (raspberries, blueberries or strawberries). If we achieve a good result, we will continue," explains Miguel, adding that he is aware of the risks involved in this type of farming and of the difficulty of controlling pests with non-chemical products.
United States and Europe
Its berries are exported mainly to the United States and Europe. "The European market is important for us, since we obtain a better profit margin than in the North American market. In the U.S. there is a lot of competition, so it is important to keep one foot in another market," he states. When the U.S. market is strong, they find it difficult to export to the rest of the world because of the high logistics costs, although this becomes the best option if conditions in the U.S. are not ideal. 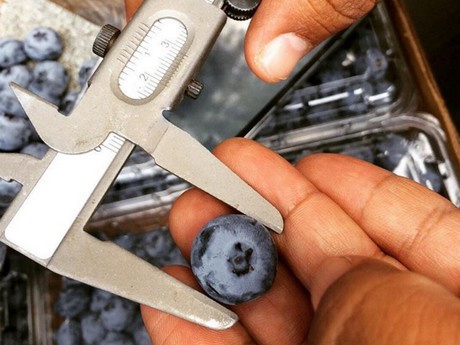 Blueberries gaining popularity
Blueberries are gaining popularity over other berries and this trend is reflected in the acreage. "The demand for blueberries is growing every year," affirms Miguel. "In the case of raspberries, it is the opposite. Four or five years ago, raspberry sales were 40 to 50% higher than today." Miguel adds that this reduces the profit margins, which means that many producers are switching to blueberries, which are in higher demand and reach better prices.
Speculation on El Niño
Miguel concludes by saying that El Niño could pose a serious problem, but believes it is too early to know for sure what will happen. "There is much speculation and we actually do not know. It is true that we are facing a high risk, as the rain and winds could take a toll on the quality of the fruit, but this is difficult to predict." If we compare the situation with that before the expected arrival of hurricane Patricia, at that time "everyone was very concerned and its impact was eventually much less serious than we thought. True, it rained, but the problems were overcome within a week."