Even though Spain signed a highly demanding phytosanitary protocol with China in 2005 to send citrus directly to Shanghai, Qingdao, and Guangzhou without having to go through Hong Kong, until now the products were still being sent through Hong Kong. 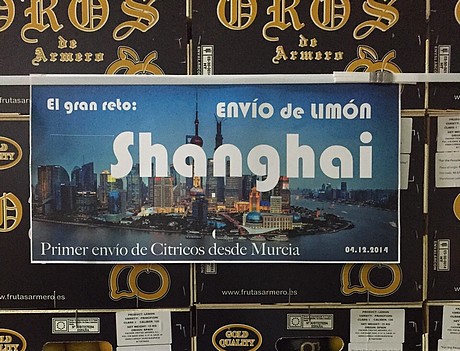 The first shipment of Spanish lemons arrived in Shanghai on Thursday 4th of December.

"We had to comply with various rigorous processes to meet these protocols and be the first company in Spain to send lemons from la Vega de Murcia to Shanghai. We needed the absolute record of all the production plots of lemon in AQSIQ China, their location via GPS coordinates, verification, inspection and certification of the calibration warehouses, processing and packaging of the fruit and have specific cold storage rooms to perform a pre-chilling process for the lemon," said Tomas Amer, manager of Agri-Naturelle, to FreshPlaza.
Regarding labelling issues, "we also had to follow specific rules and meet special regulations to comply with the protocol signed with China," he continued.
Tomas also stated that the protocol required them to comply with certain temperatures as they loaded the lemons and to perform a cold treatment on the fruit, prior or during the trip to China, specifically to avoid the Mediterranean fruit fly. 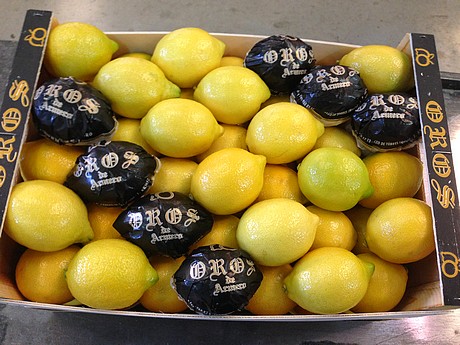 Compliance with all this protocol is controlled and audited by the Spanish and Chinese phytosanitary authorities as a whole. "I'd like to take this opportunity to congratulate the Spanish phytosanitary inspection crew belonging to MAGRAMA on their professionalism, great work, discipline and all the support they've given Agri-Naturelle throughout this process," he said.
"China is a very demanding market in terms of quality and plant safety, so it's remarkable that Agri-Naturelle SARL is one of the first Spanish export companies that meets the challenge of exporting horticultural products to the Chinese market," he says.
Spanish lemons will have to compete with the production of Argentina in the Chinese market. However, according to Thomas, "the Argentine product can not compete in quality with the Spanish lemon because of the advantages that the Mediterranean climate transfers to this citrus."
"In the coming weeks we will continue making new shipments to China, highlighting a growing demand for our products in this exciting new market that only asks for the best," he concluded.