The situation in Ukraine is not yet affecting his business, says Murat Türengül, Managing Director of Nord Frucht Import & Export in Bremen. However, he expects a massive increase in oil prices, which in turn could result in equally high costs for freight deliveries and such. 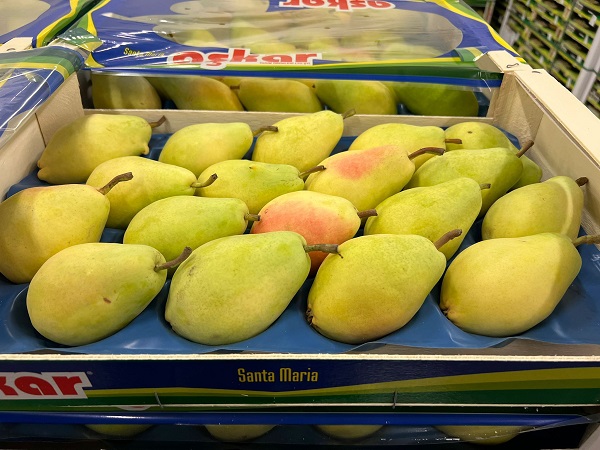 At present Türengül offers pears from Turkey and cooperates here with the company disFruta from Wuppertal. "For sourcing goods from Turkey, we only work with certain suppliers who can guarantee us top quality. The season started in September and will continue until the end of May. The qualities are very good right now." 10-12 pallets of 850-900kg per pallet can be marketed by the company. The pears are sold mainly in northern Germany to Turkish as well as German supermarkets as well as to a company at the wholesale market in Hamburg.

Significant price premiums
"Demand remains quite high, as our customers are also very satisfied with the quality. However, prices have increased noticeably. Whereas we used to pay 55 euros per pallet, we now pay around 77-88 euros per pallet," Türengül says. "Prices will not remain stable either, as every crisis naturally affects trade." In addition, Türengül fears that, given current circumstances, there could be problems sooner or later with dry products such as beans and lentils from Turkey.

Big profits
However, during the Corona crisis, the Bremen-based company was able to increase its sales by three to four times. "People have been eating healthier, consuming larger quantities of citrus fruits and vegetables, which has allowed us to sell significantly more than before. Especially with Turkish, but also German retail, we were able to bring in big profits."