China and Russia stood out as the more difficult markets of the 2019 citrus season, says Snyman Kritzinger of Grown4U, a grower-exporter of citrus from the Sundays River and Gamtoos valleys in the Eastern Cape. The harvest is over and their last lemon containers are on the way to the UK and Hong Kong. 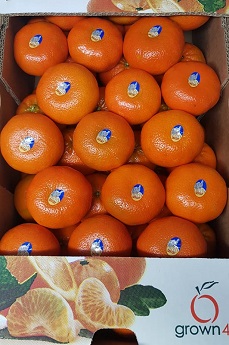 More Novas than usual went through the China’s cold steri protocol. Novas appeared sensitive to cold damage from the cold-steri protocol which affected the shelf life and taste of some arrivals from South Africa, not impressing the buyers nor more importantly, Snyman notes, the end consumers.

Stock started building up, eventually leading to a complete crash of the market for Novas in China, Snyman says.

Thereafter late mandarins (even Honey Murcotts from Australia that, Snyman says, usually “sell for crazy prices”) had a hard time of it in China. Diverting stock to other markets in Southeast Asia pulled down those soft citrus markets and caused Singapore’s market to crash.

Moreover, given the large proportion of young late mandarin citrus trees in South African orchards, there was a lot of class 2 fruit.
Elsewhere in the world prices were as per usual on late mandarins but generally more fruit were available and late mandarin prices are $1 or $1.50 per carton lower than last year, especially on class 2. 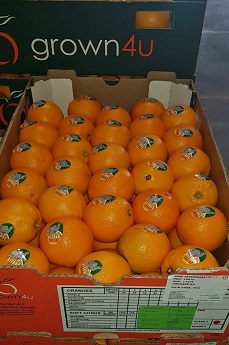 This year Chinese buyers (and South Africans) thinking that the Egyptian harvest was over, were surprised by boatload upon boatload of Egyptian Valencias that kept on arriving at the Chinese market. It destroyed the market for early navels.

“Buyers thought Egypt had finished and that the market would be short and the next day there arrived a boat with 500 containers and later the week another 300 containers and so it continued. Months later fruit was still arriving. And I don’t think it’s a phenomenon of this year. In future early navels are going to become really very difficult. And it’s not just in China.”

“It’s all down to a lack of information from Egypt that makes it very difficult to make decisions. The problem was compounded by poor packouts due to wind marks and then the delays at the ports and in transit due to poor vessel integrity. We had some containers delayed by 22 days.”

Next year could perhaps be a little different for navels, given the current outlook for Spain and Morocco but Egypt remains the surprise packet and he says it is very difficult to gain good information about the Egyptian supply.

Slow colour development on late navels
“We had real difficulty getting our late navels, specifically Cambrias, on colour. We just didn’t have enough cold nights in the winter. Some blocks we left hanging two or three or even four weeks longer while waiting for colour,” he says. The market remained quite strong on Cambrias until week 37, mostly to Malaysia, the Middle East and Spain with their Cambrias, a cultivar originating from the Gamtoos Valley.

“The fruit is incredible. Even if it’s green the taste is fantastic. In Spain they appreciate a Cambria and they pay a premium for it.”

Towards the very end the Middle East, Bangladesh, India, Europe and Russia came under some pressure. Turkey’s early navels are putting pressure on the late Valencia market. 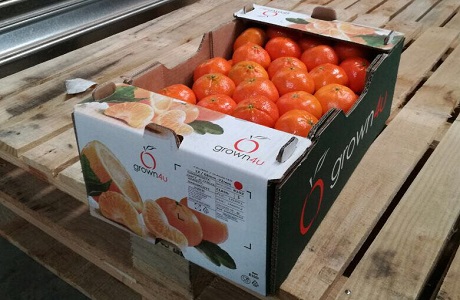 Lemon income down on last year but 2020 could be different
The lemon market was fair but Spain’s big Verna crop basically halved the marketing window for South Africa in Europe and the market never really exploded.

“Income from lemons in Rands per carton is definitely significantly lower than 2018.”

In general, the citrus industry’s income is on a gradual downward trend since peaking in 2016. He says he can’t see how next year will be very different.

Saying that, both Morocco and Spain report significantly lower volumes on soft citrus and oranges. The Verna crop in Spain and the general lemon crop in Turkey are down significantly. All these factors could well play a role for a more stable market for South Africa in 2020.

Assistance from weak exchange rate
“The currency is stable on acceptable levels. It’s currently around R14,50 to R15,50 to the Dollar, from around R11.70 at the beginning of the year. We’re in a much better position than we were in January and February. We’re really grateful for the exchange rate. If it weren’t for that, the downward curve wouldn’t have been gradual, it would’ve taken a drastic dip.”

About 30% of their volumes go to the UK, about a million cartons, and Brexit could have a big effect on their lives. Snyman speculates that under the new trade regime (there is a bilateral agreement that trade between post-Brexit UK and South Africa will continue unchanged in terms of tariffs), if the UK has to pay duties on European citrus, they might consider staying longer with South African citrus during a season.