Agrusib, a company specializing in the production and commercialization of clementines, founded the Sibarina brand in 1999. The objective was to gather citrus fruit producers from the Sibari plain (Calabria). Twenty years later, Agrusib is well-known both in Italy and abroad for its clementines and oranges and is part of Op Natura. 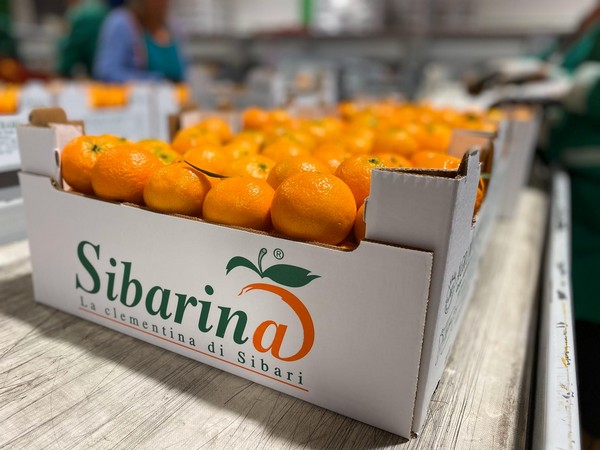 "Clementines are harvested only when they reach specific qualitative and organoleptic characteristics. Brix levels, for example, are never below 12," explains president Domenico Oriolo.

"We expected 30-40% fewer quantities this year but volumes are even lower. Prices are almost satisfactory at the moment due to the lower yields, but we have had to deal with a delayed production. The high temperatures have meant fruits lacked the chill hours needed to develop a good color despite the high sugar level. Things are more normal now."

"We risked not celebrating our 20th anniversary as a fire destroyed our old warehouse on June 15th 2019. Luckily, we managed to rebuild it in just over three months and now have a bigger facility equipped with all the machinery we need."

"Over the past twenty years, citrus fruit cultivation in Calabria - and in Italy in general - differentiated a lot. We have loads of cultivars so we can have a wider ripening and sales calendar. I believe common clementines will become popular again over the next few years."

President Agrusib highlighted that Italy cannot meet the domestic demand, which in turn clashes with the devaluation and depreciation of domestic citrus fruit of the past few years. "On a commercial level, we need to stress the lack of aggregation, which affects final prices. In addition, by doing so, we favor foreign competition, especially from Spain and North Africa."

According to Oriolo, only 20% of producers are part of an organization in the Sibari plain. "Alone, small producers cannot tackle the market."

50% of Agrusib's production is destined for export abroad. "Ukraine and Poland are great consumers. If, initially, trade focused mainly on the smaller grades, they now also demand a higher quality due to their higher economic development. We also send produce to France and to Paris in particular. Last year, we established relations with a few German operators though we cannot serve them yet due to the limited yields."

What is curious this year is the demand coming in from countries that usually buy produce from Spain. "Due to the lower quantities registered in Spain, countries like the UK and Denmark are asking for produce."