On September 9th, nearly 300 people came together at the Terra Botanica park to celebrate the 60th anniversary of Fleuron d’Anjou. 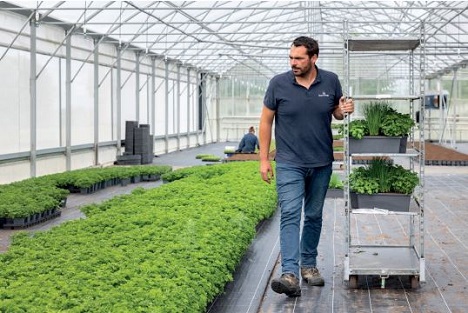 He also presented the main stages that led to the current group, mentioning the different mergers with other local cooperatives such as the Coopérative Horticole and Maraichère Angevine, as well as the SAVIPRIM and Varennes cooperatives.

The highlights of the group’s external growth were recalled, including the acquisition of Renomière in 2006 or Taugourdeau in 2010.

The cooperative also presented its plan for the development of health and well-being plants for the next decade.

A round table of experts illustrated the tremendous potential of plants regarding their numerous health benefits. 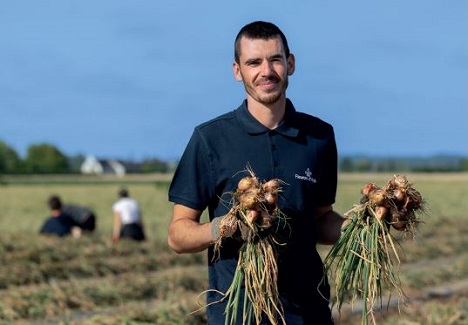 Finally, the development axes were presented, with four main themes:

- the innovation was also presented as an essential development lever to adapt offers and bring new solutions to the evolution of the market, consumers or even the regulation on plastics for example.

- the company also wants to fully integrate the digital revolution to make it a tool for performance and competitiveness.

- similarly, the company has strong ambitions to enhance its commercial brand.

During its 60 years of existence, the company has shown its ability to adapt to the various crises and difficulties French agriculture has had to face. The presentation of its ambition and projects shows that it still has this same dynamic and will to grow.

Fleuron d’ Anjou: a cooperative of committed producers and employees
Today, the group has a revenue of nearly 60 million euros [59.9 million USD], divided evenly between its two activities, which makes it a leader on the flower market and a recognized operator for its main crops (PGI Shallots of Anjou, asparagus, vegetable bundles, root vegetables and lamb’s lettuce). With 300 employees spread over 6 local sites, the cooperative gathers and values the merchandise of nearly 80 producers.