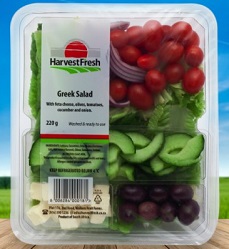 Harvestfresh is a company that supplies value-added leaf and salad products as well as cut and core vegetables to the four main retailers in South Africa, as well as under its own Harvestfresh brand from its main office in Meyerton, southern Gauteng.

“Our business started with our own brand in 1994. We’re fortunate to be one of the few guys who still pack under own brand and we’re very proud of our brand. It’s quite big. We supply into 140 independent outlets like greengrocers across Gauteng and Bloemfontein under our own brand,” explains George Maxted who runs the business with his wife Tracey.

“The Harvestfresh brand took a big knock during Covid with restaurant sales which we don’t do directly but through independent outlets and a lot of wholesalers that we supply. A lot of our product ends up in the restaurant, hotel and catering business. We always knew product was going in there, we just never knew how much.” 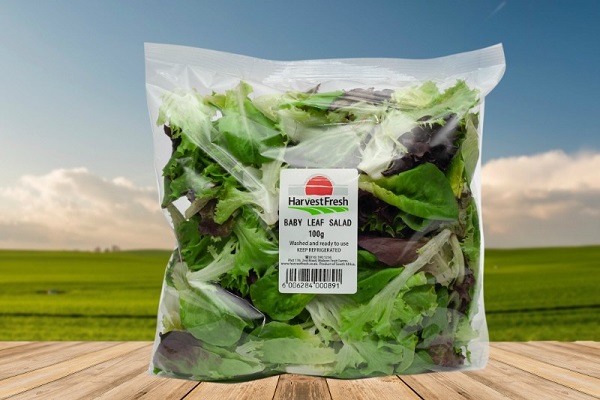 Major uptake of core veg during Covid
As a result, the company saw a marked decrease in the value-added leafy divisions like bowl and cut salads, but Covid also brought a new dimension to their business.

“We saw during Covid the importance of core vegetables. We saw major uptake among consumers of cabbage, spinach, kale. People bought a lot of kale during Covid. We’ve only been growing kale over the last three or four years. The massive growth has now flattened out a bit, and 65% of our business is still centred around value-added leafy vegetables, salad packs, washed leaves plus ready-to-eat salads, all packed according to customer specifications.” 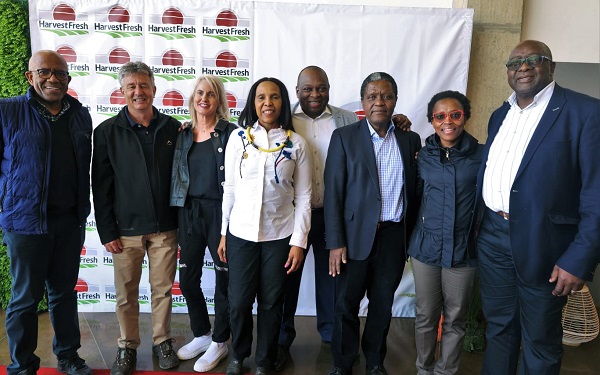 Harvestfresh has recently opened a new processing facility, also in Meyerton, which doubles their capacity. “We were never in the bulk game before, but now we have the capacity. We’ll be moving the value-added leaf business into the new facility while the core and cut vegetables, for instance the Iceberg lettuce, broccoli, cauliflower, carrot, green bean and marrow mixes, will be done in the old facility.”

The whole facility is temperature controlled, George says, and the cold chain management of the new facility gives it an edge.

Roughly 150 tonnes of raw product come into their facilities on a weekly basis, virtually everything grown in soil. Everything can’t be grown year-round in southern Gauteng, which has cold wintersso during that period a lot of production moves to WJ Boerdery in Kleinfontein, Brits (a very nice area for leafy vegetables, George notes) and also, from this year, to the Marble Hall area of Limpopo. Cucumbers, tomatoes and peppers they buy in. 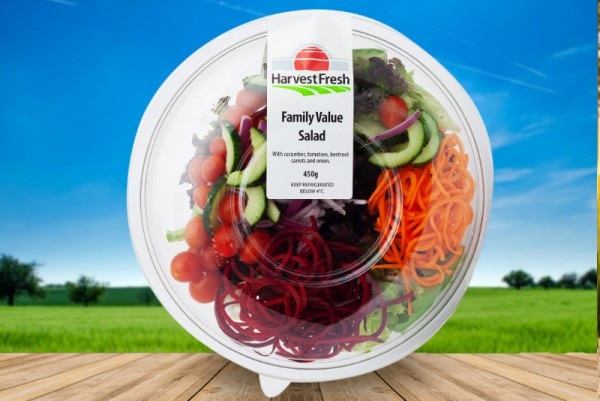 Sourcing from local small-scale farmers
“We’ve got quite a prolific small scale farmer development programme where we strive to source from small-scale black farmers in our area. Over the past decade it’s become a major focus for us,” he explains.

He says that ten years ago a few growers approached them to hear whether they would buy from them. This has since grown into a development programme with six preferred local farmers, in conjunction with the Gauteng Department of Agriculture.

“We’re well on our way to be an aggregator and assist the farmers. The programme works very well. These farmers are totally sustainable, they specialize in baby tomatoes, cucumbers, coriander, rocket. It used to take a lot of our time to focus on these smaller lines but they do it better than we could.” 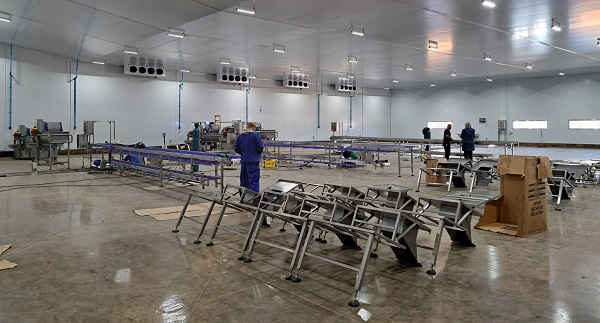 The new vegetable processing facility of Harvestfresh, made possible through their partnership with Thebe Investment Corporation (photos supplied by Harvestfresh)

Partnership with Thebe Investment Corporation
George remarks that a few years ago they realised they had to grow the business to take it to the next level and an opinion piece in the business section of the Sunday Times in 2017 by Nhlanhla Nene, a former minister for finance, caught his eye.

In it, Nhlanhla Nene, who today is the chairperson of Thebe Investment Corporation, set out the investor’s intention to build a significant food services company within the next three years, with the development of farmers at the core of their strategy.

“As I was reading the article I thought: wow, we tick every box. A few weeks later I started chatting with Mokgethi Tshabalala, the general manager of agroprocessing at Thebe Investment Corporation and within a year we’d sold 51% of our business to them. It’s been a very good partnership and the way the deal was structured has enabled our expansion, building the facility and acquiring 250ha of additional land, otherwise it probably would not have happened.” 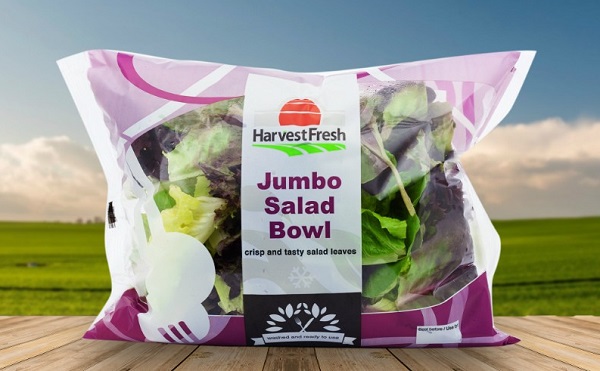 George notes that increased input and packaging costs, for instance that of fertilizer which have risen by 156%, has been putting a huge amount of pressure on their business.

They have worked closely with Rijk Zwaan for many years. “We’ve come a long way with them, we do a lot of trials for them. There is a huge variety of new lettuce varieties. The leaves must taste nice, that’s number one for us. It has to grow properly and take the climatic conditions. We want yield and leaves have to withstand the washing and processing in our facility. Then it has to give us shelf life in the bag - these are the kinds of things we look at in the development work we do with Rijk Zwaan.”