"It seems like there are no more price floors or ceilings"

With more than 65 years of experience in the fruit and vegetable trade, Jan van den Heuvel has experienced many an economic recession. Yet, according to Jan, the situations from say 1973 and 1980 were incomparable with those of today. "It seems like there are no price floors or ceilings anymore. We saw that during the first months of Covid-19 and we are currently seeing it again." 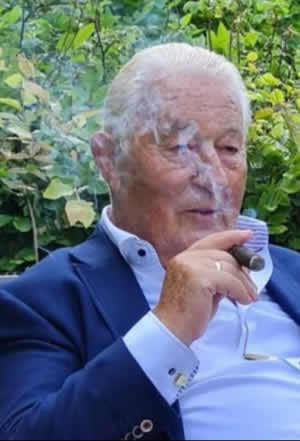 there was a lot going on as well, but back then we were talking about gas prices of 7 cents, that might double. Now we have seen gas prices of 3.40 euros. Moreover, our trade function in the Netherlands was more limited than today. Everything seems to come at us at once now. Nitrogen emissions, the war between Ukraine and Russia, the energy crisis and an inflation rate of no less than 12%. It just gets worse and worse," says Van den Heuvel.

Still, he has hope that energy prices will turn around in the near future. "I'm convinced that we are at the top of the energy trend right now and that the situation will be very different within three months. Even an inflation rate of 12% just can't hold. The tide will turn. If there is any surplus in the market at all and there are no prompt purchases, the situation can change quickly."

"The cultivation of tomatoes under artificial light, and that of flowers, will be significantly lower in the Netherlands because growers will halt for cost reasons, whether forced by the banks or not. But other countries will respond to this. Suppliers from Morocco and Spain will undoubtedly jump into the gap. Regarding vegetables, there is the advantage that the are a prime necessity."

"For the fruit and veg trade, the consequences may still be manageable, although it depends on the segment you find yourself in. The fruit and veg trade also has to deal with cost increases for transport, packaging and refrigeration, but the biggest blows are being dealt to the producers right now. For me, this confirms my opinion that the activities of producers and traders should be kept separate. There are so many examples of parties who have tried to combine the two, having suffered setbacks in the process. Let the shoemaker stick to his last."

"Of course, one always has to deal with supply and demand. For example, two months ago Egyptian oranges cost 7 to 9 euros per box in an oversupplied market, but now South Africa is on the market and prices are going up to 20 euros, despite all the problems. Indeed, price ceilings no longer seem to exist. But during the second half of the Chilean grape season we also saw that things could be different. All the produce destined for Russia and Ukraine came this way. On top of that, the American market was bad as well, so all the trade was sent to Europe and didn't yield anything at all."

During his years in the business, Jan himself often tried to invest in times of crisis. "You simply pay less in those times," he states. "But again, the current situation is quite different. However, even now, solid entrepreneurs will get through it all. They will have good people around them, they will pay close attention to the market and will have the courage and daring to come out of this crisis stronger."