Huangguan pears and Ya pears are the main export varieties of Chinese pears. In Hebei, which is the main producing area of ​​Chinese pears, after the harvesting season in July and August, the storage of Huangguan pears has been fully completed. Recently, Gavin Bian of Hebei Tianbo Fruit shared his insights into this year's pear production season with Freshplaza. 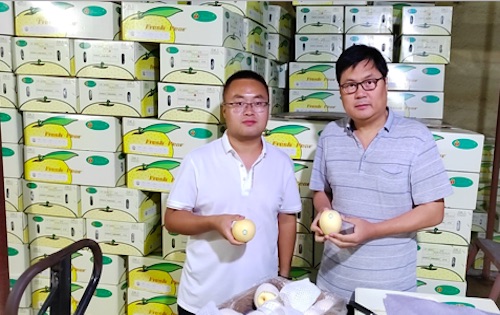 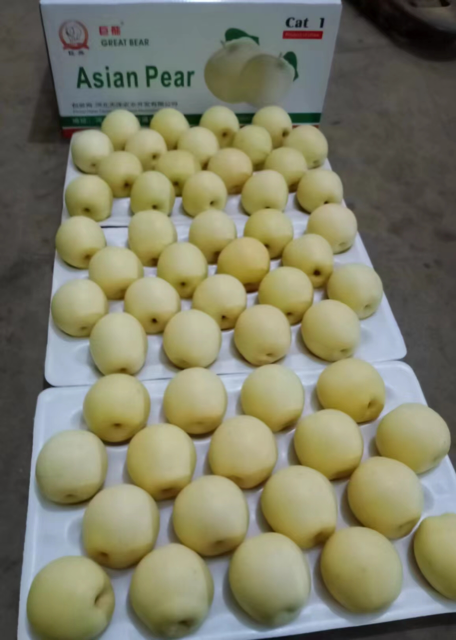 Talking about the reasons for the production reduction, according to Gavin's analysis, the first is climatic factors. This year, the pear trees have had a short flowering period and encountered cold weather after the fruit setting, resulting in a slow growth process and small size of pears. Secondly, due to the low price of pears in previous years, many growers have cut down trees and abandoned their management, or changed to other varieties. The third cause is the excess development of fruit and the large demand for food. Therefore, the government encourages "returning orchards to farming", so the number of fruit trees has decreased.

The Huangguan pear is an important variety for export in China, and it is very popular among overseas Chinese groups and local people. The volume of Huangguan pear exports has decreased this year, mainly due to the increased cost of pears and the decline in purchasing power in foreign markets.

"Although this year's freight rate has been cut by more than half compared with last year, the cost of pears has increased significantly, leading to an increase in export prices. In addition, due to the pandemic, the purchasing power of overseas markets has declined, so overseas importers have reduced their import volumes."

Among overseas markets, Indonesia is the largest market for Hebei pear exports, accounting for about 40%, and the price competition is very fierce. "Indonesia has a large population, the weather is hot, and pears are not grown locally, so pears are very popular for their thirst-quenching properties. In addition, several large importers in Indonesia continue to build cold storage facilities to alleviate the relatively weak local cold storage and logistics situation.” (right: Gavin Bian)

In addition to traditional pear varieties, many new products are becoming more and more popular, among which there are many varieties with good economic benefits. It is understood that Yuluxiang and Hongxiangsu have been exported overseas, and the export volume is increasing year by year.

Hebei Tianbo Agriculture Co., Ltd. is engaged in the purchase, processing, storage and sales of fresh pears. The main products are Huangguan Pears, Ya Pears, Hongxiangsu Pears, Yuluxiang Pears, and Yuanhuang Pears, which are mainly sold to the United States, Canada, Mexico, Israel, the Netherlands, Southeast Asia and South Asia.