Harvest and shipping are underway for the 2022-2023 Washington apple crop, including on club varieties such as Rave® and SweeTango®. “We’re in the midst of harvesting and currently packing early season varieties such as Rave, a signature apple we are the lead marketer on, along with Gala and SweeTango. There is still a lot of harvest to go at this point,” says Brianna Shales of Stemilt Growers.

Cosmic Crisp is also one variety that continues to grow in volume. “It’s becoming a core variety that will soon be available most weeks of the year,” says Shales, adding that Stemilt will have slightly more organic Cosmic Crisp apple volume this year. 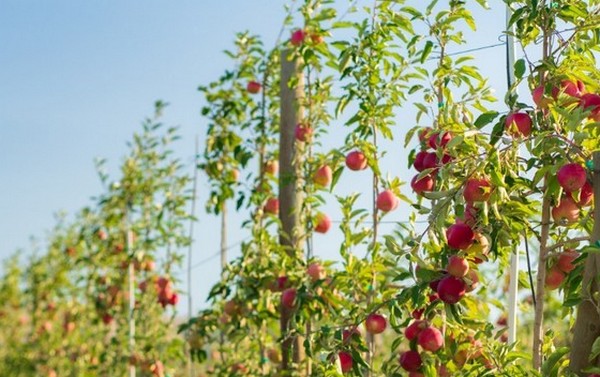 Stemilt is in the midst of harvesting and currently packing early-season varieties such as Rave.

“We anticipate less overall volumes of apples than last year, but will still have promotion opportunities. We are thrilled about the variety mix and ability to deliver a great consumer experience,” says Shales. “We expect sizing to be down a size or two this season on the whole. This is variety dependent, but is a trend we are seeing with the first bins that are being harvested in Washington State.” She also adds that harvest is about 10 days later than normal following a cold spring that delayed bloom and subsequently harvest.

East Coast harvesting as well
While Stemilt grows in Washington State only, other regions of the U.S., including Michigan and New York, are getting started with harvest as well.

As for demand for apples, Shales says it is strong. “There is pent-up demand for core apples like Gala and retailers in North America are going to be switching displays to prominent apple sets,” she says.

Apple promotions are likely to start in October which will help movement. “We will want to keep working to grow consumption of apples this year and can do that with well-executed promotions at retail. Especially around these new, high flavor apples like Cosmic Crisp,” says Shales. 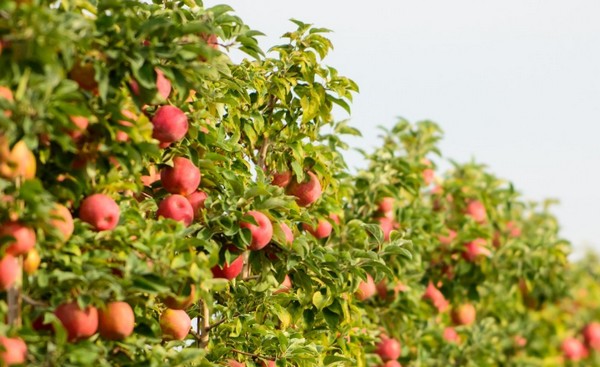 The grower-shipper anticipates less overall volumes of apples than last year, but will still have promotion opportunities.

That said, the later start is putting pressure on the harvest. “The delayed harvest has presented challenges in getting fruit packed and shipped for normal ad periods. We also are watching the fruit sizing closely as that could lead to a promotion strategy shift if we have more bags available than bulk sizes,” says Shales.