Texas’ drought conditions are undoubtedly severely affecting the state’s agriculture picture. “There are fewer plantings. This should mean higher prices down the road once we get into the regular harvest cycle,” says Tony Martinez of Primo Trading Services LLC in McAllen, Texas.

Martinez says that compared to the 2021-2022 cycle, South Texas vegetable acreage is anticipated to drop 20-35 percent, largely in row crops. While there’s a drop in greens production, the more significant drop is seen in commodities such as onions, cabbage and squash. Early estimates given by the regional irrigation districts show the Mid Valley region of South Texas is the most impacted by the drought.

For Primo Trading, it’s affected potential growth in acreage. “Fortunately, we’re not as bad as other water districts--we should have increased production by about 150-200 acres this year. But we ended up staying where we were at because of the water shortage,” he says. He notes in general that some farms are scaling down their growing operations, depending largely on what commodities they handle. 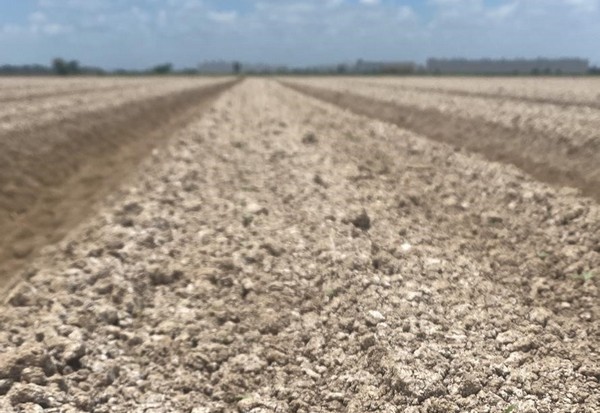 Faster commodity growth
He also notes that because of the drought, the commodities are coming off much faster than normal.

Drought is also compounding existing issues for Texas growers. “First it was COVID, then supply shortages such as seed, then fertilizer shortages/price increases and overall disruption in the supply chain and now we’re in year three of COVID. The problems just keep mounting,” says Martinez.

However, one key concern right now is the state of future crops. Farmlands in Texas are controlled by water districts where water allocations are given out according to acreage. “But so much changes every week because of water shortages that we’re having to go back and make changes on a weekly basis,” says Martinez. “We start planting onions in October and I have to let my seed vendors know now about what I’m planting. I should have let him know a month ago.”

He adds that districts to the East and West of McAllen are more affected by the water shortage and some growers there have no plan at all at this point and aren’t even sure if they’ll be planting crops in the fall. 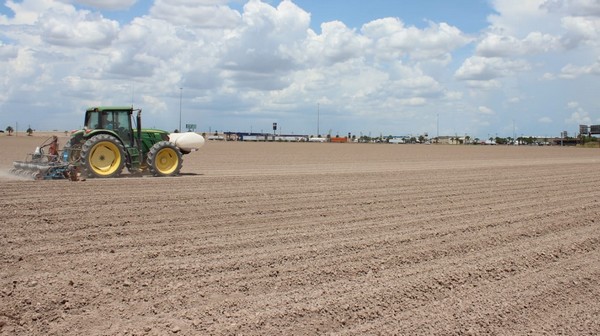 The future of Texas agriculture
All of this means in the longer term, the larger Texas agriculture scene is shifting. “It’s a trend we’ve already been seeing over several years--whether you’re in Northern, Eastern, Western Texas. When the consumer goes to that grocery store in that region, there’s not going to be produce missing from the shelves. It’s just going to have a different country of origin,” Martinez says. “Fall 2022-spring 2023 will look a little different because there will still be product grown domestically. But with some of the shortage, retailers may have to look somewhere else to source.”

However in the short term, there is a silver lining and that is that historically, September and October have been the rainiest months for Texas. This is obviously much anticipated. “We have gotten some rain recently. We had a great storm last week and that was the perfect storm--it hovered around the reservoirs and it helped raise the reservoir levels,” said Martinez. “But we’ve been at a negative for such a long time so it helped the municipality but it didn’t help the farming community because the reservoirs and the water districts are still at a negative. It wasn’t enough rise for it to make any dent but hopefully, more rain will come.”