Schoeman Boerdery extends a hand to a hundred rural communities

Unlike in the South African mining sector, where 1% of net profit by law has to go towards social and labour programmes, no such legal obligation exists for farming enterprises, but Schoeman Boerdery, a large citrus producer in the Senwes area of Limpopo, has felt themselves compelled to co-fund a grassroot economic development programme, called the Broad-Based Livelihoods (BBL) programme in their surrounding communities in Sekhukhuneland (Limpopo) and Mpumalanga.

Gogo Mashilo in the vegetable garden in Motshephiri, Sekhukhuneland, which she set up after learning the deep trench method in the Sociotech/Umsizi BBL programme (photos supplied by Umsizi)

The broad-based livelihoods programme was designed and implemented by SocioTech and Umsizi Sustainable Social Solutions, who collectively have over 30 years of experience in the design of programmes to address the problem of chronic household food insecurity, malnutrition and poverty.

As Marna de Lange, SocioTech CEO says: “You cannot think small enough – R10 per day could double someone’s expendable income.”
She notes that Covid had brought the matter of food insecurity to the fore and has given impetus to the BBL programme.

“We have to unlock potential and it starts with vegetables”
“In the five years we’ve been working with Schoeman Boerdery, their programme has spread like wildfire,” explains Jeanine Kirkman, programme manager at Umsizi.


“Especially once the programme was extended from the on-farm villages into neighbouring villages and beyond. The BBL programme helps ordinary people to develop livelihoods with what they already have, at their own pace, without reliance on external inputs, and to scale up as much as they want to without a ceiling to their own success. It becomes a new way of life.”

New villages in and around Sekhukhuneland are continually added to the programme, as word spreads, and the programme that SocioTech and Umsizi run on behalf of Schoeman Boerdery is now present in 100 communities.

“We’ve been responding to the demand for further implementation of the programme within our current means, but there’s such potential to take this further and wider,” Jeanine says. “We would like to try to attract other partners with the same heart for the people to take it to a higher level. It’s a tried and tested solution with opportunity for further scalability.”

She observes that SocioTech and Umsizi’s strong stakeholder network is one of the reasons for their success, and because it is designed to reach the masses at the bottom of the socio-economic pyramid. as well as the low barrier to entry.

“BBL is different: it’s about reaching as many people as possible. We don’t pre-select participants, we open it up to everyone. Our goal is not to have a target number food gardens, our goal is to help entire communities lift themselves out of poverty, by creating multiple pathways for themselves to access the economy since formal sector jobs are on the decline.”

The BBL programme has been implemented as local economic development programmes on behalf of mining companies fulfilling their social and labour obligations. It has run across eight provinces of South Africa, active in a thousand communities where over 25,000 participants have been trained in growing food, basic business skills and goal realization. 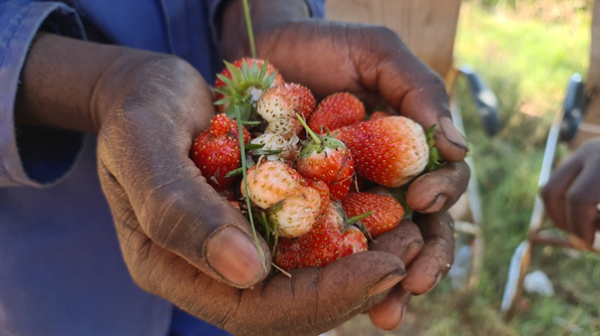 MyFood
The first step to implementing a BBL programme is a mass meeting. “We explain that we’re not there to give handouts, we want to train them to grow food to feed their families and generate income,” Jeanine says.

“We have to unlock potential in the informal economy and it can start in one’s home with vegetables. We teach participants the deep trenching method, to use whatever space they have. You don’t need any money to begin a trench bed of 1x3m, as all inputs can be obtained free of charge. The deep trenching method of soil regenerating has been hugely successful, regardless of the region, soil quality or rainfall."

Participants in the programme, which runs for 8 to 10 months, do not receive seeds or other inputs but are rather shown to gather seed from the vegetables they’re already eating. In the Fruit Tree Campaign of the programme, they can are taught how to add fruit to their farming practices, with subsidized grafted fruit trees (or shown how to take cuttings in the case of figs) for which they have to prepare the holes, following the deep trench principles of soil restoration. 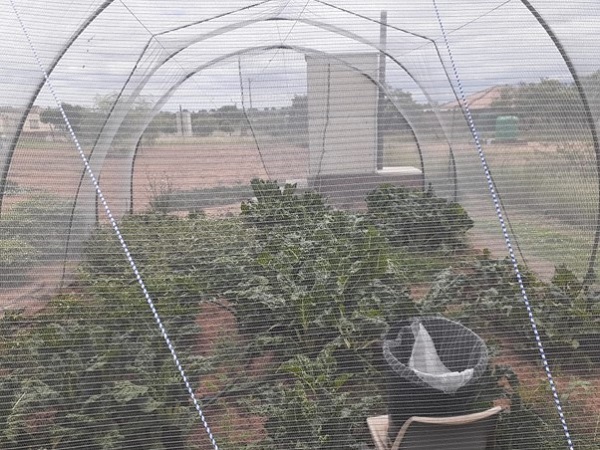 Marna says that the regularity with which the facilitators return allow a trust relationship to develop and in about three years, a BBL programme usually reaches critical mass.

Growing tunnel and drip irrigation
Given the low barrier to entry, it is easy for participants to teach the deep trench method to others. Participants who transferred knowledge to three other families who have themselves reached the point of harvesting vegetables, qualify for a greenhouse tunnel, if budget allows.

“The greenhouse tunnel is excellent advertising for the programme - no-one walks past a greenhouse tunnel. The tunnels start a conversation. They are shown to install and maintain the greenhouse tunnel plus irrigation system and they are able to replicate it at very low cost: we have done the sums and they can generate enough revenue from one season of crops for a second tunnel,” Marna says. 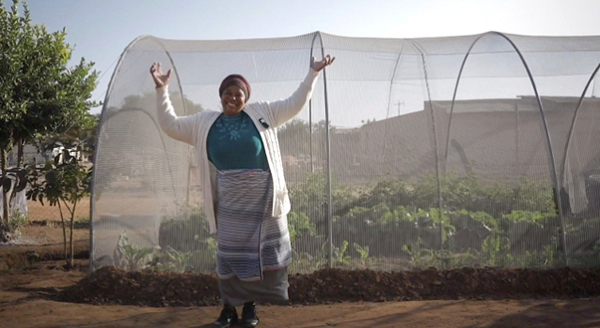 MyBusiness & MyFuture
Marna remarks that those with a business mindset soon see the opportunity of vegetable sales within the community with the benefit that the money stays in the community.

A programme teaching the fundamentals of running a business, for instance budgeting, record-keeping, pricing and costing, follows and can be applied to whichever field the participant chooses (skills for food processing, such as fermentation and preservation, are also taught).

“Often there is such hopelessness and low levels of motivation in communities,” Marna points out. “The MyFuture part of the BBL programme helps them to envision a different future through setting goals, and the MyFood programme is the stepping stone to get them to where they want to go.”

Jeanine says: “Schoeman Boerdery believes that the programme is a part of them living their vision of being a blessing to their people, community and their country.”