After a slightly later start to the season, supplies of organic blueberries are building. “We are in the peak of the front side of the season. It feels like some of the later varieties are on track while the earlier varieties are late to start. There’s a lot of volume in the market probably this week and next,” says Michael McMillan of Bridges Produce.

“Washington State has a fabulous crop of mid-late season and late-season blueberries. We will ship through most of September and there’s a lot of Peruvian product coming in very early this season and we’d love to get domestic support to move our crop.” 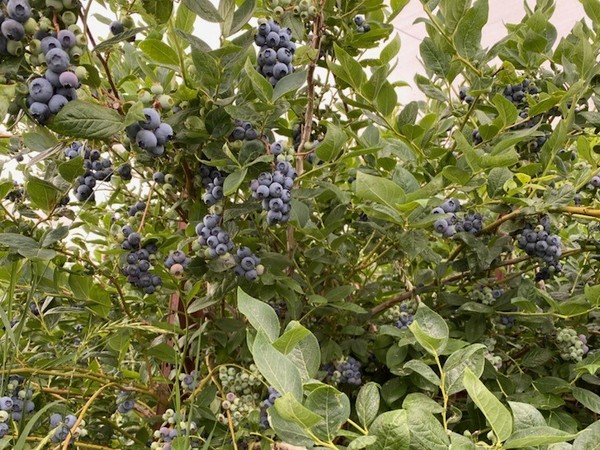 The delayed start follows the cool wet spring seen in the Pacific Northwest. “We had the most precipitation on record in Western Oregon between April and June and temperatures were just below normal over the 10-year-average that just delayed maturity,” says McMillan.

Now that volumes are building, there’s good quality fruit coming from Eastern Washington and that will continue through to week 38. “Right now we’re in a really good position to promote through mid-September,” adds McMillan.

Organic vs. conventional demand
Demand for organic blueberries has been good, but McMillan notes a surprising trend this year. “It feels like the production world has invested heavily into developing organic supply and there’s been much less, especially as we get later into the season, conventional supply available. So conventional has been really tight while organic there’s been fruit available,” he says. “We’re now where some of the retail demand has been filled a bit and things feel fuller. But we anticipate that clearing out in the next couple of weeks and a great August ahead.”

To date, Bridges Organic has done many 6 oz. packages of organic blueberries though McMillan notes this could be a reflection of the shorter conventional market. He anticipates pint sizes being the focus for the duration of the season. 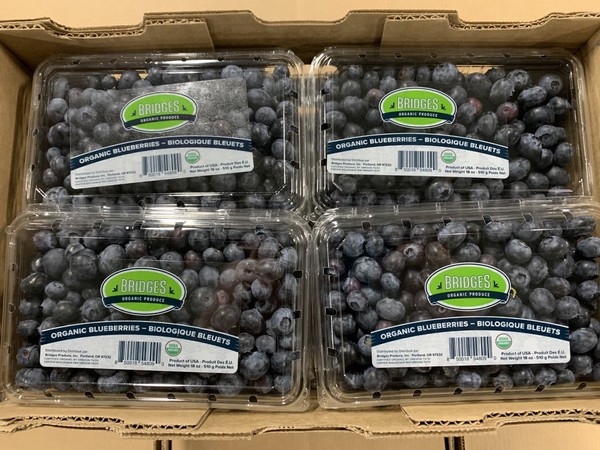 As for pricing, given the increased costs that producers are seeing--McMillan notes that Washington state has some of the highest agricultural labor costs in the country and new agricultural overtime laws have come into place--that inflationary corrections are happening on blueberry pricing. “This being the peak, there is some product being moved at aggressive pricing. Ultimately, we are asking for modest price increases over last season that we’d love to maintain through September,” says McMillan.