Although apples are the main fruit marketed by Blue Whale, some of the arboriculturists in the South-West, mainly located in the Tarn-et-Garonne and Lot-et-Garonne departments, are also specialists in plums, the small gourmet fruit that heralds summer. These two departments alone produce 75% of French plums.

As Claire Fayan, Blue Whale's plum chain manager, explains, "We are a group of French producers in the southwest. As the chain manager, I am responsible for the entire supply chain, from the producer to the packing station and on to the store. Blue Whale is investing in this chain management system to position itself as a plum specialist. 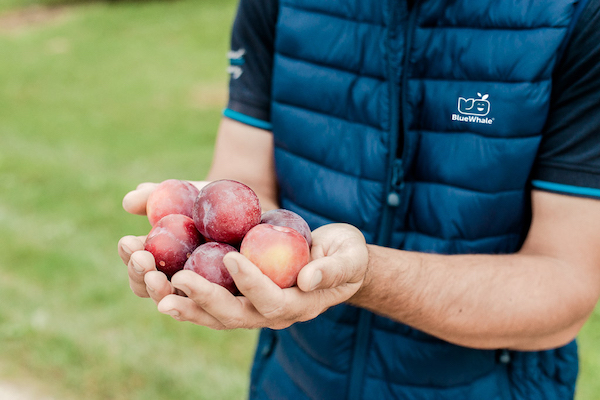 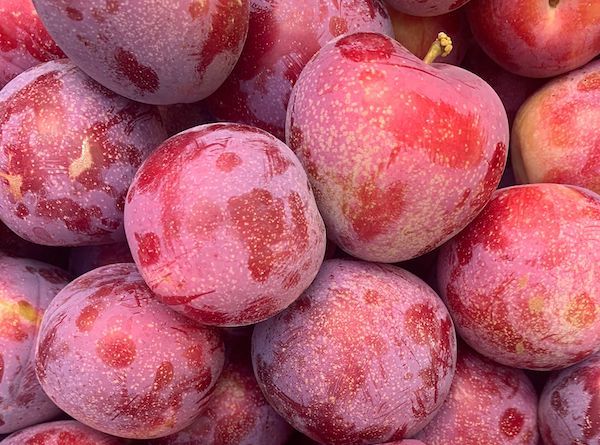 Thanks to its investments in varietal innovation, Blue Whale's basket of plums is rich in flavor and color (red, yellow, green, or orange). To select the best varieties that are both tasty and adapted to its terroir, a dedicated technical team composed of Blue Whale's agronomic technicians and growers monitors 3 trial orchards with an average of 130 varieties under observation and 40 new varieties introduced per year. 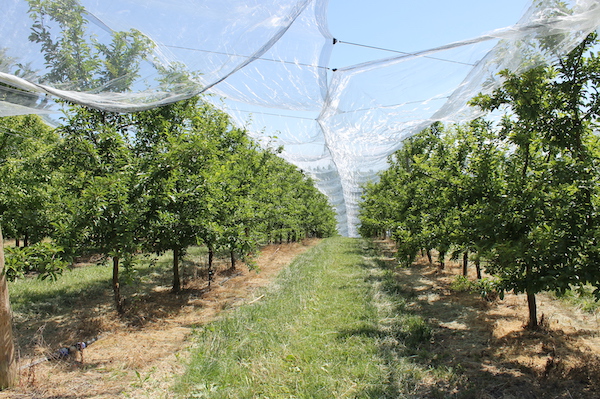 Overall, the Friandise, harvested a few days ago, launches the Blue Whale French plum season. Its name evokes the sweetness of candy. It is an American-Japanese plum, produced by Gradilis Nurseries, which, under its covering bloom is a bright red. Available now, it will be sold until the beginning of August.

As the summer progresses, Sunkiss, Reine Claude, Grenadine, TC Sun... and many others will arrive! 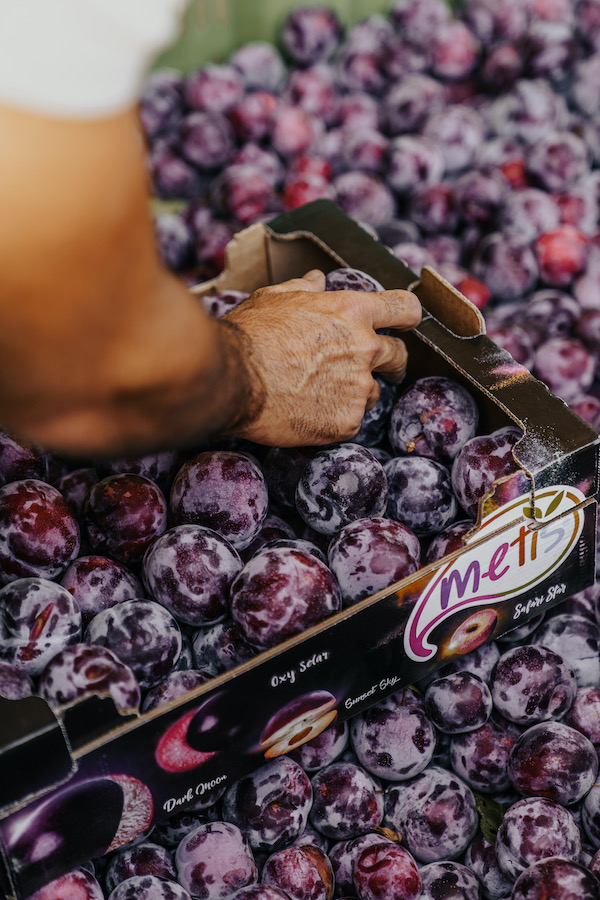 At the beginning of August, the Metis® selective plums, the result of the meeting of a plum and an apricot, will be ready. The harvest of the Oxy Solar range will launch the Metis® France season, followed by the plums of the Sunset Sky range. Blue Whale is the exclusive partner of Metis® in France, 100% of the orchards are HVE certified.

At the forefront of varietal innovation and environmental initiatives, Blue Whale's plum orchard is constantly evolving (1/3 of the varieties in the trial are derived from the development of the Metis® range by its breeder, Glen Bradford). 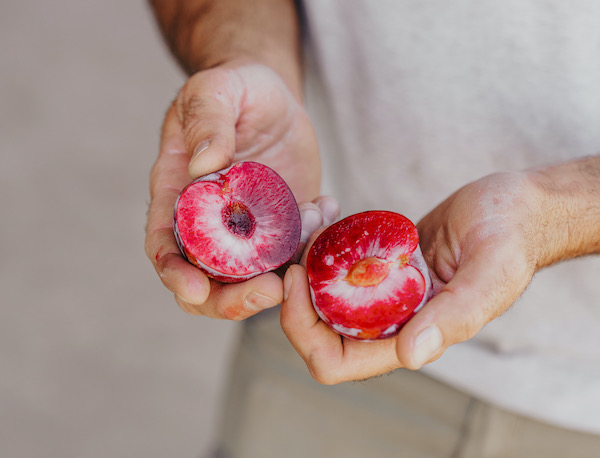 A summer that promises to be sunny and colorful with the French fruit farmers' plums!