"The mood on the German market is very gloomy"

The plum harvest was 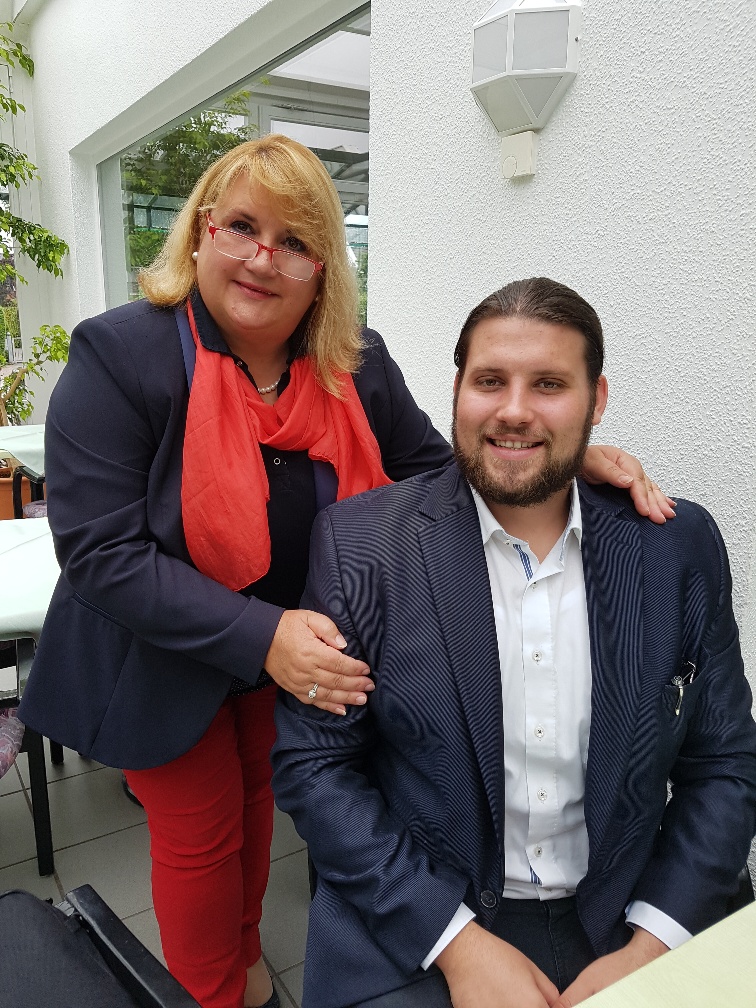 pushed back due to strong storms and hailstorms. This meant that Anneliese Vollweiler from Anevo Trading could only expect the first shipments of the Čačaks Schöne or Lepotica variety last weekend or since the beginning of this week.

Right: Anneliese Vollweiler with her son Jan Vollweiler, who will succeed her at Anevo Trading.

"Due to the bad weather, the German plums ripened faster than the Serbian ones. This meant that Bosnia, where people still pay with the convertible mark, was earlier than Serbia as well. Apart from that, the prices in Serbia are €0.20 to 0.30 more expensive than Bosnian goods. Among other things, this is due to the fact that Russia is buying up a lot. From cherries to nectarines and peaches, just about everything is bought by Russia. Poland also came to Serbia with a lot of interest and money to help itself to the stone fruit," Vollweiler says.

While there is some demand in Germany as well, he adds, German consumers are primarily focused on domestic goods, followed by EU goods, primarily from Italy. "Only then do third countries like Serbia come into play. The plums are of good quality. In addition, Serbia can offer good volumes with prices that are even lower than last year, but are still higher priced compared to Bosnian goods," Vollweiler notes. 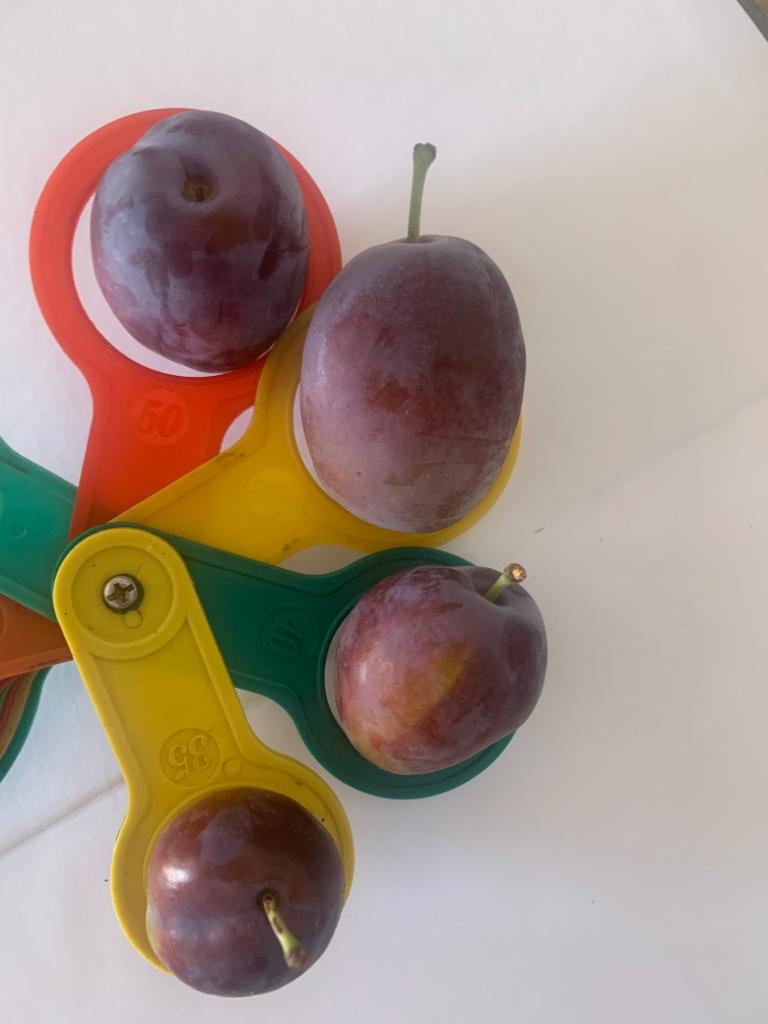 Longer shelf life thanks to Smart Fresh
The produce comes successively from high-altitude regions of up to 1000 meters. The season started around July 1 and will continue until the end of September, approximately. "However, thanks to Smart Fresh, we are able to deliver plums until the end of October. Smart Fresh offers a way to store the produce without sacrificing quality." These are mainly 40-50 mm fruits, but they are not in as much demand on the German market as, say, 32-35 mm goods.

Plums are always delivered in 6-kg units on euro exchange pallets. "Small packages are portioned in Germany, so they can be sorted again. Once the German plum season is over, in about 14 days, we will continue with the next variety, Stanley, until September. With Smart Fresh, we can extend shelf life by five to eight weeks."

Russia still a strong buyer
While thousands of tons of produce were transported from Moldova to Germany last year, she sees no traffic to Germany this year. "The goods may be sold exclusively to Russia. Russian traders buy whatever they can get. After all, food is not on the embargo list the way dual use items are." Goods like sour cherries, but other stone fruits as well, are sold to Russia at top prices, she said. 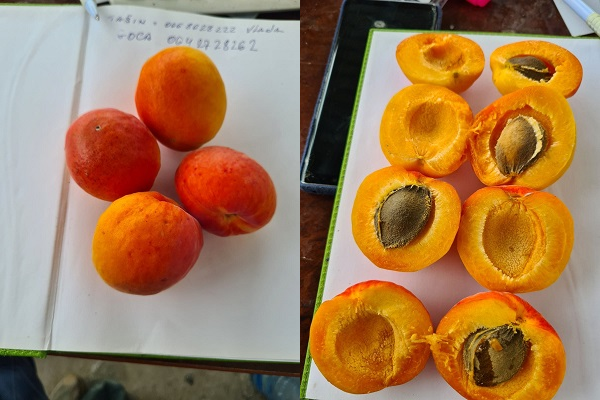 Apricots of the Donaurose variety.

Red-green nectarines cultivated specifically for the Russian market would hardly find any sales in Germany. "The mood on the German market is very gloomy, because consumers spend as little as possible and are really only interested in cheaper goods. Regional cherries also seem to sell less. Consumers mainly go for Turkish or Greek cherries, some of which are offered for half the price. Consumers in Germany are primarily price-oriented."

Production of organic goods stagnates
"Everyone wants to 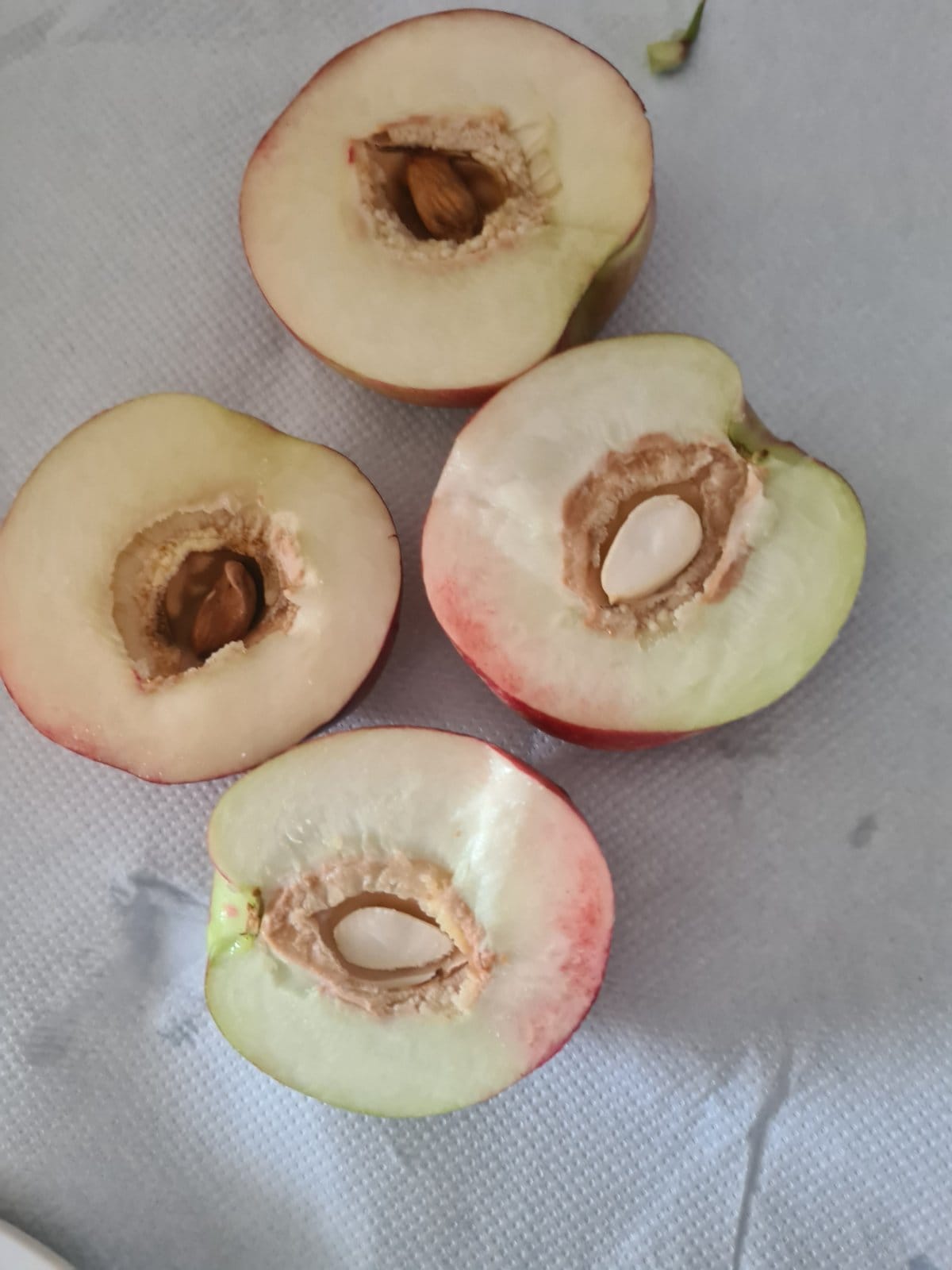 go on holidays, whatever it takes," Vollweiler says. "People are leaving food purchases behind for this and are looking for the cheapest goods. I hear that from my customers, too. And even if the market for organic goods is growing, production has long since ceased to be a priority. Of course, the clientele for this probably consists of a few, mostly privileged households. In the meantime, however, there are also inexpensive organic goods available from discounters. However, you have to ask yourself the question: To what extent are these goods actually of organic quality?"