In recent years, the cultivated and gourmet mushroom segment has developed rapidly and with it the demand for regionally produced mushroom exotics such as king trumpet mushrooms. In 2015, with the help of Korean investors, Germany's first large-scale king trumpet mushroom farm was established in Torgau in northern Saxony.

Thanks to the close partnership with the established and specialized trading company Pilzzucht Mandarin from Meckenheim, the company was able to build up a rapidly growing customer network in just under two years. We spoke with Enrico Müller, quality manager of Mushroom Park Ltd, and Stefanie Wisniewski, head of Pilzzucht Mandarin Ltd, about the successful market entry and the future of German mushroom cultivation. 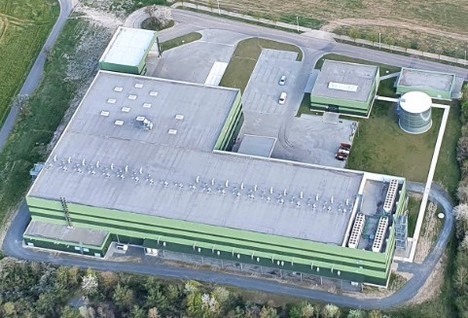 At the moment, Mushroom Park is in its low season, Müller tells us. "Our peak season is clearly focused on the cold season, from  October to May, after which wild mushrooms increasingly come to the fore. In order to be able to move more volume in the summer as well, it is all the more important to express the versatility and freshness that comes with the regional origin of our mushrooms. The king trumpet mushroom needs to be brought closer to consumers, so to speak." 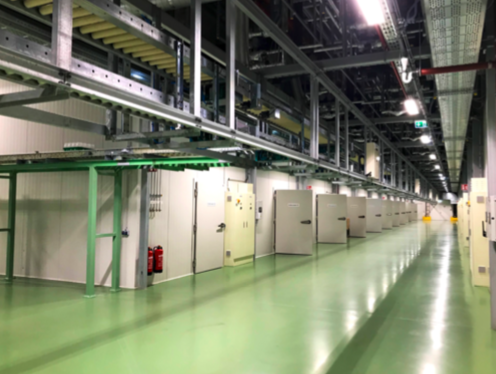 Meanwhile, the Torgau mushroom farm also had to reckon with considerable operating costs. Enrico Müller: "Spare parts for our plants are currently very difficult to obtain. On the production side, we are mainly dependent on natural gas, but price increases of up to 100% are also causing us problems in our in-house substrate production. Fortunately, the customer also bears a large part of these cost increases." 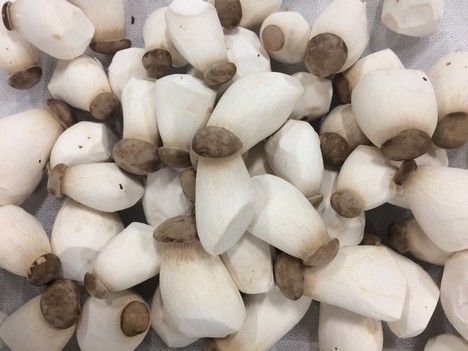 Mini king trumpet mushrooms from Torgau: A distinction is made between mini-sorting (approx. 20% of the volume) and standard-sorting (80%).

High quality, minimal production problems
What is particularly advantageous during these difficult times, he says, is the partnership-based marketing structure with fixed contractual partners such as Pilzzucht Mandarin Ltd. "The high-tech production, the associated know-how and the unbeatable quality of the Torgau king trumpet mushrooms, with minimal production problems, convinced me immediately back then," says accomplished businesswoman Stefanie Wisniewski. 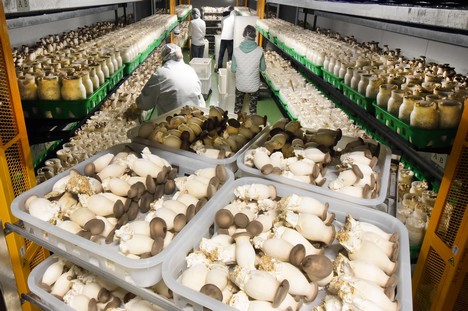 The freshly harvested goods go directly from the Torgau breeding farm to the buyer, so that the transport routes are kept short.

"Since the beginning of our cooperation, we have only been selling Torgau king trumpet mushrooms. The tremendous response from our customers so far in the areas of food retail, wholesale markets and gastronomy has clearly confirmed my move. This is also reflected in the figures: because regarding king trumpet mushrooms from German soil, we were able to double our total volume," Ms. Wisniewski continues. 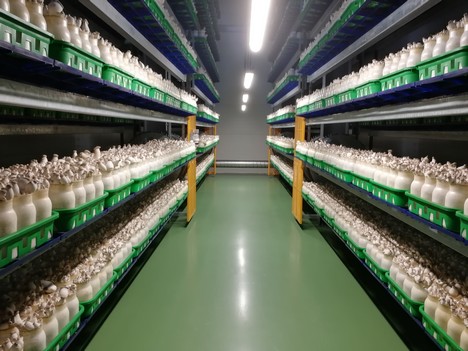 Bottle farming. The production site covers a total of a some 6,500m2 and 39 culture rooms.

Quality manager Müller is also more than satisfied with the cooperation: "The Pilzzucht Mandarin team has taken over sales completely, including marketing, which is why we can devote ourselves to mushroom cultivation. In this respect, this division of labor is a win-win situation for all involved." 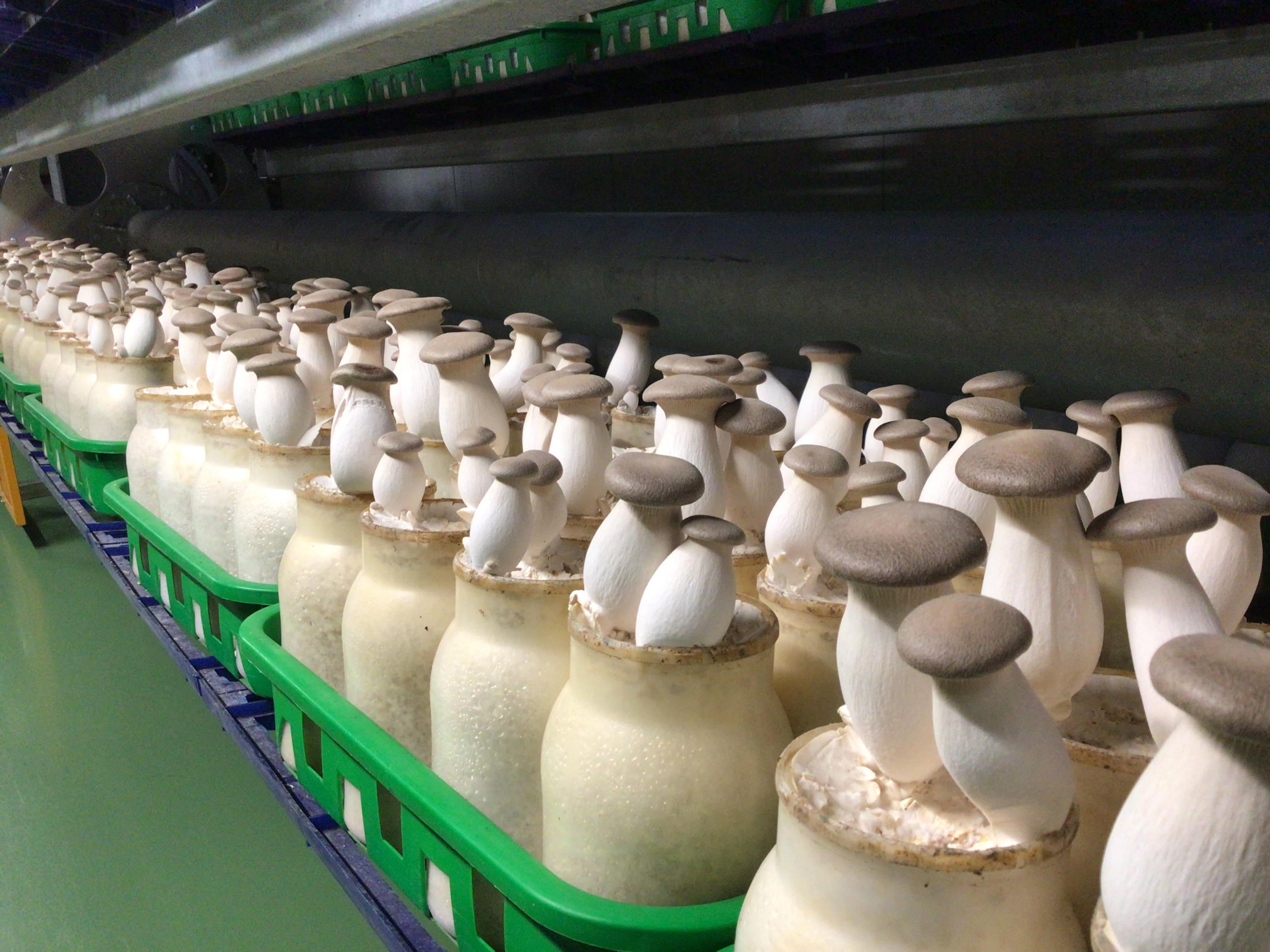 The cultivated mushrooms are still mainly distributed in 2kg multiclists. At the POS, they are mainly offered in 150-200 gram punnets.

Gradual increase in weekly yields
At the Torgau site, up to 23 tons of fresh mushrooms are currently produced and prepared at full capacity. "In terms of production, however, there is still room for improvement. Firstly, we are in the process of further automating our operating processes, and secondly, the harvesting work as well as the subsequent preparation of mushrooms requires a certain flair. This means that the precision of our production staff is continuously increasing, with decreasing failure rates during the cultivation process. Accordingly, I believe a weekly yield of up to 25 tons is possible in the near future," Enrico Müller concludes. 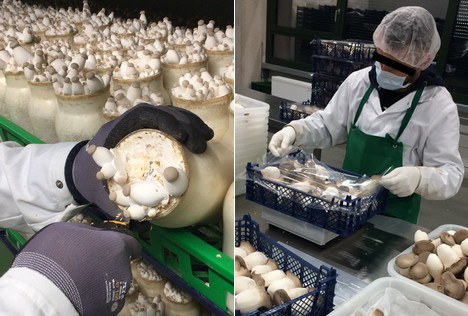 The preparation process: thanks to cooperation with two other contractual partners, the cultivated mushrooms 'Made in Germany' are now available in the UK and the Netherlands as well.