ProducePay has partnered with ALLCOT to create a carbon offset program developed for growers of primary crops. The program is the first component of ProducePay's Sustainably Sourced™ initiative which launches later this year.

A recent feasibility study ProducePay conducted in consultation with ALLCOT to assess the carbon market potential of five produce growers revealed that each grower was well poised to be a future participant in the global carbon market. While voluntary carbon markets have been created for the forestry sector and large securitized crops like wheat and soy in the U.S., there hasn’t been an understanding of the potential role of the $1.3 trillion global produce sector in helping to limit global warming below 1.5 degrees Celsius. 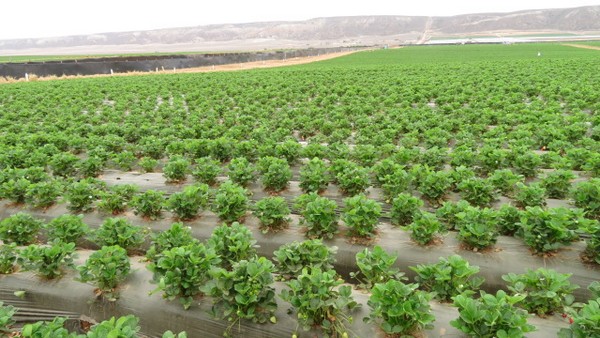 ProducePay has partnered with ALLCOT to create a carbon offset program developed for growers of primary crops.

The study, which examined farms in the U.S. and Mexico growing asparagus, grapes and strawberries, saw that the growers were already performing many of the sustainable agricultural practices needed for decarbonization and ultimately selling verifiable carbon offsets in the international market.

“Too often produce growers are left behind when it comes to the innovation and modernization of the agricultural industry,” said Pablo Borquez Schwarzbeck, CEO and founder of ProducePay. “These growers are sitting on a lucrative opportunity to make thousands, if not millions, of dollars in residual income that will not only help the world mitigate climate change but also create a more resilient future for them.”

ALLCOT has provided ProducePay with recommendations for helping small-to-medium growers develop a road map for adopting additional infrastructure and carbon-smart practices, such as pressurized irrigation systems, alternative farming inputs and implementing water desalination technology, to become fully compliant with carbon market practices. ProducePay expects its program to be a new service offered to growers in its marketplace later this year. ALLCOT has also ensured that the program will meet the international standards of its carbon verification.

“It’s been an honor to join this initiative. We are excited to lend our expertise and rigor in the climate markets space to establish this program,” said Natalia Rodrigo Vega, chief business development from ALLCOT. “Our efforts will equip growers to harness the power of carbon-smart practices to build their businesses, protect the environment and provide community benefits.”

Despite international efforts to reduce GHG emissions, they have more than doubled since the UN Climate Change Convention in 1994. This increase has raised the stakes and given urgency to ProducePay’s study, which was funded by IDB Invest, the private sector arm of the IDB Group. This funding supports ProducePay’s work to develop and implement internal strategies aligned with the objectives of sustainable development and environmental and social best practices at the international level.

By helping global growers access tangible economic benefits, ProducePay remains committed to creating sustainability for the produce industry as well as sustainable outcomes for the environment.