Exporters and producers in Israel are starting to see an increase in business and hope to increase exports in coming seasons following Israel's historic first Free Trade Agreement (FTA), recently signed with the United Arab Emirates (UAE). This follows the equally historic Abraham Accords, which were signed in September 2020, that established diplomatic and trade relations between Israel and many of its neighboring Arab countries. 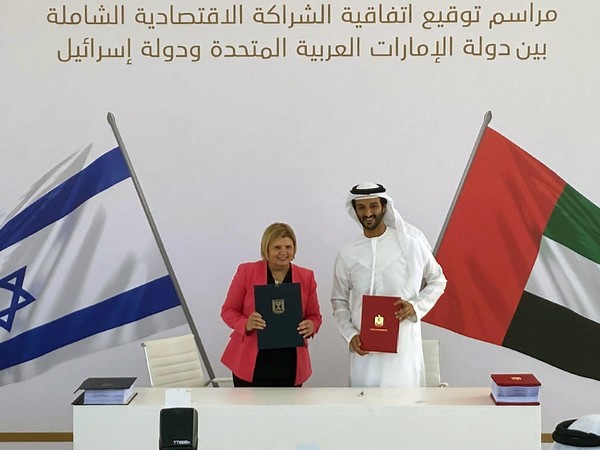 Michael Amar, Marketing Manager of Kibbutz Alumim in Israel, says they were able to export small volumes of carrots and potatoes to the UAE this past season that has just concluded. "They take some of our fruit, even some vegetables, and carrots. They also started taking our potatoes too. This season was a small start. I hope it will be bigger and bigger. A lot of Israeli companies help them to build farms, warehouses - everything. I hope trade will be better after 1 to 3 years, that it will be more intensive. Although they pay low prices, if the prices are good to cover our costs, we can compete."

Since the establishment of the Abraham Accords, trade in goods between the United Arab Emirates and Israel has significantly increased, reaching $885 million in 2021. With the FTA, an additional 2% of the list of imported items (152) received a customs benefit. Among other things, tariffs were dropped on vegetables and fruits.

However, Amar says: "everything depends on the freight costs as well as the speed at which we can get our produce to these markets. There is a small problem with the transport. Because we don't have an official relationship to use trucks to take produce, e.g., via Jordan, the cost will be high due to the fuel costs, which are crazy now, but it will be much quicker. Therefore, we have to ship our produce to the UAE, which takes three weeks to arrive. Like the rest of the world, we are dealing with a lot of problems. The cost of the fuel and drivers and everything else is just increasing."

Amar says Israel-based exporters have been able to trade with companies in neighboring Jordan, where they have good business relationships. However, Egypt is a direct competitor. "The Jordanians take what they need from us, although they have a small agricultural sector, and we buy from each other. In Egypt, the market prices are too low. They won't pay our costs. They also compete with us in Europe. This past season they did a good job in potatoes and carrots."

"The UAE is a beautiful place to visit. I've been to Dubai too. Their hospitality is great. They were very nice to us, and they are good people. They are open to trade with everyone. There is no problem with Israel. I hope it will be good, and we can trade with them more and more in coming seasons," concluded Amar.