"We don't know how the drought will affect the mango harvest, but it is expected to reach 30,000 tons"

The drought recorded this year in the subtropical fruit producing area of Axarquia, in Malaga, where the sector has also been struggling for years with a lack of infrastructure and water resources, has generated great uncertainty when it comes to the next mango harvest, which will kick off in September. 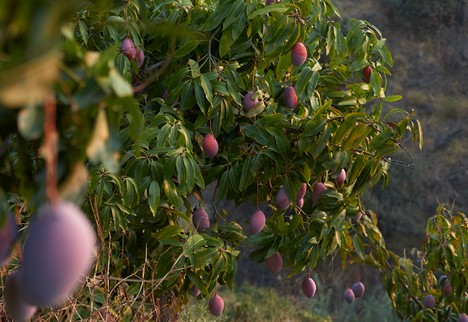 "Despite the fact that there has been a very good flower setting, the lack of rainfall in the area, which accounts for more than 90% of the national mango production, is filling us with uncertainty as to the expected volumes," says Domingo Medina, vice president of the Spanish Tropical Crops Association. "The availability of irrigation water has fallen far below what is essential. We don't know if the trees will withstand such water stress, but if they do, the volumes could be 10-15% higher than last season."

According to Medina, the limitations in the supply of irrigation water and the lack of infrastructures to allow the implementation of climate control systems to tackle extreme heat are "part of the reasons why the mango production has yet to reach 30,000 tons, when there's potential to reach around 40,000 tons."

The drought will have a direct impact on the size of the fruit this year. There will be an abundance of medium and small-sized mangoes, although Domingo Medina says that "the organoleptic quality will be very high."

With a growth of around 1%, the mango acreage has remained pretty much stable over the last 3 years, with the Osteen as the dominant variety, with around 70% of the total. "The Keitt is the second most planted variety, representing around 20% of the production, and it allows us to extend the season until November. Meanwhile, the Irwin, which used to be a promising variety due to its gastronomic potential, is no longer of interest to growers due to the difficulties involved in its cultivation," says the vice-president of this entity.

With a duration of about 3 months, the Spanish mango campaign is short compared to other overseas origins. "Despite the fact that, in the European markets, the quality of Spanish mangoes is superior to that of the overseas mangoes, there are operators who prefer to continue sourcing from origins such as Brazil, in order to ensure a continuous supply at a good price," says Medina.

This year, more producing companies of the Axarquia and the Tropical Coast have adopted the recently implemented Mango of Malaga and Granada quality seal, promoted by the Spanish Tropical Crops Association. "When marketing agri-food products, it is becoming increasingly necessary to back them through seals that guarantee their quality and origin. The consumers will then know that they are dealing with a quality product that stands out from those coming from other countries. We hope that this will generate greater added value that will be reflected in the prices.