Fresh Produce Association of the Americas

On June 7, the FPAA hosted a business round table meeting with Rep. Greg Stanton.

After earlier visiting Customs and Border Protection and Border Patrol, Stanton and his team met with FPAA and community leaders to discuss topics ranging from trade to infrastructure to labor, trucking and the overall economy. FPAA chairman-elect Rod Sbragia spoke about the importance of the Arizona delegation supporting the FPAA position regarding seasonal produce in U.S. trade law. FPAA reiterated how any change to the U.S. dumping law that created seasonal protection would in turn invite foreign nations to challenge U.S. exports of fruits and vegetables on the same basis. Stanton, who has signed various letters supporting the FPAA position, said he understood the importance of the industry to Arizona and the nation. 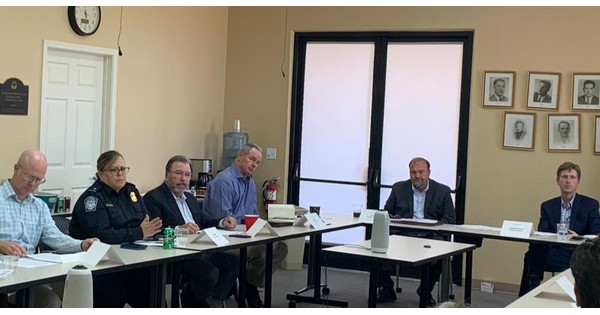 On June 7, the FPAA hosted a business round table meeting with Rep. Greg Stanton.

Rep. Stanton, who serves on the House Transportation and Infrastructure Committee, asked about infrastructure needs in Nogales. Participants explained the various needs in the region, including Exits 12 and 17 and the bridges along Grand Ave. Other leading members of the community, including Santa Cruz county supervisor Bruce Bracker, were present for this economic round table.

“Congressman Stanton sees the big picture about the border,” said Jungmeyer. “From security and trade to the state’s water crisis, his passion for addressing Arizona’s most pressing needs is evident.”