How do things stand with robotics in fruit cultivation and what is the business case?

Robotics is developing rapidly, and fruit cultivation, too, is mechanizing at a rapid pace. That is why, in the Netherlands, the recently opened Fruit Tech Campus brought the fruit sector up to speed during a true 'Robotics Day'. Are the robots ready for use yet? Can it be done profitably? Or has the stage where fruit remains unharvested due to a lack of willing pickers already been passed? 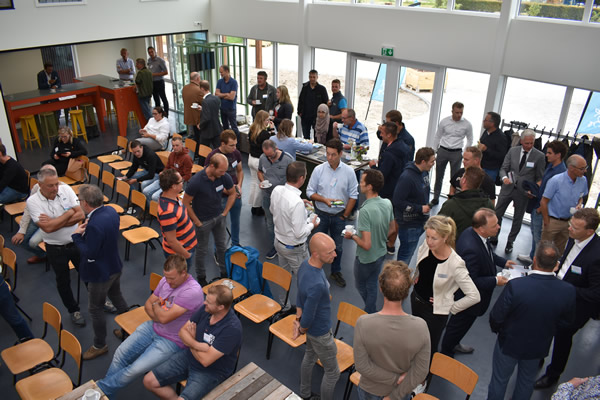 Key speaker Han Fleuren of Fruitboomkwekerij Fleuren contemplated how robotic harvesting could affect the orchards of tomorrow. He did so by taking the guests on a journey through the 100-year history of his family business, started by his grandfather. His father introduced the 'knip' tree, and now Han sells, in addition to fruit trees, mini-trees and measuring systems for the orchard.

Han also shared his experience of a cherry crop he encountered in Chile. It was set up kiwi-style, which caused the cherries to hang down. "That must be music to robotizers' ears. Will that work for top fruit too? No idea, but the future isn't about who's the strongest or smartest, but who can adapt best," says Han. 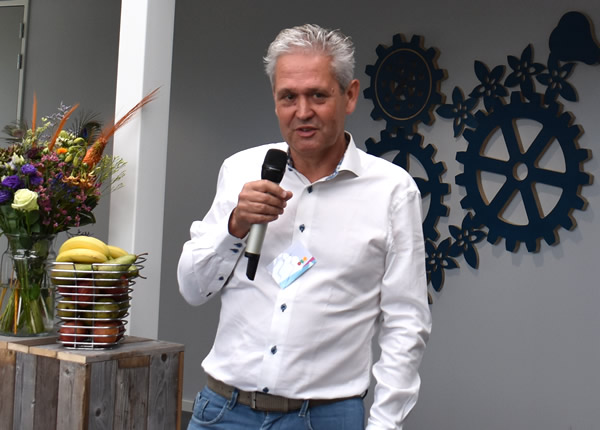 But what is a robot's business case? Can it be used in a short picking season? Would that not always be an issue when fruit in Europe remains unharvested due to a lack of pickers? Accountant Evert Tijssen of Tijssen Accountants has made the first rough calculation. He worked out an average example from his client portfolio.

For a 20-hectare apple farm, Evert came up with 13 robots that pick 30 apples per minute. Required annual costs: €9,154. However, the accountant gave the audience food for thought. "Do the math yourself. What are the expected economic life, energy consumption, purchase value, financing, and maintenance costs? And can the robot pick 100% of the crop?" 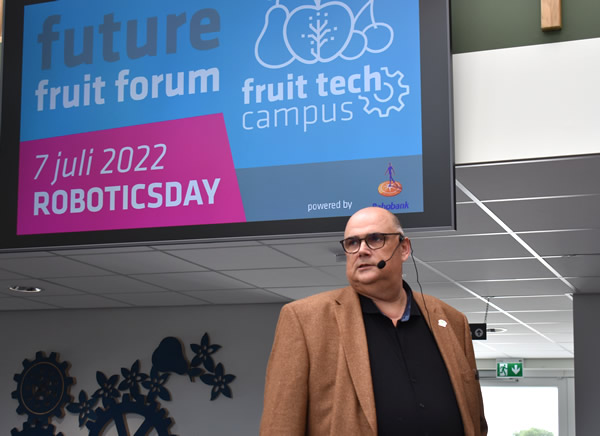 Day chairman Harrij Schmeitz pointed out robotization's impact. "It's not just replacing people; it's about the total concept. It's a system innovation that affects the business people, their crop, and their entire company. But the developments continue. Who'd have thought a few years ago there'd be an entirely unmanned, fully functioning, fully robotic sprayer?"

What is remarkable is the cooperation between many companies and major automation firms. For example, Priva Kompano's new name, Octiva - the recent merger of Priva's horticultural robotics and Octinion's agricultural robots - recently partnered with Germany's Continental. Octiva developed a mobile platform that allows devices to move autonomously and safely through the greenhouse.

All existing and new uses, such as UV-C treatment, leaf-cutting, or strawberry picking, will happen on Continental's autonomous platform. CEO Tom Coen says he wants to standardize as much as possible to be profitable. Ten of millions of euros have already been invested, and Coens expects as much more could be possible. "Everything is about the business case. We want to sell thousands of systems a year." 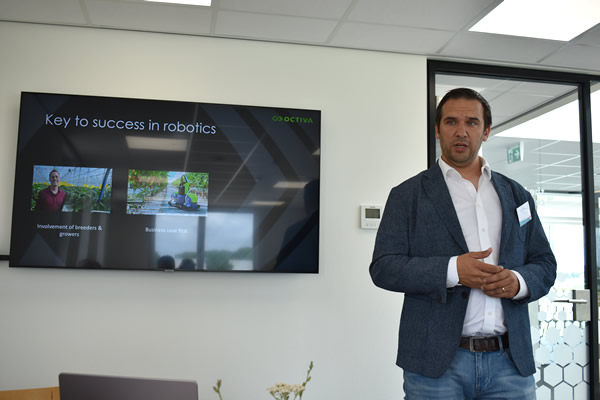 The British company, Fieldwork Robotics, is commercially testing its raspberry harvesting robot for the first time in Portugal. CEO Rui Andrês explains the developments via an online link: "We started with raspberries because this is perhaps the most difficult, fragile fruit to harvest robotically. Also, there's a huge global raspberry market."

"If we succeed with raspberries, we should be able to use it for other fruits too." Andrês adds that robots will never reach manual picking speeds. "But this robot works 24 hours. It even works better at night when it detects the correctly colored, ready-for-harvest raspberries more easily." 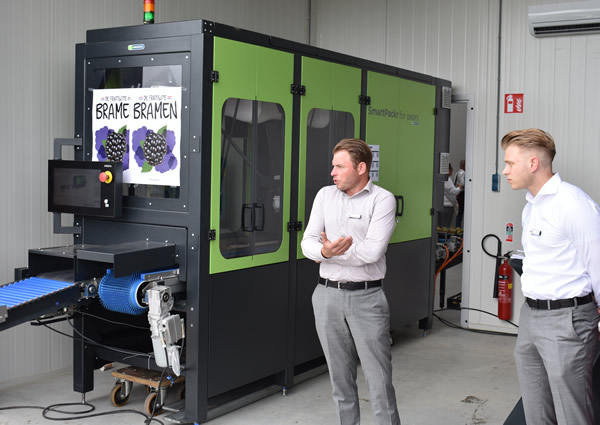 Where harvesting robots are still mostly a thing of the future, Greefa demonstrated the packing facility's next step. Their robot can pack both apples and pears to specification. This machine can pack up to 120 of these fruits in so-called packing sheets per minute. And the pear's shape is no longer a problem.

User Vogelaar Vredehof was delighted with the packing robot. They say the Dutch and Belgian markets are moving toward small fruit packs. These packing robots' advantage over harvesting robots is they can often be used year-round. "Robot makes money when they stay busy, but you have to have work for them," observed Sander Reukers of Greefa soberly.

"It's only the beginning. What's next?' That is how closing keynote speaker Roel Steenbergen, Rabobank Tech lab's Technical Innovation Manager, was introduced. He discussed the latest technology trends and what that means for business people and their companies. "Right now, a new internet is being built."

"That's going to affect how we communicate with each other." Roel says the metaverse - 'a virtual world where people can work, play games, and relax" - is increasingly going to infiltrate the real world. The day ended with drinks, and the under-35 Future Fruit Forum participants could take part in the Young Fruit Pro BBQ for free. Nothing virtual, just with a beer and a kebab in hand.