The English cherry harvest is underway with the first early varieties picked in Hereford roughly three weeks ago, and soon to be in full swing.

According to Ben Goodchild, Sales and Procurement Manager at Nationwide Produce, the cherries are looking fantastic, with good sizing and flavour.

“There is still a lot of imported fruit around from the Benelux countries, especially Belgium, and also Turkey entering the fold, so growers have left the fruit on the trees a bit longer which is helping achieve larger sizing. Some of the imported cherries would normally go to the Russian market but that is not an option this season, and as such is being pushed towards the UK.” 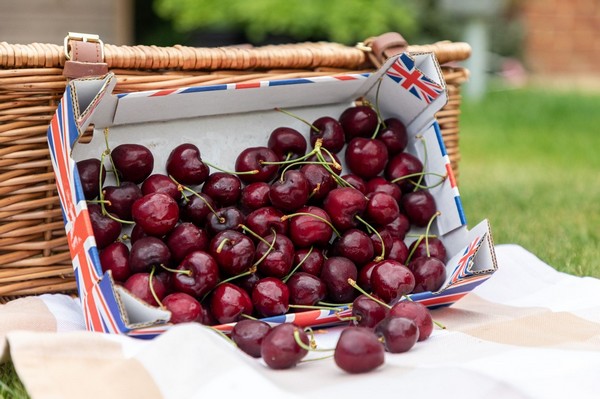 Nationwide Produce buys British cherries from growers in Hereford and Kent. The cherry and berry part of the business is a recent addition to the company’s portfolio.

“There does currently seem to be a bit of pushback from some retailers on price, due to an abundance of imported cherries. Import fruit in London markets can currently be delivered at £4-£4.50/Kg for 30mm and £3.50-£4/Kg for 28mm, it is very challenging for British growers as the cost of production means they need more than this ex-farm. Hopefully the imports will end soon to ease the market, and allow UK produce to attract the returns they need.”

The top-end UK retailers will focus their ads on British fruit when it’s in season and when there is a good crop will do promotions. Unfortunately, this does tend to go hand in hand with lower prices, rather than celebrating a product that can still be seen as an affordable luxury 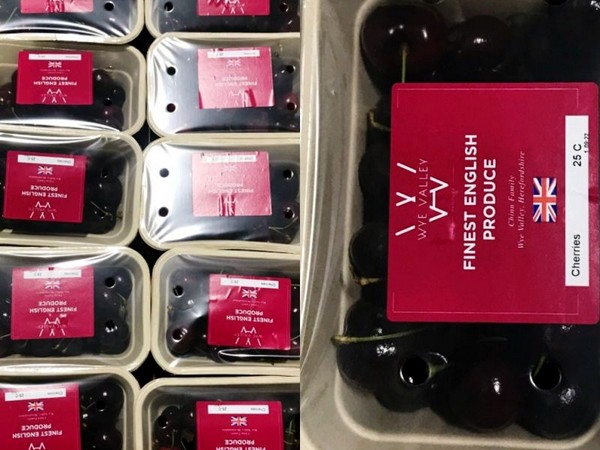 “Not every year is a vintage crop, its very weather dependant, a tree takes three years before seeing fruit, and 4-5 years to get good volumes so growers need good prices to be able to invest.”

There has been investment in the cherry sector in recent years with growers going from bird/ hail nets to more robust tunnels for better protection, but this comes at a cost and is a big gamble for growers on a crop that could easily fail.

“Export of UK cherry is still small scale, it is a huge opportunity but also comes with risks if you don’t have people on the ground and most people don’t have that network in place yet, although there has been good progress in exporting strawberries in recent years.

“Demand can also be fickle, if the weather is good sales increase for a few days then drop back to normal levels. People are asking for British cherries but when they are in the market alongside imported cherries which are half the price, the cheaper ones may appear more attractive.” 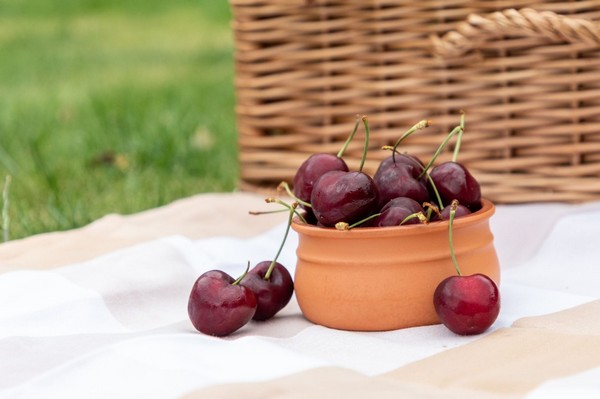 Ben said that he has had the privilege of working alongside growers for many years and has seen how a few wholesalers have backed British produce and will always try to get a good price for a quality product, but as a nation we are still trying to get the best quality for the lowest price.

“The shortage of labour is also influencing what and how much is grown now. Smaller local growers with 5-6 workers who come back year after year are doing okay, but larger producers who grow multiple products are now looking at which crops they have to sacrifice in favour of which is giving them the better return on investment. If growers are not getting the returns they need then they can’t invest for the future.”