Rijk Zwaan presented an increasingly extensive palette of colors, sizes, flavors, and textures at its Melon and Watermelon Event 2022, which began on July 4 and runs through July 12. Under the slogan 'Colorful life', it has revealed its new small watermelon, yellow watermelon, melon Galia, yellow and Charentais melon varieties, among other solutions that focus on a wide variety of markets and consumers and that have really surprising flavors that seek to compete with other fruits, such as pineapple, mango, or stone fruit.

Mini watermelon with similar productivity to conventional sized watermelon
Perhaps Rijk Zwaan's most innovative proposal in watermelon is its new black watermelon variety weighing 1 to 2 kilos - depending on its cultivation mode, planting frame, and harvest dates - for personal consumption, Corellana, which is part of the Candy Ball category. 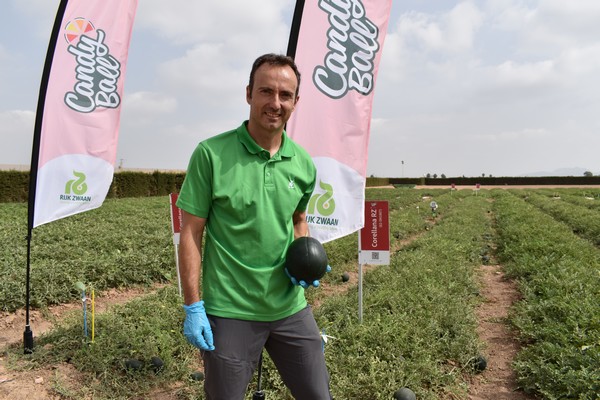 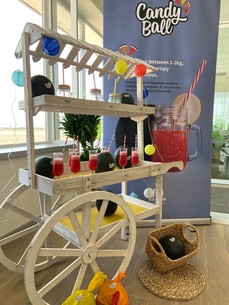 "This variety with micro seeds, which will be commercialized in next year's campaign, stands out for its high productivity despite its size, as well as for its great and consistent flavor and post-harvest. From now on, mini watermelons, which have a high added value for their convenience, are no longer at odds with good yields for producers,” stated Javier Climent, watermelon specialist at Rijk Zwaan.

This watermelon maintains stability in caliber at all dates of the national collection, with a sale aimed mainly at countries in northern Europe.

Watermelons with different colored pulp, unconventional skin, and no seeds
Within the Tropical category of Rijk Zwaan, there are new varieties of yellow meat watermelon, such as Tropical Sunshine, with black skin and early cultivation in Spain, as well as 62-TT3676, a very juicy striped watermelon, which will be marketed next year. “Yellow meat and striped watermelons have a stable consumption niche. They are most popular in Eastern European countries. Our new Tiger variety consistently improves internal quality,” stated Javier Climent. 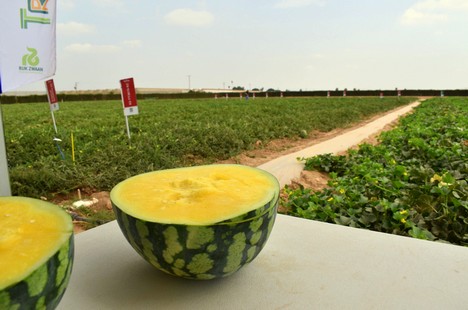 In the seedless watermelon category, the company will also launch to the market the new Altata triploid variety, a Crimson skin, late cultivation, medium caliber watermelon for export that produces round fruits of 4 to 5 kg and has a good post-harvest life. In the Sandissima category, the new Balos variety stands out, a Crimson of 3 to 4 kilos also for late plantings that serves both as a pollinator and as a monoculture.

Novelties in Piel de Sapo, Long Galia shelf life, and Charentais, among others
The company presented its new Piel de Sapo material that complements the traditional Spanish melon consolidated varieties for the domestic and export market, improving its resistance to powdery mildew and aphids, as well as added value that improves efficiency in production costs. 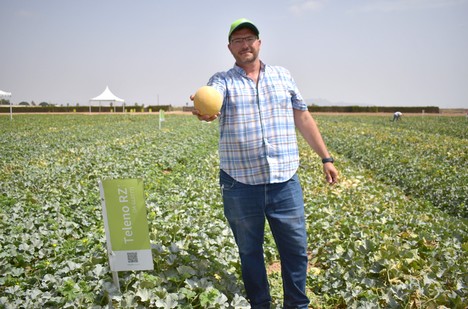 The novelty in Long Galia shelf life is Teleno, a late cultivation variety in Murcia and in Castilla-La Mancha, which stands out because its plant is very vigorous, how easy it is to collect, and its striking skin design, color, and productivity. It was designed for export to countries in central and northern Europe and weighs approximately 1 kg. 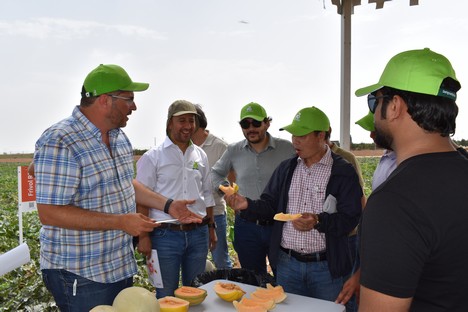 The company held melon tastings on the opening day of the Global Melon Event. The visitors from all parts of the world were able to taste different flavored, unusually colored, melons and watermelons that had citrus and tropical nuances. "We are really seeking to boost the consumption of melon and watermelon with new flavors, colors, and sizes that adapt to all types of consumers in any country. "We want melon and watermelon to have access to new consumer spaces so they can compete with other fruits," stated Bernando Cuenca.