“Our season got off to a bit later start than normal. Tree ripened and colored fruit takes its own time to mature.”

So says Eric Christensen, founder of Fruition Sales - Ripe to You® based in Reedley, California, a small-sized navel orange packer, as he looks back at the California navel orange season. “We started in early December and was then interrupted by record-breaking rains that hurt some of our January promotions,” he says. “It brought much-needed rain and we anticipated a strong growth period for the fruit.”

As the season progressed, both January and February were record-breaking dry months and fruit sizing stalled. 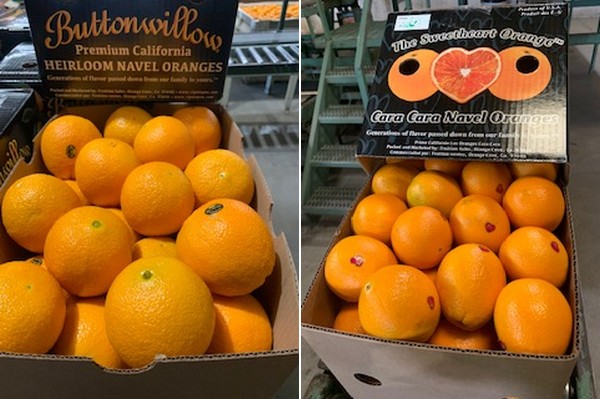 Good-eating navels
However, the fruit quality was strong. “The dryer weather and a superior eating experience helped move the fruit,” says Christensen, adding that Fruition Sales touts the fruit qualities of the Washington navel and says it was one of the first packers to gain an SKU foothold with the “Heirloom navel” variety. “Our management of the crop was easier because the fruit held up well on the tree,” he says.

Fruition’s programs run towards larger fruit in open sales (instead of bags) and Christensen says good sales on 88/113 were hard to come by. “The bit slower movement might have been due to pricing that was higher than past seasons. But in the end, we were able to cover our clients' wishes to let the fruit grow and hold volume until the end of May. All in all, it was a year that was manageable and profitable for both sets of clients, growers and retail buyers,” he says.

Indeed, pricing on navels this season had been set high for larger prime sizes earlier and then subsequently stayed high due to the small fruit in the bin. “The larger packers were rewarded with even higher pricing in June,” Christensen says.