"It's perfect cherry weather," says Gijsbert van Randwijk of Van Randwijk en Van Doorn Fruit in the Netherlands. He grows cherries under cover on an area of around five hectares. "The cherries have had a lot of sun this spring, which makes them much tastier and bigger. That's what people come back for." 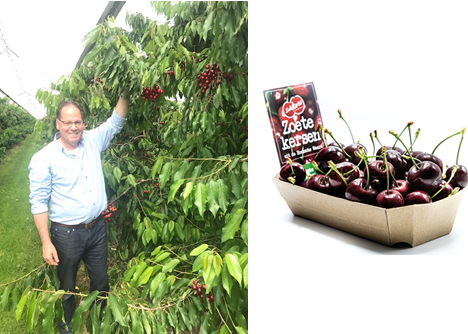 "Last year, the cherries were much smaller and less flavorful. Even though there were far fewer cherries then, it was still a difficult year. Now, so far, sales are going well. It's not too hot, and a shower now and then doesn't hurt the cherries. The prices were good for a long time, but, on Monday, they dropped a bit due to increased supply," says Gijsbert.

"We haven't even begun harvesting the Kordias. We're currently hard at work picking Giorgia and Grace Star. Tree Nursery Fleuren's early Prim varieties have also done very well this year. These are similar to the Burlat, just much firmer and larger, and have really given good kilos already this year. I used to consider the Kordia the best variety, but more and more varieties are coming close. Cultivation-wise, it's not even the best variety anymore, although, in terms of taste, it remains a true winner." 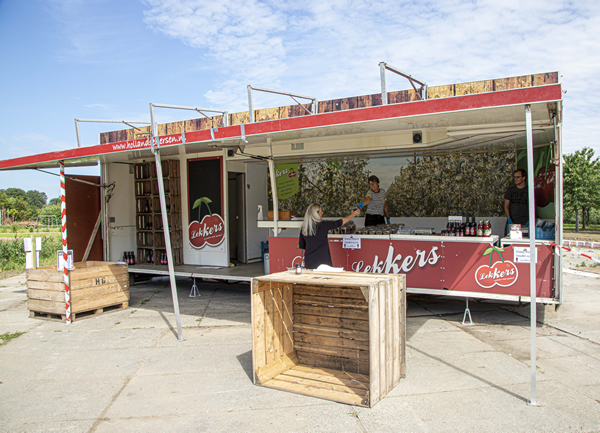 "One advantage is that, presently, there aren't that many imported cherries on the market. Supermarkets used to continue with import cherries for much longer. Now, they start with Dutch cherries as soon as there are good ones with good volumes. That balances the market better. If we couldn't sell to retailers, we'd have had too many cherries," explains the grower.

Van Randwijk en Van Doorn Fruit sells its cherries to local wholesalers and at a few of its own sales points. The company, for example, has a new cherry stand with a terrace along one of the Netherlands' provincial highways. It has two other stores in different locations too. "At the moment, many people are out and about on their bikes, and most will buy a box of cherries. The cherries are super fresh, and people are genuinely eager for them. And if they taste good, people always come back for them." 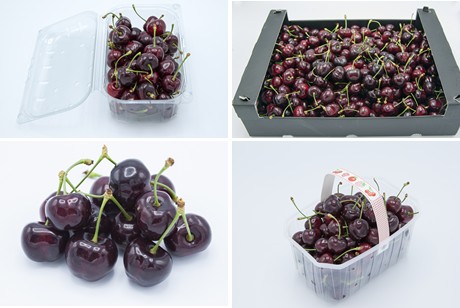 In the Netherlands, 75 of 80% of cherries are grown under cover. Belgium is at 25%, but those growers are catching up, says Gijsbert. "We're generally delighted with the season so far. However, you can only truly take stock when the last ones have been picked." Van Randwijk traditionally closes the season with the Regina variety. "Then it's all over again, and we prepare for the apple and pear harvest," he concludes.