José Antonio Márquez Domínguez: "Pickpick could be a revolution in harvesting methods"

"We have managed to increase the blueberry harvest by 5 kilos per person, per working day"

The problem of the lack of qualified personnel for the harvest is reported every season in Spain, and is becoming more evident with those crops which, like blueberries, are more demanding in terms of labor due to the fruit's characteristics and the complexity of the harvesting process. Besides, not only the availability of personnel is important to ensure the profitability of a farm, but also their efficiency.

This idea came to Huelva-born José Antonio Márquez Domínguez while he himself was picking blueberries on a farm in Moguer and was able to experience for himself the difficulty of this work, which led him to create a tool as simple as it is ingenious to facilitate and speed up the harvesting of small fruits: the Pickpick picking gloves. 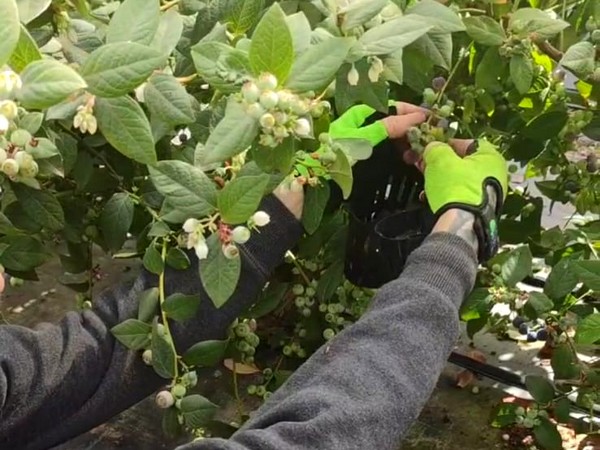 "After a long year and a half working on the product design and testing it in the field, last year we finally presented Pickpick at Fruit Attraction," explains José Antonio. "Pickpick are gloves that include a basket that helps in the harvesting of fruits such as blueberries, which have to be picked individually. The gloves allow full mobility of the worker's hands, and the fruit being picked falls into the basket, which has a retainer to prevent the product from falling to the ground while moving around, without the worker having exerted any kind of pressure on the fruit."

Higher productivity and quality in the harvest, and also better occupational health.
"In all the tests we have done in different companies in Huelva, comparing the results between workers picking by hand and workers using Pickpick, as well as between experienced workers and people with no experience in picking, we have verified that the volumes picked with the use of Pickpick gloves increase by between 15 and 25%. The quality also improves, as the fruit is less likely to suffer damages. The quality, in fact, is unbeatable," says José Antonio. 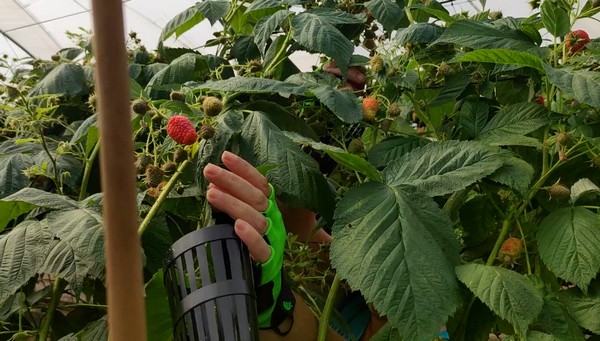 The benefits of using this clever tool are not limited to blueberries, though. "We have also tested Pickpick on other crops, such as coffee and cherry tomatoes. The tests to check its effectiveness in coffee harvesting were carried out in Agaete, in Las Palmas de Gran Canaria, and tomato harvesting was tested in Granada, obtaining very good results. In the test in Granada, pickers managed to harvest two 13-kilo boxes more with the gloves than by hand, while also working very comfortably." And we shouldn't forget that comfort and well-being facilitate occupational health. 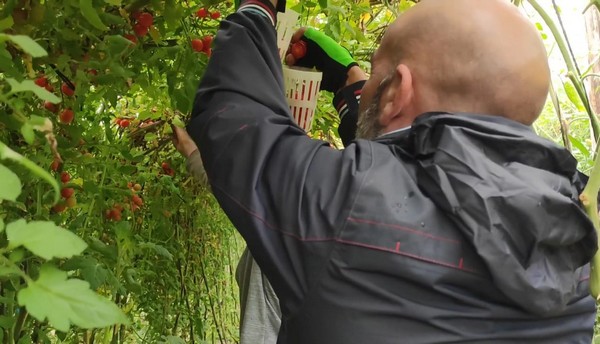 "Also, the size of the basket, which can hold up to 200 grams, reduces the number of movements that workers have to make to release the fruit they are picking. In the case of cherry tomatoes, the number of movements goes from 3,500 to 500. These 3,000 movements that the worker stops making mean greater productivity, because that time is being used to pick more fruit, but also, and very importantly, greater occupational health for the worker, which should help prevent people rejecting the idea of working in agriculture."

"After this year's experience, my plan is to continue using Pickpick"
One of the Huelva-based entrepreneurs who has tested the effectiveness of Pickpick this season in Huelva has been blueberry grower Ángel Ramos, of Cachorro Berry, a partner of Cuna de Platero. "When José Antonio Márquez presented the picker gloves to me, I tested them myself before handing them out to my workers. One of the most important factors is that the quality of the harvest improves considerably," says Ángel. 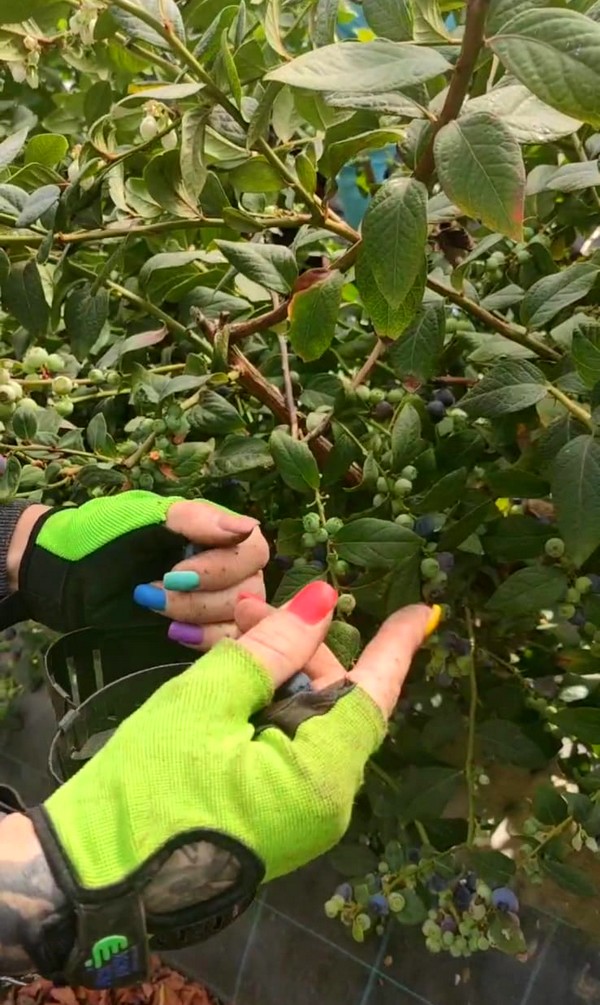 "The balance by the end of the season was that the harvest had increased by about 5 kilos per person per working day. In fact, this season I have hired a total of 180 people to harvest on my farm, compared to 213 last year. The need for workers has thus been reduced by 15%, which has considerably helped reduce costs compared to the previous year."

"After this year's experience, my plan is to continue using Pickpick in the future. In fact, I am recommending it to my co-op members, because it is a very interesting work tool."

Pickpick is already supplied in Huelva, Morocco and Portugal by Suministros Sanjorge and in central and northern Europe through Vlamings. "Very soon we expect to close a contract with a firm in Valencia for the product's distribution in Latin America, and we are seeking contacts that can help take Pickpick to the United States and Canada," says José Antonio. "The quality of the fruit is higher, the workers can do work more comfortably and entrepreneurs make more money. If we want, Pickpick could be a revolution in harvesting methods."